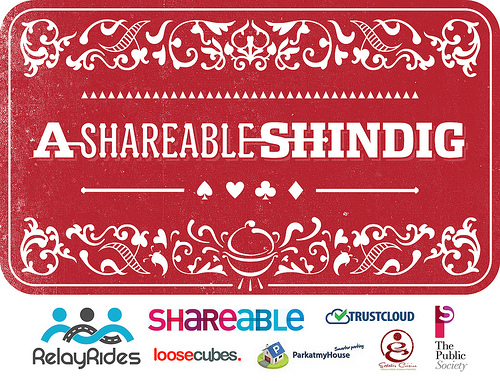 Connecting with new people face-to-face is a major reason people go to SXSW, but making connections that last past the obligatory business card swap can be a challenge. So when Shareable began planning its SXSW party, we looked for new ways to design a shared social experience, to bring strangers and old friends together and forge lasting relationships. This was the case at SHARE Austin!, the SXSW party we threw at East Austin watering hole Cheer Up Charlies on Monday, March 12. 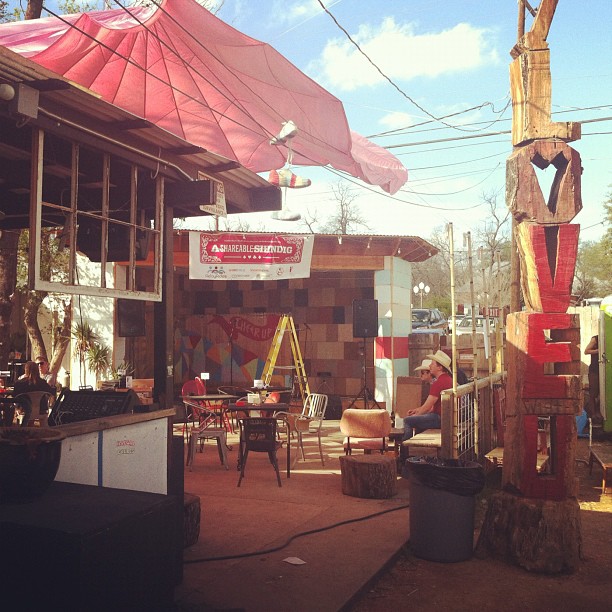 Sponsored by RelayRides, Loosecubes, TrustCloud, and ParkatmyHouse, with graphic design by The Public Society and gourment Texas BBQ by local organic caterer Ecstatic Cuisine, SHARE Austin! brought together members of the sharing community from around the world for good times, new connections, gourmet Texas BBQ grub, and some much-needed libations to cool down in the Texas heat. 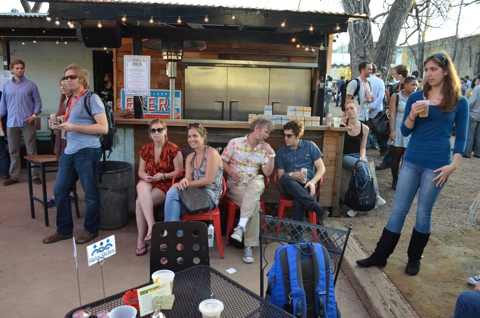 So how do you put a sharing spin on the SXSW party experience and encourage people to make new connections? The first of the sharing experiments was a game of People Poker. Each attendee was given a poker card and instructed to find attendees with a matching card. The experiment was scalable, as well: people who found two matches got a free cocktail at the bar, while folks who found six matches drank free for the entire night. Seven strangers found six matches a piece, and became fast friends over a few drinks.

This was followed by a Miracle Fruit taste trip, during which everyone in attendance took natural tablets which made the sour fruits handed out—lemons, limes, oranges, and grapefruits—taste delectably sweet. 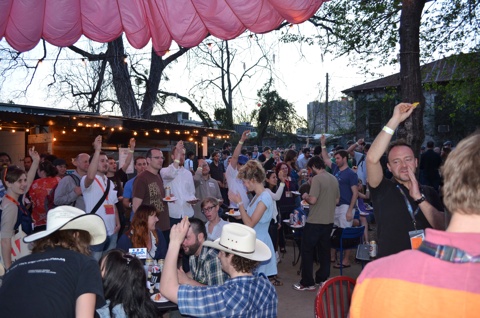 The taste trip in action. Photo by Jamie Shea.

Music came courtesy of Austin's ace honky-tonk band Mike and the Moonpies, which inspired swing dancing in the crowd, followed by psych-pop outfit The Preservation, who provided an expansive rock sound well-suited to the balmy Texas night. 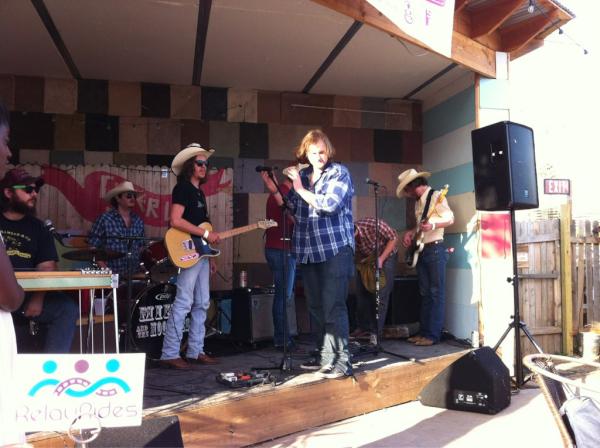 Photo of the Whiskey Shivers by @sharethemesh on Twitter

Over the course of the evening, many attendees remarked that it was like no other SXSW party they'd attended, which was the intention. A laid-back atmosphere, new experiences, and great food and music allowed over 200 attendees to forge new relationships and communities late into the night. Thanks to the sponsors, hosts, Cheer Up Charlies, and most of all, the sharing community for coming out and opening themselves up to new experiences and friends. See you next year! 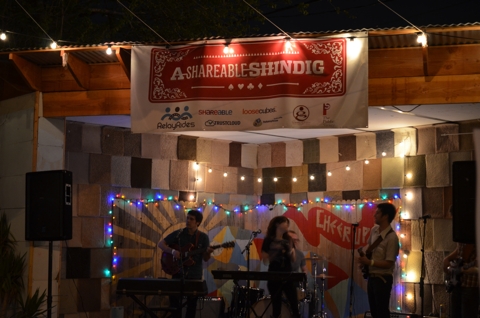 Photo of The Preservation by Jamie Shea.