Make Paradise Out of a Parking Space - Shareable
Skip to content 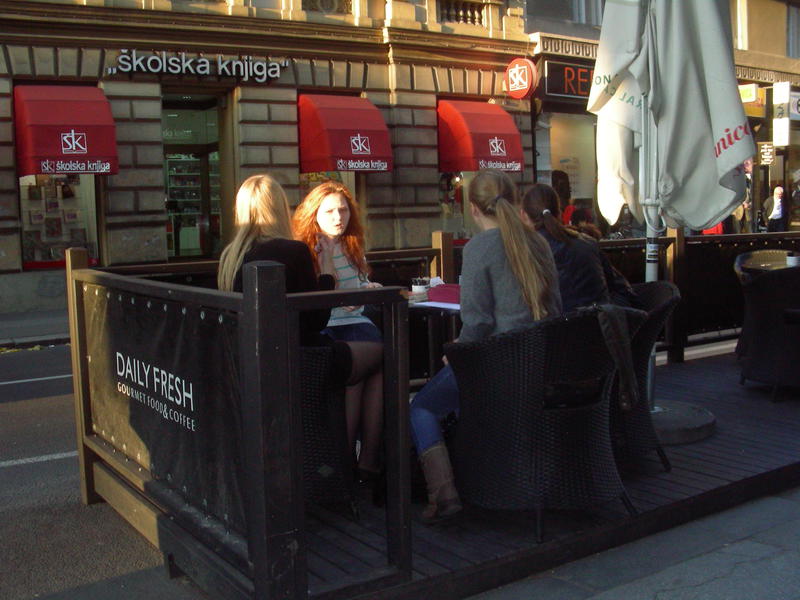 “Everyone talks about the weather but no one does anything about it,” Mark Twain once quipped.

And the same could be said about the lack of public space in most cities, where the majority of  non-private property is taken up by highways, streets and parking spaces.

In downtown San Francisco cars claim 70 percent of public space, which is what finally prodded a gang of artists to stop complaining and start doing something.

One fine day in 2005, they plugged the meters at a few  downtown parking spaces, rolled out 200 feet of sod, set up chairs and sat down to enjoy San Francisco’s newest "park".   (And somewhere Samuel Clemens, who started signing his articles “Mark Twain” while working in San Francisco, was smiling.)

Most folks appreciated the happy scene of people lounging in a spot usually reserved for Buicks and Hyundai, but a few objected. To which the artists—who were associated with Rebar, a group working “at the intersection of art, design and activism”—politely pointed out that if drivers could claim the space by plugging the meter, why couldn’t people without cars.

That was the first Park(ing) Day, which is now celebrated in more than 100 cities from Las Vegas to Des Moines to Lisbon to Hangzhou.  Plan your own festivities for September 17 this year.

Meanwhile back in San Francisco, some of these “parklets” are becoming permanent as part of the city’s Pavement to Parks program—an innovative plan to return some of the streets back to the people.

The parking spaces out front of the Mojo Bicycle Café, a combination bar/restaurant/bike shop, now sport sidewalk tables and bike racks to the delight of the neighbors.  Check out Clarence Eckerson Jr.'s  short movie about it,  “People, Parklets & Pavements to Parks” at his exciting Streetfilms website.

Rebar created a parklet featuring gardens, benches and bike parking out of three parking spaces at 22nd and Bartlett in the Mission District and another in front of Caffe Greco in North Beach.

In a related move, Portland is now converting some on-street parking spaces to “bike corrals” to ease the lack of two wheel parking—a move popular with many business owners who realize that 10 customers can park their bikes in the same space that one parks a car.  There are now 61 bike corrals around the city, with a waiting list of merchants who would like one in front of their store.

The idea is taking around the world. A few months ago I saw a parklet on a busy commercial street in Zagreb, the capital of Croatia.