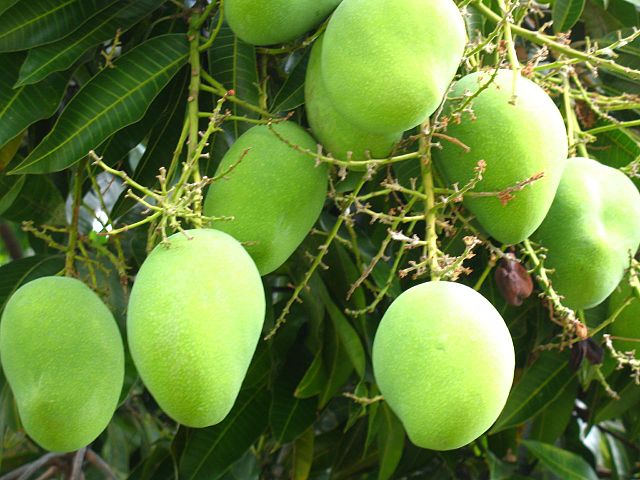 After two months, 41 sharing stories, 1,158 votes, and an intense round of judging, the results of our Share or Die Storytelling Contest are in.

The top prize in the writing category is this heartwarming story by Annie Koh, a social media adept who broke the isolation in her apartment complex by sharing fruit not tweets.

Check our contest story channel for more stories and our book, Share or Die, for an even bigger collection of stories about sharing.

Back in 2011, an online/offline volunteer group I am part of — Kanu Hawaii — started talking about the importance of living aloha in our neighborhoods. It's so easy with Facebook and Twitter to only keep in touch with the people we're already friends with, or who already share the same activities as us. Sharing sites like Paperback Swap or NeighborGoods were cool, but didn't build the same face-to-face connection as sitting on the stoop on a Sunday afternoon. We thought it was important that we learn to reach out to those closest to us in terms of living space, even if they were very different in terms of interests or priorities. Then, the March 11 earthquake and tsunami devastated much of Japan's Sendai coast. Learning to be neighborly, even with the weirdo at the end of the block — even if you are the weirdo on the block — took on even more importance. How can we take care of each other in a disaster if we don't even know the first thing about one another?

As part of my volunteer commitment to living aloha, I made a commitment to meet my neighbors, just the ones who live within three doors of mine. At the time, I lived in a 14-story apartment building in one of the most urban areas of Honolulu. I'd maybe smiled reassuringly at little kids in the elevator, or looked through the "for sale" postings in the laundry room, but never had a conversation with anyone except our immediate neighbor. We're so shy of "invading" people's privacy nowadays. Before I could even muster up the courage to knock on doors and share some Red Cross tsunami preparedness info, I had to take a shot of whiskey. Seriously. 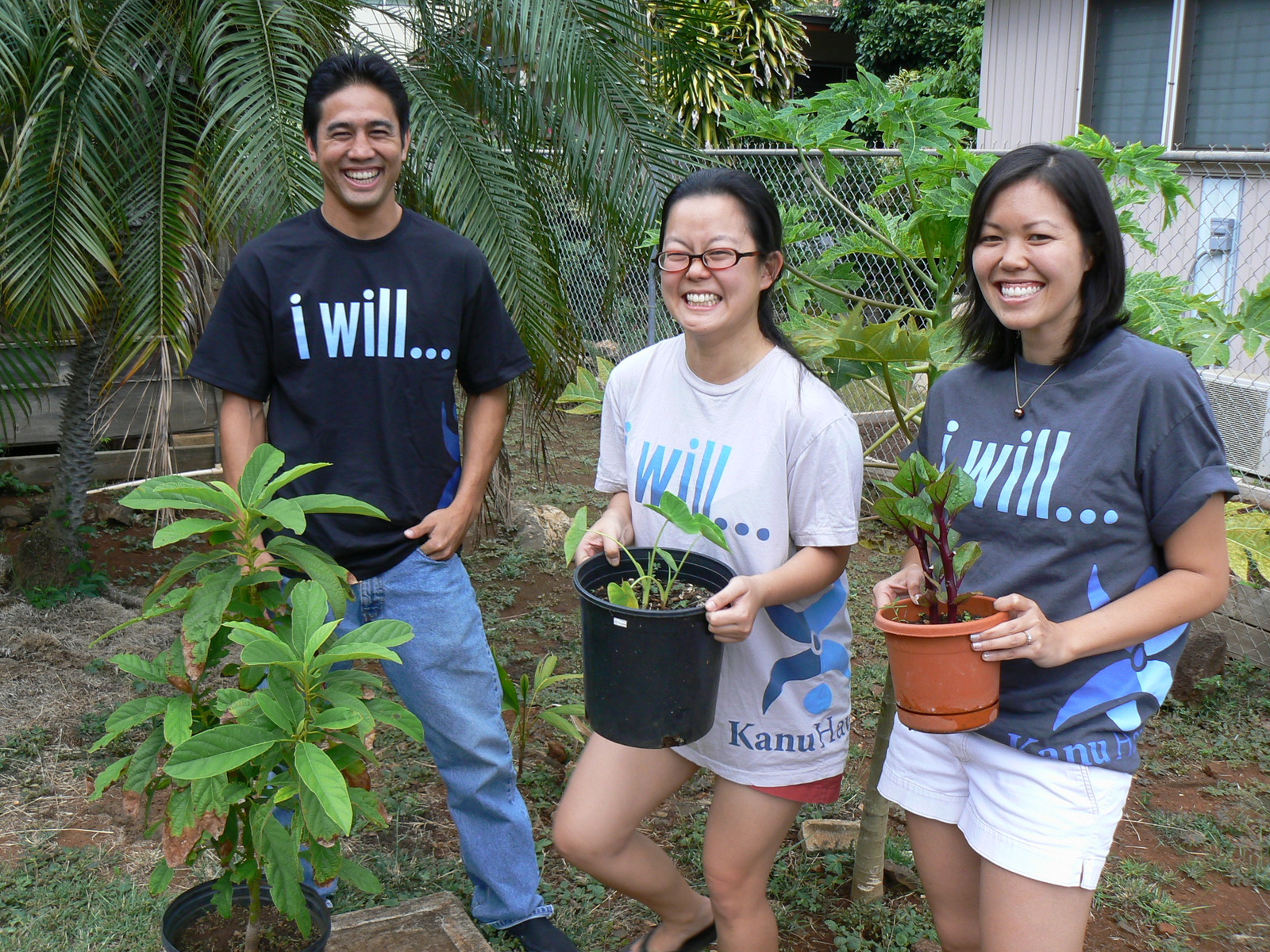 Annie Koh and two Live Aloha in Your Neighborhood volunteers at a planting party. Photo courtesy of Kanu Hawaii.

We were surprised how difficult it was in an urban environment to reach out to our neighbors. We're so used to “networking” online and offline, but the simple human gesture of “hey, I live down the hall” or “I know your dog's name, but I don't think I've ever introduced myself…” rendered many of us bashful.

Then I moved a few blocks away into a four-unit building where the walkway is lined with a tangerine tree, an avocado tree, and a pomelo tree. (Yes, lucky we live in Hawaii!) And suddenly I realized that the best part of being a neighbor is having something to share. Now all the awkwardness of making that first friendly overture is avoided by the simple physical fact of the ripeness of the fruit in your hand. The kids next door are the best at climbing the tree so sometimes there's a table piled with pomelos and a “please take” sign. I shared a packet of Manoa lettuce seeds and the worm castings from my first attempt at composting for their garden. (The kids loved playing with the red worms as I combed through the vermicast.) A friend who volunteers at an organic farm stopped by with heaps of mustard greens; I walked straight to the neighbors' door to unload some of the bounty. The auntie next door often encourages them to jump the low fence to harvest some of the herbs in her plot. In mango and lychee season, strangers become acquaintances as residents with particularly productive trees invite passers-by to take what they can harvest.

What I learned through sharing fruit: Sun-ripened sweetness can make even the shy brave enough to reach out to her neighbors.

Ph.D. student in Urban & Regional Planning at UH Manoa. Moved to Koreamoku, Honolulu from Seoul, Korea in January 2010. Lately have been learning to love leftovers and the ocean.

Ph.D. student in Urban & Regional Planning at UH Manoa. Moved to Koreamoku, Honolulu from Seoul, Korea in January 2010. Lately have been learning to love leftovers and the ocean.