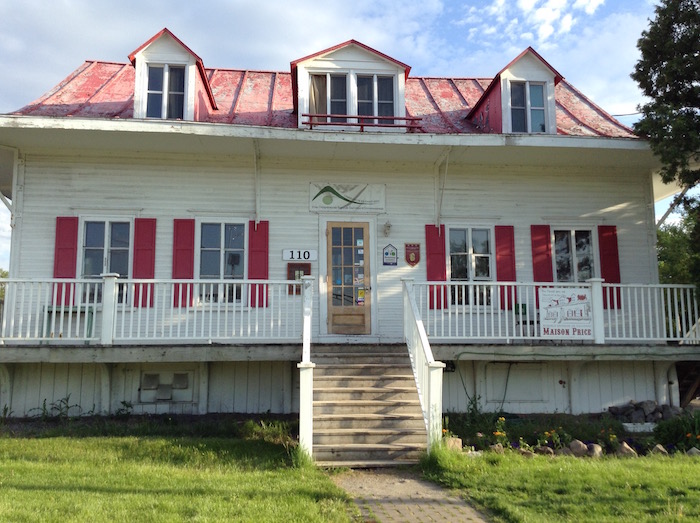 It's summer in Chicoutimi, a town of 70,000 people in the picturesque Saguenay region in the Canadian province of Quebec. On Avenue Price, one of the city's main drags, behind a vast wooden house with bright red shutters, light from a campfire dances on the crowded backyard patio. A few guys with acoustic guitars sing a Québécois campfire song, to loud applause from a group of backpackers from Ontario. Inside, in the basement, a tattooed bartender serves up local microbrews to patrons.

Near the back of the bar, a staircase leads to a closed door, where a sign announces: "Overnight guests only beyond this point." The top floors of the house have been converted into a youth hostel, with space for 40 travellers, a kitchen, and a living room. Both the bar and the hostel are managed by Le Coop Verte ("The Green Co-op"), founded over a decade ago to create a "participatory network" of locals interested in promoting sustainable tourism in the area. It has about 500 members, from past hostel guests who purchase $10 memberships to support the hostel, to local activists, and former and current employees. Members who live in the area are asked to participate in occasional board meetings and seasonal chores such as raking leaves.

Although it's a vibrant hostel now, The Price House as it's called, was once a historic landmark that had fallen into disrepair. "By 2007, the house was completely dilapidated, completely scrapped," says Simon-Olivier Côté, one of the co-op's founding members, who is now a city councillor. He says that the city of Saguenay was considering having the house demolished, before partnering with the co-op to buy it. "The idea to take a house that has been abandoned and remake it into a jewel for our city, with the vocation to bring people together and promote sustainable tourism, that motivated me a lot."

The imposing, three-story wooden house was designated a historic landmark in 1982. "It has an incredible story," Côté says. "This place was used by the workers [as temporary housing], they put their stuff there, and showered there and everything." The house was also used as a general store, and later as a company office, before wood products firm William Price and Sons left the area in the early 20th century. It later housed a commercial printer and a carpentry workshop, among other things, before becoming a rooming house. "It became one of those places that people would walk past without knowing what was there," says Marilyne Tremblay. In 2006, the co-op members formed a nonprofit and raised $400,000 to repair the house.

Sir William Price's great-grandson, Evan Price, is coincidentally the owner of a hotel and performance space in Québec City, the Auberge Saint-Antoine. The Price family gave $15,000 toward the refurbishment of the house that bears their name. "Before [the co-op] took the house over, it had the name, but nothing in the house that recalled its history. Now it's really like a walk in the past."

While every co-op needs a committed core of people to keep it rolling, this rings even truer in Chicoutimi, an isolated city with no internationally known tourist attractions. 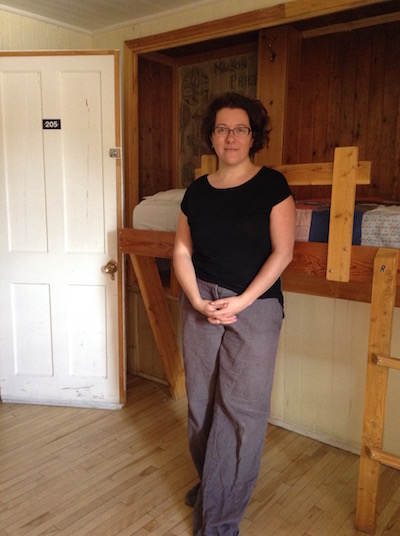 Tremblay was hired in 2015 as the hostel's innkeeper, ensuring the day-to-day running of the hostel. "I was hired to work at the hostel, but then I found out about the business side, the co-op aspect, and I found that really motivating," she says. "I ended up doing coordination and management for the hotel bar. Projects like ours need people to keep them alive."

"There are more tourists than you'd think here," Tremblay says. "We're well-placed for hiking and kayaking, and our winter business is expanding because people want to go skiing and snowshoeing at Monts-Valin. Spring and fall are harder… we have a lot of work to do to promote it."

"For the most part, we have two different sets of clients, although plenty of people from the [hostel] will come down and enjoy the show," she says. "Our bar clients are mostly local… but people meet at the bar and organize trips, rideshares and things like that. That's how all kind of partnerships develop." And not only between guests. "The people who do our landscaping now started out as bar clients, and now they help us out by donating firewood and advertising on our land," she says.

For Tremblay, every day at the house is still full of discoveries. "I love how everything in this place is a bit antique," she says. "There are little doors in the wall where employees used to hide things…we haven't found any hidden treasure yet, but we have found an index of newspapers from 1891. I love the historical cachet of this place."

All photos by Ruby Irene Pratka/Shareable