Knowledge Sharing from the Artist’s Perspective - Shareable
Skip to content 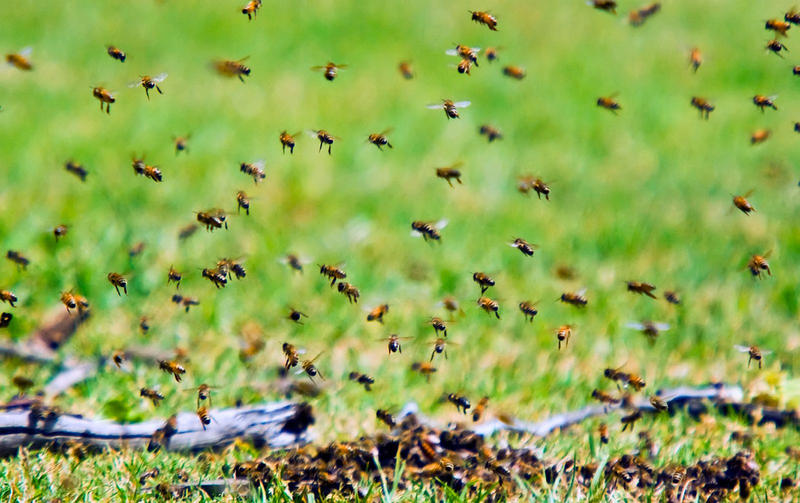 Those who hold secrets hold power. At the same time it is the secrets that hold the potential innovation in the world at a very low level. You just need to think of what would happen if all the knowledge that humans have ever produced was available to everyone and used to create solutions for communities all over the world – we can only imagine the enormous leaps in innovation this would cause.

It may not be news that education has been widely recognized as the key resource for the future of our societies competing in a globalized world. But while our world has undergone dramatic changes, our education system has been surprisingly resistant to changes; it is still built upon the ideas and the social class system of the 19th century. If we really want to invent a future beyond the state of the art, we need to rethink the way we produce and share knowledge from scratch.

Today, being educated no longer means possessing a certain amount of knowledge transmitted in a one way relation between teacher and students. As our world grows more and more interdependent and our media coverage allows a much more multi-layered understanding of it, it is hard to keep believing in the concept of ‘expert’ (in the understanding of an experienced person having earned the privilege to make judgments in our place).

If we accept that our world is too complex for one person and one life alone to understand, the importance of sharing knowledge becomes clear. All around the world people are thinking of and finding solutions for problems relevant to many communities across the planet. It will be one of the major challenges of the next century to create ways to share and manage the knowledge of every single person in order to make it useful for the whole swarm in all fields of society from science to business to politics. It is essential to make sure that even though traditional communities lose their binding powers we are still able to pass on knowledge from one generation to the next. In the future, being educated will mean to be able to access, manage and compare knowledge.

All of this leads to a whole different handling of knowledge as a public good:

We seek a world in which open knowledge is ubiquitous and routine. We promote open knowledge because of its potential to deliver far-reaching societal benefits. (1)

Instead we have produced a world that keeps knowledge from being shared. Our knowledge is intrinsically tied with competition, not collaboration. We invented copyright laws and secret intelligence agencies and we make education more and more expensive to affirm the power basis of those who can pay for it. The kind of knowledge we promote is unfair because it is always used to gain power over others.

We believe so strongly in the importance of secrets for our (national) security that private companies like PayPal and Visa are starting to block the freedom of the press in favor of the greater public good: WikiLeaks did not only have to face a great deal of internal problems over the last months but also a strong alliance of politicians and companies against open knowledge and open data. They successfully managed to turn whistle blowers into enemies.

In the midst of these Cold War leftovers other voices are likely to be overheard:

The challenges of these times call for collective intelligence. We must co-create the solutions we seek. (2)

The diversity of our biographies makes us experts in all kinds of fields. Instead of only focusing on a limited number of so called experts we should find ways to tap our collective knowledge and share our skills. We need to develop techniques to host meaningful conversations and harvest the brilliant ideas developed in those meetings. Knowledge must no longer be only mediated via teachers and experts but should be accessible through methods of moderation. We need to learn how to ask the right questions and really listen to the answers. Moderators have to create places in which the participants can share the experiences they made and are guided through a process of producing knowledge with others all by themselves.

But what could these places look like? And where should they be implemented? How can we assure that not only a handful of journalists, politicians and lobbyists debate about the future of our society? Where can local communities gather to develop solutions for the problems they face? How can we manage a global knowledge distribution? And who can invent the innovative strategies we need?

Since Lessing and Schiller, the German theatre claimed to provide the stage for the relevant political discourses of its time. And the political theatre of the 1970s tried to transform the stage fully into a place of strong and clear political statements. In 2011 one can support Tobias Becker’s analysis:

1. Theatre has lost its role as the institution of national identity formation a long time ago. 2. Theatre can only very rarely initiate big political scandals, thus it cannot serve as the catalyser of political discussions anymore. 3. Theatre as an apparatus is too slow to react on recent political events. 4. Theatre as a place is unqualified for clear messages, because it traditionally is the place for fictitious stories. It is where certainties are put at stake, not where they are produced. (3)

One could conclude that this means theatre is not the right place to create the future of our knowledge. But it is the other way around: As soon as we stop thinking of knowledge as a defined truth but rather as a performative act that is produced between a unique assembly of people every time anew, we understand how important it can be to approach knowledge sharing from an artist’s perspective. The task will be to act like a dramaturge composing self-dynamics instead of making theatre. The task will be to enable people to produce and share the knowledge themselves. The task will be to guide them through a process of a constant questioning of the certainties they have, rather than producing digestible morsels of cognition. Together we learn to see the world in perspectives and consequently we start to think outside the box.

In the first step of this process, experimental formats of communication will play an influential role.

This article was originally published for transeuropa2012, a European theater and performance festival.