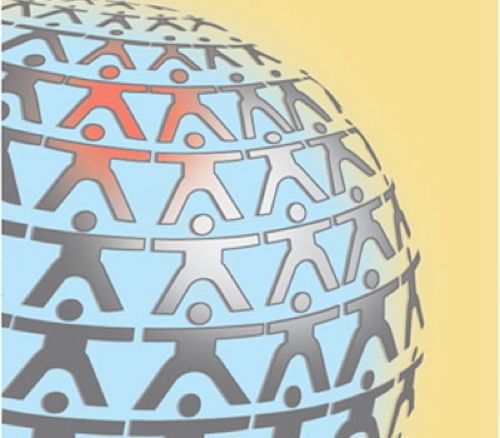 This article originally appeared on the Rentcycle blog. It is reprinted here with permission from the author.

Three years ago, I was inspired to start a business built around sharing — people literally laughed. Two years ago, I launched a rudimentary prototype for Rentcycle, an online marketplace inspiring reuse through renting — people started listening. One year ago, I presented Rentcycle on a panel of similar companies about a brand new concept called “Collaborative Consumption” — people got it; investors started taking my calls. This summer, Rentcycle raised $1.4 million to change the way society consumes.

During the past few years, there’s been a groundswell of awareness around a megatrend anchored in sharing. Call it Collaborative Consumption, The Mesh, or The Sharing Economy, the main premises are consistent: usership versus ownership; access over excess; and experiences trumping possessions. Two best-selling books (What's Mine Is Yours, The Mesh) have been written on the topic, the concept has been featured in every mainstream media outlet you can think of, and it’s starting to have an impact on the choices people make in their daily lives. It wasn’t long ago that people bought every single movie they watched. Services like Netflix have transformed the concept of media ownership and consumption. Similarly, ZipCar and HomeAway have changed the way we gain access to vehicles and vacation homes, respectively — both enjoying successful IPOs this year. And it doesn’t stop there. A new wave of startup companies are waving the flag for the sharing economy and, believe it or not, investors are right there with them.

Typically, the word “share” isn’t the first word you associate with investors. Visions of Scrooge McDuck diving into his money vault are more commonplace. The idea of sharing almost feels counter-intuitive to an industry prided on having the greatest ownership stake in companies. That said, The Sharing Economy has attracted the attention of investors, who are pulling out their wallets and writing big checks. So, why are venture capitalists suddenly interested in sharing? As you’d expect, it comes down to money. Recently, Fast Company magazine estimated The Sharing Economy to be valued at $100 billion — and that’s only the peer-to-peer opportunity, which doesn’t account for the professional sharing opportunity of similar size. Led by veterans like Netflix and ZipCar, the movement promotes sharing through renting, bartering, lending, trading, gifting, and swapping. Recently, companies have been able to establish solid business models where healthy revenues could be gleaned from the idea of sharing. That's when investors started listening. 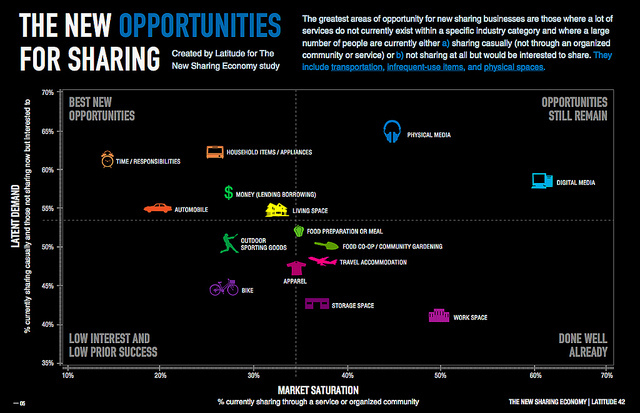 Every movement needs a poster child, someone to blaze the trail for others. For Collaborative Consumption, I’d venture to say that Airbnb was the trailblazer that really changed the way investors viewed the sharing space. If you’re not familiar with Airbnb, it’s a peer-to-peer marketplace for sharing space — everything from a couch to a room in an apartment or an entire house. They’ve built a community to make it easy to rent out extra space and have recently reached a tipping point. Just a few months ago, Airbnb was valued at $1 billion, raising $100 million from the top investors in the venture ecosystem. Although the Collaborative Consumption space had been growing steadily up to this point, it seemed as though this validation opened the floodgates among the investor community. Suddenly, startups were popping up left-and-right, branding themselves as “the Airbnb for” cars, food, skills, jobs, anything.

With this, Collaborative Consumption became part of the standard vernacular for investors who created new markets to follow the space in places like AngelList and who touted the movement as a new investment premise. This wasn’t just a passing fad for a handful of investors; some of the biggest names in Silicon Valley and beyond were defining their portfolios and investment philosophies based on Collaborative Consumption. Clearly, Andreessen Horowitz made a major statement by taking the lead with Airbnb. But we’ve seen similar statements from others. David Lee from SV Angel appeared on Bloomberg, naming Collaborative Consumption as one of the firm's top three investment focuses. Funds like Shasta Ventures, Floodgate, and Google Ventures have made major investments in sharing companies like RelayRides, TaskRabbit, Chegg, Zimride, and others. I can personally attest that nearly every single investor I talked to throughout the fundraising process (this past summer) knew the phrase "Collaborative Consumption" compared to zero awareness less than a year prior. 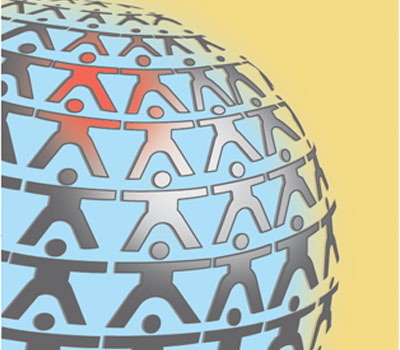 Not only are existing funds taking a new-found interest in the space, but one fund has decided to place a big bet on the space by investing exclusively in the most promising Collaborative Consumption companies out there. Collaborative Fund was founded by Craig Shapiro with a mission to extract as much value and productivity from things like food, equipment, and even skills. The fund enlisted the expertise of Rachel Botsman, author of the Collaborative Consumption Bible, What’s Mine Is Yours, to join as Venture Partner. As this recent Fast Company article explains, Rachel was an unlikely VC, but her keen eye for spotting trends and understanding the reasons why some sharing services succeed while others fail was just what Collaborative Fund needed to act as the seal of approval on the space. Investments in companies like TaskRabbit, SkillShare, Kickstarter, Gobble, and even Rentcycle show their philosophy in action.

The past year has seen the rise of the sharing economy. Airbnb is now a household name. P2P car-sharing service RelayRides raised $10 million, hired a prominent CEO, and inked partnership deals with GM. Their competitor, Getaround, won TechCrunch Disrupt and is quickly closing in on ZipCar’s total inventory. We’ve seen similar successes with job outsourcing companies like TaskRabbit and Zaarly. Lots of money is being raised and being invested toward impressive growth. Collaborative Consumption is quickly becoming a hot investment space. But investors are not just throwing money at anyone who promises to be the next Airbnb. The diligence process is heavier for sharing companies since conflicts related to trust and reputation are tricky to overcome. There are also important X-factors that allow some sharing communities to thrive while others struggle. These are the intangibles that investors need to consider when making their investment decisions.

The good news is that Collaborative Consumption startups from around the world are finding creative ways to overcome obstacles and are building sharing businesses that actually make money. This ingenuity is inspiring investors to reach deep into their pockets and do some sharing themselves. Who doesn't love the promise of a shared upside?

* Full disclosure: Rentcycle’s investors include Collaborative Fund, SV Angel, and Andreessen Horowitz who are mentioned in this post.

Tim is most interested in how the intersection of business and design can lead to innovation and meaningful experiences for the consumer. This user focus attracted Tim to startups and

Tim is most interested in how the intersection of business and design can lead to innovation and meaningful experiences for the consumer. This user focus attracted Tim to startups and is what inspired him to build Rentcycle, the world’s first online rental marketplace. A graduate of The Founder Institute in Silicon Valley and Finalist in Boston’s MassChallenge, Tim has been exposed to a strong network within the entrepreneurial community and knows what it takes to build a successful business. Rentcycle is not Tim’s first jaunt with a startup – while in college, Tim and his friends built an e-commerce apparel company which still operates today. Tim has also spent time in the corporate realm. Prior to founding Rentcycle, Tim worked in business development for Cheskin Added Value, an innovation consulting firm. Before that, he was Brand Manager at Red Hat Inc, where he strategically managed the brand portfolio for this global software company. Tim graduated with distinction from Duke University with a BA in Visual Arts (graphic design) and Certificates in Markets & Management Studies and Film, Video, and Digital Media. When he’s not busy designing the company website or visiting rental stores, Tim competes in triathlons and explores the California coast with his wife, daughter and dog, Stella.