Pro Specie Rara is a Swiss organization dedicated to preserving rare and endangered varieties of crops and farm animals. They have formed a network of people who raise animals or grow plants and share their seeds. I met Béla Bartha, executive director of Pro Specie Rara, in Rotterdam at a conference hosted by TRANSIT, an international research project on transformative social innovation, which had invited representatives of a variety of movements to its final conference. After learning about some of the ways patents are used to threaten seed sharing, I spoke with Bartha about the organization's seed sharing work.

Wolfgang Höschele, Shareable: What kinds of people are involved as seed cultivators in your network?

Béla Bartha, executive director of  Pro Specie Rara: There's everything from trained gardeners to total beginners. If somebody is interested, we give them a practice set and instructions. We send them plant varieties that are easy to grow and that are not in imminent danger of going extinct. If that works and they send us back seeds, and they want to continue, then we invite them to a course on producing seeds. That is given on three different days in different seasons concerning cultivation, selection, and harvesting. A person who has completed that course can take care of a crop variety, becoming one of our active members. We also offer further training courses for our over 500 active seed savers.

It's a broad spectrum of people. But most are between 35 and 50 years old — and around 60 percent are women. Those who become truly active usually already have some relevant experience, but even those with little experience are trained by us. Many are educated as a gardener, or else as a biologist, but one IT expert has become one of our dedicated gardeners. There are a lot of academics. And they usually have a garden or an allotment where they can grow plants.

Do you get feedback from the active members about why they keep on being involved?

Some think it's a good cause and just do it — it’s not a social thing for them. For some, the little bit of extra money is a nice extra. We pay 5 Swiss francs for a packet of seeds to cover the mailing costs, so that their commitment doesn’t actually cost them money. But it covers a little more than the mailing costs, and for people who take care of a lot of varieties, such as 60 varieties, that’s 300 francs. Nobody does it just because of that, but it can be nice to use it to go out for a nice dinner.

Some see themselves as messengers for Pro Specie Rara, and we sometimes write articles about them. They believe in the cause, and they want to promote it in public, to make the world a better place. A very few want to pass on seedlings to others, or sell them on markets, and make a little business of it.

For many of our active members, this is a social affair, they attend every event they can, they want to meet people socially. We recently had a further training course at which almost a hundred of our active members were there — that's quite a lot. Some also believe in autonomy, they have gardens to feed themselves, including raising seeds. 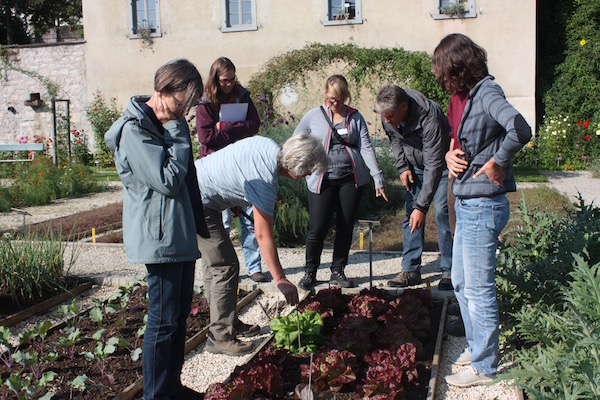 Switzerland is known for having a different dialect in practically every valley. Are crop varieties like that too?

That's especially applicable to cereal grains and field crops. We decided not to focus on those because the Swiss gene bank had been founded long before us to preserve their genetic diversity. We focus on vegetables, whose regional varieties are hard to preserve because they have completely disappeared from agriculture.

Linen and hemp culture has vanished. Until 1914, there were hemp fields everywhere in Switzerland, but none of those varieties are in the gene bank. Now, linen and hemp are grown again as a niche product, but no old Swiss varieties. There we came too late — there are huge gaps there.

Of garden plants that can easily be reproduced, there is quite a lot — like grape vines, potatoes, beans, peas. But savoy cabbage — you need a hundred individual plants in order to reproduce a variety, for that a garden is not enough, you need a whole village. A lot of such varieties have been lost. For tree fruits, we came in time, there’s still a lot — after all, an apple tree can stand a hundred years.

What kind of work do you do internationally?

We are members of the international network Let’s Liberate Diversity. Among the founders in France and Italy, there were networks of small farmers, like the Italian Rete Semi Rurali. They are "baker farmers" who maintain seeds of many different varieties of hard wheat, for example, from gene banks. They grow them as a mixture, then select whatever grows best in their locality and use it to bake and sell bread. They also campaign politically, to ensure that they are even allowed to grow seed mixtures like that. We joined them along with Arche Noah from Austria and like-minded organizations from Great Britain — all organizations with the same goals, but different ways of pursuing them. We're also part of a network opposing patents for crops and animals (No Patents on Seeds), and a network opposing GMOs in the German-speaking countries (IG-Saatgut). 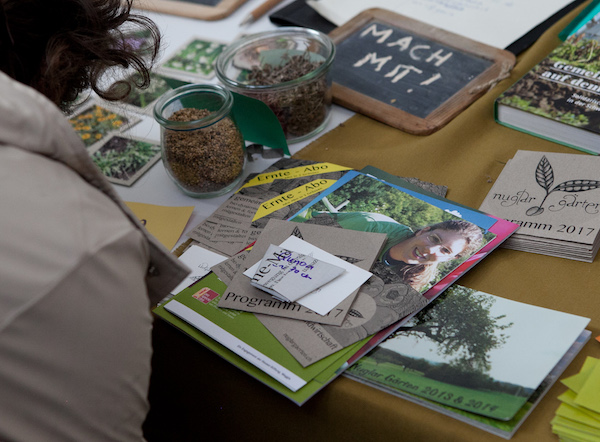 They should contact us or Arche Noah, meet with us, discuss how you build up an organization like this. Many groups in eastern Europe have contacted us. We have a lot of exchange with them, invite people here. They have created regional seed banks. We discuss how you can motivate people to join, which is different in every country. There is also Arca-Net, a forum for information exchange, that you can join, and a network of community seed banks is being formed with the website communityseedbanks.org.