How Has the Internet Changed the Way You Think? - Shareable
Skip to content 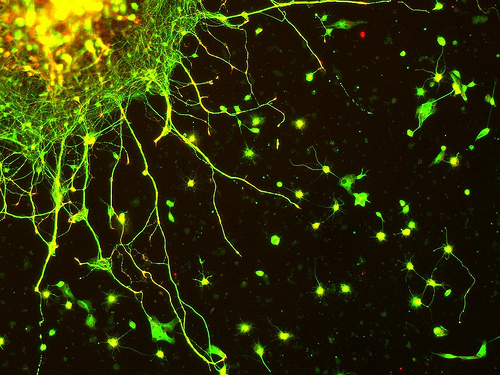 Edge, a site that hosts the thoughts of "the most interesting minds in the world," has asked their annual question for 2010, "how has the Internet changed the way you think?" The question dates the Edge. It’s a great one for those who came of age before the Internet. Those who grew up on the Internet probably haven’t had their minds changed all that much.

Still, the answers the panel give are interesting, especially since together they give a balanced view of the Internet’s impact on the quality of our thought. This is no boosters club. And just maybe the piece offer some proof of the billing the site gives itself, though that’s more or less for you to decide.

Below are some choice tidbits for your thinking pleasure. The entire piece is available here.

One’s guild is a conversation extending over years and decades. I hearken to my gang because we have overlapping interests, and they keep surprising me. Familiar as I am with them, I can’t finish their sentences. Their constant creativity feeds my creativity, and I try to do the same for them. Often the way I ponder something is to channel my guild members: "Would Danny consider this a waste of time?" "How would Brian find something exciting here?" "Is this idea something Kevin or Brockman might run with, and where would they run with it?"

My certainty about anything has decreased. Rather than importing authority, I am reduced to creating my own certainty — not just about things I care about — but about anything I touch, including areas about which I can’t possibly have any direct knowledge . That means that in general I assume more and more that what I know is wrong. We might consider this state perfect for science but it also means that I am more likely to have my mind changed for incorrect reasons. Nonetheless, the embrace of uncertainty is one way my thinking has changed.

To the question "How is Internet is changing the way we think?", the right answer is "Too soon to tell." This isn’t because we can’t see some of the obvious effects already, but because the deep changes will be manifested only when new cultural norms shape what the technology makes possible.

…the supply and spread of information turns the world into Extremistan (a world I describe as one in which random variables are dominated by extremes, with Black Swans playing a large role in them). The Internet, by spreading information, causes an increase in interdependence, the exacerbation of fads (bestsellers like Harry Potter and runs on the banks become planetary). Such world is more "complex", more moody, much less predictable…

…So consider the explosive situation: more information (particularly thanks to the Internet) causes more confidence and illusions of knowledge while degrading predictability..

…So I am now on an Internet diet, in order to understand the world a bit better…

So how has the net changed the way you think? One thing I’ve noticed is that it has shrunk my attention span, not something I relish. What have you noticed?

Thumbnail pic of a brain neuron courtesy of thelunch box on Flickr.