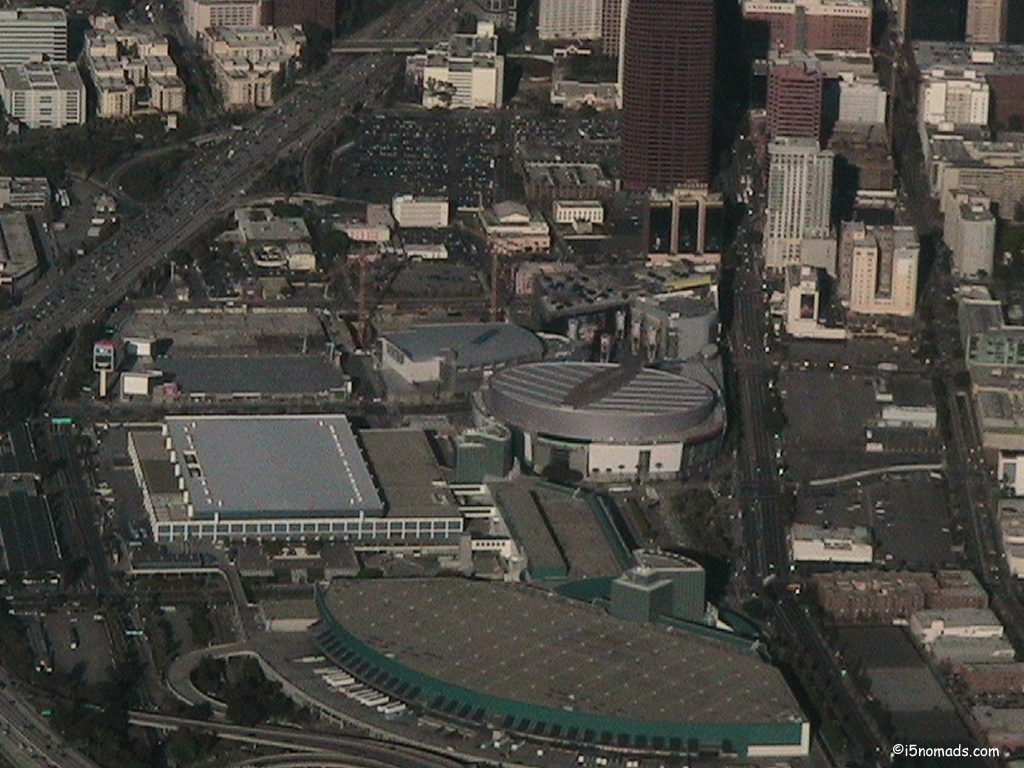 Private development can bring many benefits to local communities, including better infrastructure, more jobs, and access to amenities, open space, and environmental cleanup. Because these benefits are crucial to any thriving community, our public dollars are often used to subsidize private development through tax abatements, grant funding, and other forms of public investment.

But all too often the public does not see an equitable return on investment, especially when private development takes place in lower-income, disenfranchised communities. In fact, sometimes the benefits go unrealized altogether when development displaces local residents, reduces access to affordable housing, awards jobs to individuals and firms outside of the community, and worsens local environmental conditions.

This is what prompted the Community Benefits Agreement (CBA) movement, which began in California in the 1990s with the landmark STAPLES Center Community Benefits Agreement. That agreement made in 2001 established a private contract between the developers of the Los Angeles STAPLES Center and a coalition representing the surrounding community. The agreement set standards and criteria for parks and recreation, prevailing wages, training and hiring from the surrounding low-income community, a residential parking program, and responsible contracting and leasing. In return, the community coalition agreed to publicly support the project.

“The strategy says if taxpayers are subsidizing development, then we’re investors so we should be getting a return on our investment,” says John Goldstein, Civic Engagement Campaign Director for Partnership for Working Families, a national advocacy organization which supports local groups in securing CBAs. Goldstein got his start working with CBAs while serving as president of the Milwaukee County Labor Council.

“In Milwaukee we established the Park East Redevelopment Compact, which set standards for the development of certain parcels where developers had torn down a freeway,” recalls Goldstein. “We were able to build a strong coalition that included labor folks, a great faith partner, the fair housing council, the Sierra Club, and others, and we ultimately won standards. That part of the city is now bound by those standards, and as those parcels are redeveloped, developers have to meet the standards as outlined by the community. They include a strong local hire standard, a prevailing wage standard, and an affordable housing component where developers have the option to either meet the standard or pay into a trust fund so the county can incentivize other developers to build affordable housing.”

As development slowed during the recession, few CBAs were implemented, says Goldstein. But he notes that as the economy has improved over the past year, once-stalled development projects are revving up and interest in using CBAs as a tool to secure the wellbeing of local communities is growing.

“Projects just started flying off the shelf all over the country, and so I started reaching out to community coalitions,” says Goldstein. “I am now working with about 50 grassroots coalitions, all outside of our network, in places like Detroit, Nashville, Buffalo, New Jersey, and other cities.”

That development plan was approved in late 2012 by the Detroit Downtown Development Authority and is now moving forward with no CBA in place. According to Goldstein, the speed with which development can take place highlights the importance of seizing appropriate leverage points in the CBA negotiation process.

“Anytime developers require public approval or public investment, the community has some leverage,” says Goldstein. “But one of the challenges for coalitions is getting ahead of the game. Sometimes deals are done before anyone even knows the deal has been proposed, and then you lose leverage.”

A key advantage of a CBA is that it allows communities to negotiate with developers directly in situations where development decisions are often made by quasi-public Development Authorities and shielded from public input.

Enforcement is also a critical component of a CBA. “We’ve learned a lot about enforcement over time,” says Goldstein. “Typically, there are two models. In the first, a public official is responsible for monitoring and enforcement. In East Palo Alto, for example, they required local hiring. A city staff person was dedicated to monitoring and made a successful program. Other times, we negotiate a fee to pay for a monitor who is chosen jointly by the community coalition and the developer. Either way, in the best agreements, there is someone who is responsible for monitoring.”

Enforcement mechanisms can include penalties and fees for noncompliance, or the development and implementation of a mediation plan. Community coalitions can also sue developers for breach of contract. Goldstein assures that a lawsuit hasn’t ever been filed, which is a tribute to the tool.

In its purest form, the CBA is a private contract between developers and community coalitions. However, public entities and authorities often play important roles. “Sometimes there are complex agreements between the community, the city, and the developer,” says Goldstein. “There can be multiple layers of agreement, but it’s the role of government that changes depending on the type of agreement reached.”

Stephanie Vaught is a legal analyst with the Sugar Law Center, a Detroit-based nonprofit law firm that advocates and negotiates for community benefits on behalf of local community coalitions. The Center drafted a CBA for a Southwest Detroit community coalition seeking benefits as part of the new International Trade Crossing with Canada on the Detroit River. The CBA would secure environmental mitigation for residents who already live in one of the most polluted areas of the state, owing to truck freight traffic. Many residents in the area suffer from asthma. The community also seeks equitable relocation packages, training, and jobs.

So far, the campaign to secure a CBA for the new crossing has been unsuccessful, although Michigan’s Governor Rick Snyder has publicly supported community benefits, according to Vaught.

“Public dollars are being spent and the community doesn’t want to suffer for a project that will be beautiful and bring in economic development,” says Vaught. “They want to be a part of the process and benefit as well.”

A full list of Community Benefits Agreements can be accessed here on the Partnership for Working Families website. Our follow-up piece will include resources and steps for community groups looking to negotiate such agreements with developers.