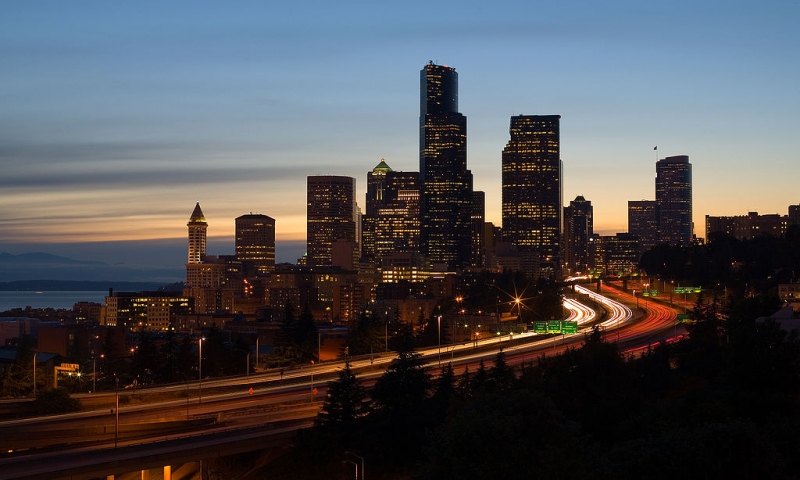 Top image: Seattle skyline. Photo credit: Foter / CC BY-SA 2.0. Article is cross-posted from YES! Magazine and excerpted from Sharing Revolution, a publication of On the Commons.

Centuries before someone first uttered the words “sharing economy,” the steady rise of cities embodied both the principles and promise of that phrase. The reason more than half the people on earth now live in urban areas is the advantages that come from sharing resources, infrastructure, and lives with other people. Essential commons belonging to all of us, ranging from transportation systems to public health safeguards to plentiful social connections, are easier to create and maintain in a populated area.

Think about typical urban dwellers. They are more likely to reside in an apartment building, shared household, or compact living unit (saving on heating, utilities, original construction costs, and other expenses), walk or take transit (saving the environment as well as money), know a wide range of people (expanding their circle of friends and colleagues), and encounter new experiences (increasing their knowledge and skills).

Access to these opportunities for sharing offers economic, social, environmental, and
educational rewards. But living in a populated area does not automatically mean more sharing.

Indeed, the classic suburban lifestyle — a big, single-family house and a big yard isolated from everything else and reachable only by automobile — makes sharing extremely difficult.

Minimizing opportunities for sharing was a major consequence of America’s post-World War II suburbs, says Tom Fisher, Dean of the University of Minnesota College of Design.

“Scholars have gone into the archives of major companies during that period, and found the same concern expressed over and over by business leaders: “How do we as a society keep operating at the level of consumption we did during the World War II?”

That fear reached far beyond big business. Much of the public also worried that we would plunge back into a depression as soon as the massive industrial production of the war halted. The solution was converting factories that fueled the war effort into large-scale producers of consumer goods. 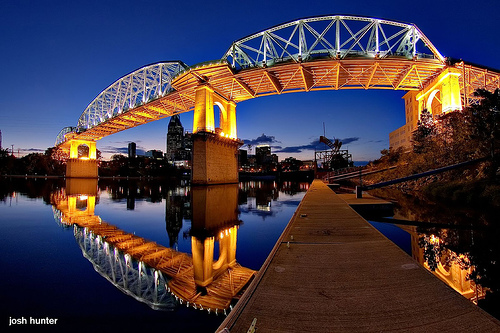 “The suburbs were designed as a landscape to maximize consumption,” Fisher explains. “It worked against sharing of any kind. People had all this stuff in their houses and garages, which was going unused most of the time.”

Autos replaced streetcars. Kids rode school buses instead of walking to school. Everyone bought their own lawn mower, shovels, tools, sports equipment, and grills. Even the proverbial cup of sugar borrowed from a neighbor disappeared in favor of the 10-pound bag bought at the supermarket.

As our spending grew, our need for social connections shrank. “Mass consumption was good for the economy, but bad for our well-being,” Fisher notes. He now sees changes ahead for our communities as the economy evolves.

“The new economy is all about innovation, which depends on maximizing interaction, not consumption."

This means redesigning our communities to bring people together by giving everyone more opportunities to “walk, live close together, and share."

“Creative people in cities around the world are rising up…” declares Neal Gorenflo, co-founder of Shareable magazine. “We are not protesting, and we are not asking for permission, and we are not waiting — we are building a people-powered economy right under everyone’s noses.”

Excited by this emerging grassroots movement, Shareable recently launched the Sharing Cities Network to be an independent resource “for sharing innovators to discover together how to create as many sharing cities around the world as fast as possible.”

The aim is to help empower and connect local initiatives around the world through online forums, peer learning, and other ways to boost collaboration, share best practices, and catalyze new projects.

“How we build is just as important as what we build,” Gorenflo says in a fund-raising appeal for the network. “We build for maximum fun. We do it in style. And we include everyone.”

This article is excerpted from the ebook, Sharing Revolution: The Essential Economics of the Commons, a project of On the Commons. Jay Walljasper writes, speaks, and consults about creating healthy, lively communities. His website: JayWalljasper.com.