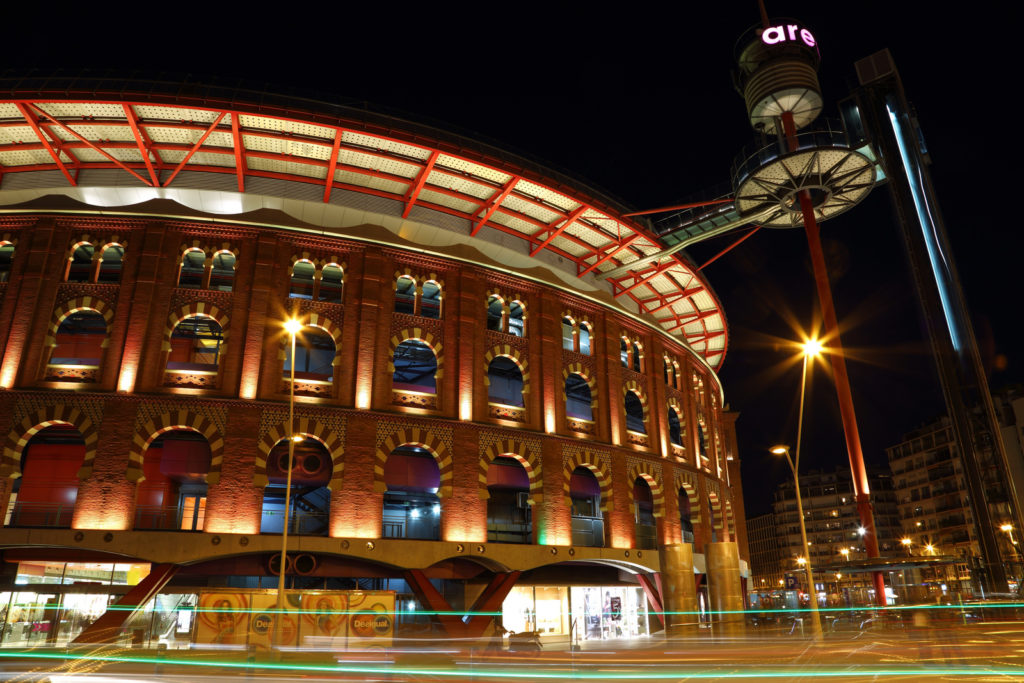 I have been working in the sustainable, smart, and sharing cities space for some time, usually with a focus on the interaction between public policy and the urban startup community. For example, last year I published a peer-reviewed journal article on how shared mobility providers and cities need better agency alignment to ensure that shared goals are reached. This research started my thinking about what it would take to facilitate the growth of a group of sharing economy startups that, instead of having an antagonistic relationship with cities and, for example, on-demand workers, would embrace the underlying values of the real sharing economy in a way that “raises all boats.” This post is intended to advance the dialog about what it would take to create a network of startup accelerators dedicated to a responsible sharing economy ecosystem.

The proliferation of startup accelerators has been massive since the launch of the Y Combinator, founded in Mountain View in 2005. There are more than 200 such accelerators around the globe. While there is some variation in the models, most startup accelerators tend to have a rigorous screening process — Y Combinator’s acceptance rate is lower than that of Harvard, for example — whereby a handful of startups gain entry into the accelerator, then start and finish the program in the same time period (usually between three and six months) in cohorts. In return for seed capital ($10-75,000), access to a host of mentors and investors, most accelerators take between 5 percent and 10 percent of equity in the startups they support.

The goal of most of these accelerators is usually to significantly increase the value of their portfolio of startups, with a key metric being how many startups the accelerator has been able to help turn into unicorns. "Unicorn" is Silicon Valley speak for firms worth $1 billion or more.

The sharing economy is full of media darlings who have reached the unicorn stage. Uber, which many don’t even consider a sharing economy player, is already valued in excess of $50 billion! According to Fortune, that valuation makes Uber the biggest unicorn in the world. Another poster child for the sharing economy — Airbnb — is third on that list with a valuation of over $25 billion and, incidently, is a Y Combinator graduate

So I already said I do not consider Uber to be a sharing economy player because, at its core, Uber’s business model is not focused on the optimization of sub-utilized resources, but rather creating a disruptive private taxi fleet. Besides the fact Uber really doesn’t meet one of the minimum requirements to be a representative of the sharing economy, Uber has been the subject of mostly well-deserved criticism — including recently from Shareable’s co-founder, Neal Gorenflo — for being platform “death stars” with an approach to total global domination. Doesn’t really sound like the value most people consider to be consistent with the sharing economy. 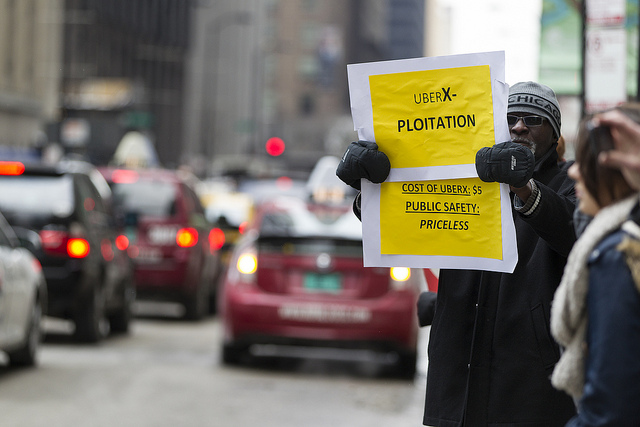 Airbnb, another death star, has been almost equally challenged by cities (including my newly adopted home of Barcelona) for not only global domination, but also having a significantly negative impact on local housing supply and degrading quality of life for locals living in high Airbnb density areas. This is, in fact, an important and fair critique of Airbnb’s model because it appears that there are an increasingly high percentage of Airbnb rentals that are permanently available to short-term renters. That is, like Uber’s private taxi fleet, these rentals are no longer about the optimization of under-utilized resources, even though Airbnb originally focused on helping travelers find an inexpensive couch to sleep on and hosts to offset high urban housing costs.

What If There Were a New Type of Accelerator Focusing on Real Sharing Economy Startups?

But isn’t there another way? The sharing economy is way beyond unicorns and death stars. There are millions of people around the world actively engaged in sharing activities whereby no money changes hands whatsoever (e.g. repair cafés, Peerby, tool libraries, Freecycle, Little Free Libraries, open source software, clothing swaps, timebanks, and more) or, at a minimum, there are real sharing values at the core of the sharing platform without necessarily the ultimate goal of creating a global monopoly and skirting local regulation and taxation.

What if the sharing community and impact investors designed a new type of sharing economy ecosystem supporting responsible, community-owned sharing economy startups? What if such accelerators helped these startups work with — instead of against — cities? What if these accelerators did not measure success solely by the number of unicorns created, but rather the number of durable sharing startups using environmental, social, and economic impact metrics? What if the ecosystem were composed of a network of accelerators that actually collaborated? What if these accelerators raised funds from impact investors and the sharing community via crowdfunding versus from profit and domination seeking investors?

I do not know if we would get many unicorns doing things this way, but I am convinced the world would be a better place if we could help bring into existence, and to grow, sharing economy startups that actually share the ideals the Shareable community embraces.

What If We Created a Network of City-Based, Responsible Sharing Economy Startups?

Since obtaining my Ph.D. in entrepreneurship at the University of Colorado about 15 years ago, I have been focused on researching, teaching, and facilitating more sustainable innovation. I am currently a professor of entrepreneurship and sustainability at EADA Business School in Barcelona. Not surprisingly, I have been sharing the views above with my current students (about 60 MBA students in two entrepreneurship courses). Five of the 11 project teams are working on sharing economy business models. 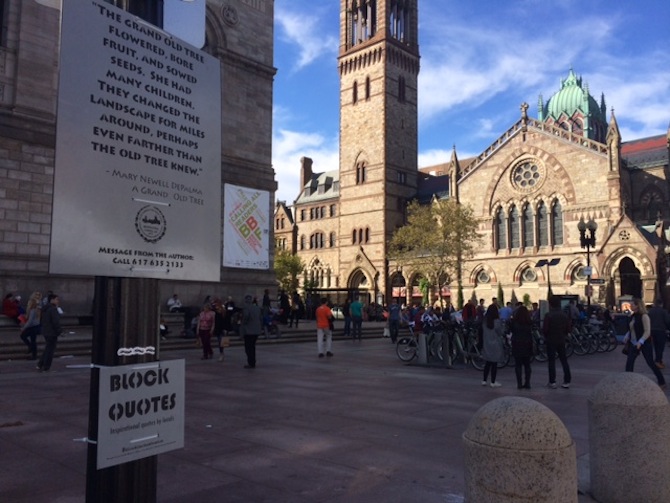 I have started to think about the possibility of creating a sharing economy accelerator based in Barcelona that would not be antagonistic with the City of Barcelona, but rather seek to collaborate from the beginning with them. I have been reflecting about the ambitious goals of Boston’s New Urban Mechanics. This group aims to create a network of civic innovation offices that support local civic innovators by giving them access to city infrastructure and mentors to test new ideas to make the city better. If the idea is executed with good results, New Urban Mechanics then aims to support the growth of these innovators by connecting them with other cities in their network. What if we could get a handful of city-based sharing economy accelerators in cities like Barcelona, San Francisco, Amsterdam, etc. and do the same thing? Each accelerator would support responsible sharing startups and then collaborate to help those startups gain access to opportunities in the other cities in the network.

What Would It Take to Make This Happen?

If several people emerge with the interest and capability of starting an accelerator in their own city, I’d be all for it. However, I am happy to also be the first guinea pig, since I am in the early stages of trying to develop such an accelerator in Barcelona. But we need much more. Most people argue that what differentiates successful accelerators from unsuccessful ones is the quality, breadth, and reach of the mentors associated with the accelerator.

That is where all of you come in. We would need to assemble a global group of a few hundred mentors with a range of expertise from business models gurus, impact investors, crowdfunding experts, city staff and administrators, deep industry experts in a range of relevant sectors, people with successful startup experience, and more. This mentorship group would be accessible (within reason) to startups in any one of the city-based sharing economy accelerators. In the spirit of true sharing, it would make sense for this global mentorship network to also share in the equity of the accelerators. Perhaps even the accelerators themselves would become part of their own cooperative? It could also be valuable to find a network of co-working facilities, or just several local co-working spaces, interested in hosting accelerators.

Perhaps all of this is wishful thinking. But I do believe that we could achieve power in numbers and that, collectively, we could help to foster a growing number of responsible sharing economy startups that could rival the “death stars” — perhaps not individually but in aggregate — and show the way toward a more equitable, responsible, and collaborative approach to “The Real Sharing Economy.”

If you are interested in providing further thoughts or recommendations or participating in such a network, as either a mentor, investor or accelerator partner, please contact me via Twitter or by email.

Boyd Cohen is a Professor of Entrepreneurship & Sustainability at EADA Business School in Barcelona and the author of the forthcoming book, The Rise of the Urban Entrepreneur.