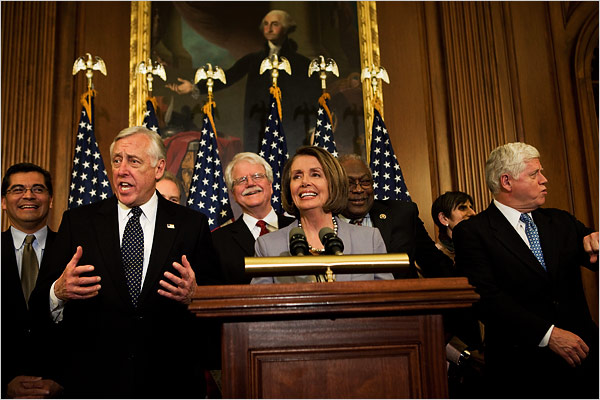 Health care reform has passed, bringing America into the twenty-first century and extending coverage to tens of millions of Americans. In general, we at Shareable.net prefer to see decentralized, cooperative, peer-to-peer solutions to social problems–such as, in this case, a revival of the free clinic movement of the 1960s and 70s.

But that movement (as I understand its history) failed to scale up; the clinics became part of the nonprofit safety net for underserved or distressed communities around the country, but they never came remotely close to being a model for the majority’s health care, and perhaps they were never meant to be a model.

Given that reality, we have had to look to government to cultivate health care as a commons–that is, "something all people should share, just the same as air, water or other things essential to life," as our editors and contributors wrote at the end of 2009. Looking at the health care debate from a shareable perspective, we said, revealed the underlying principles for reform:

Last night, we came one step closer to reaching those ideals. As a result of the past year’s debate, Americans have become more sophisticated about health care issues; more people who read books or watch the news are aware that managing health care as a commons, as nations do everywhere else the developed world, actually saves money and improves health.

As a result of the debate, more Americans are aware of this thing called "the public option," and they are aware that there are alternatives to our current patchwork, bureaucratic system. As the bill’s measures click into place and coverage expands–and the apocalypse predicted by the Republican Party fails to come to pass–our horizons will expand and we will, I hope, become more adventurous in considering new reforms.

But at root, the health care debate is really a debate about what kind of society we want to be: one that is fragmented, inefficient, and unequal, or one that is compassionate, cooperative, and egalitarian.

There is at least one way that the bill has made our society less shareable: It passed without a single Republican vote, in a virulently polarized political and social atmosphere. For trying to extend health care to more Americans, Democrats were accused of, among other things, trying to kill grandma and institute a communistic dictatorship.

Last night, in a blog entry entitled "Waterloo," conservative thinker and author David Frum laid the blame for the polarization squarely at the feet of the right-wing entertainment industry:

Talk radio thrives on confrontation and recrimination. When Rush Limbaugh said that he wanted President Obama to fail, he was intelligently explaining his own interests. What he omitted to say – but what is equally true – is that he also wants Republicans to fail…

Today’s defeat for free-market economics and Republican values is a huge win for the conservative entertainment industry. Their listeners and viewers will now be even more enraged, even more frustrated, even more disappointed in everybody except the responsibility-free talkers on television and radio. For them, it’s mission accomplished. For the cause they purport to represent, it’s Waterloo all right: ours.

In other words, according to Frum, conservatives have succeeded too well in building their own counterculture; it has affected their ability to negotiate policy solutions or to participate in dialog with Americans who don’t share their values. That’s a lesson for everyone, including us here at Shareble.net, to bear in mind as we try to build our own alternatives.