Has the Green Door Been Bolted? - Shareable
Skip to content 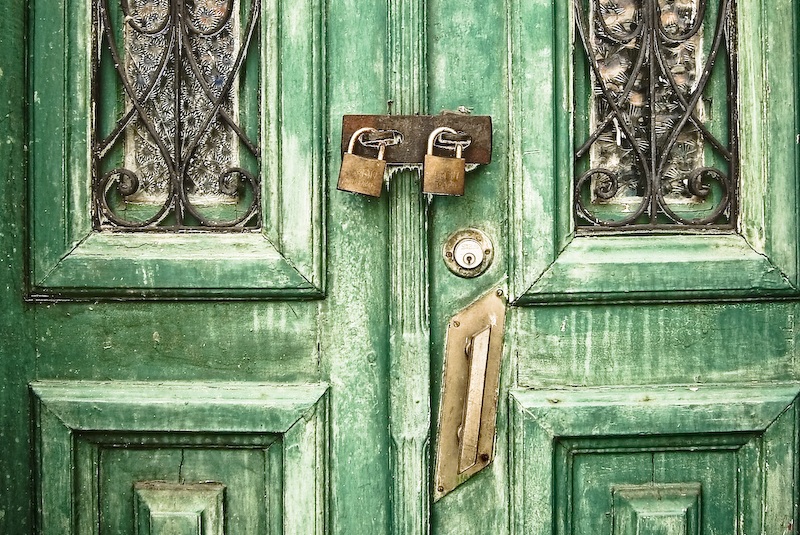 In many OECD nations, a combination of budget cuts, austerity measures and increasing costs of living associated with the global financial crisis fallout appear to have diminished popular concern with environmental and sustainability issues. Data collected from the UK, US, Germany has shown that environmental issues are not top of mind for these populations, and according to a recent research report ‘What Matters to Australians’ cited in The Australian:

A study of what matters to the average Australian found environmental issues “mattered intensely” in 2007 but had dropped to being of “middling” importance today.

The resulting picture was one of a conservative society intensely concerned about day-to-day issues.

Global sustainability dropped from third in 2007 to eighth in 2010, the only category to see any big movement either up or down…tangible things such as health and family “always were and always will be the things that really matter”.

Leaving aside the not-insignificant question of what people understand by ‘sustainability’ or ‘environmental issues’, and whether or not they see connections between issues (for example, food and health issues rated as the biggest concern, and yet sustainable food systems are intricately connected to a plethora of environment/sustainability issues), it is clear that for many people, all things environmental have fallen off the radar.

With pressing day to day concerns around cost of living, access to basic services and local crime prevention, abstract notions of invisible gases causing major atmospheric and geographical changes at some undefined point in the future are simply not the immediate worry for citizens.

Similarly, just as people do not experience ‘the economy’ – they experience availability of work, fuel and food prices and mortgage repayments – the scale at which most sustainability advocates are attempting to communicate issues is beyond the realm of many people’s experience and therefore seen to be irrelevant. If people feel no sense of agency about how their individual efforts can effect change, and if daily demands leave little spare time to contemplate, let alone plan to enact change, it simply will not be a priority for most people.

For businesses facing economic downturn, and governments facing budget cuts, any initiative that involves investing money and employee time to become more resource efficient – even if it can ultimately save them money – is off the table as organisations retreat to focusing on ‘core business’.

If the general public and organisations have gone into siege/survival mode, then sustainability advocates need another approach to find their way in than exuberantly flinging open the ‘green door’ carrying a basket laden with all kinds of messages about carbon, climate, energy, waste, water and efficiency.

Because by and large, the ‘Green Door’ to the wider public is bolted.

We could start with what’s going right, what is working using an assets-based approach, rather than talking about insurmountable problems.

Then there’s the packaging – ‘sustainability’ might work better if it’s more subtle and less overt, a bit like hiding vegetables in the kids’ pasta. It might be good for them, but they’re doing it because they enjoy it, or because they identify it as meeting their needs, not because someone told them it would be good for them and/or the planet.

A cynic might say we need a Sustainability Trojan Horse – to conceal the intent in a different guise. But we really do need to start where people are, with what they value.

‘Sustainability? Oh no, we’re talking about how you can make your life more fun and easier right now!’

An example: an initiative developed in Australia called MamaBake was established to encourage collaborative meal making as a means to lighten the daily evening meal preparation burden on women. A group arranges to get together at a member’s home, decides what to cook, and the task happens as part of a social occasion. At the end of the session, the women divide up all the meals into portions for each family who then has a week’s worth of frozen meals on hand – not to mention a week’s worth of free evenings.

These women are not cooking in bulk, and reducing potential temptation for for time-saving but often expensive and less healthy take-away because someone told them it would be better for the environment.

They are doing it because its fun, it offers them social connection, and to turn what is a chore into an enjoyable occasion and claw back precious time during the work week.

Now MamaBake is not going to save the planet or address concerns for healthy eating and more work-life balance for families on its own – but it is a contribution, and if we identified, worked with and supported the replication of many similar initiatives, it would amount to a social shift. MamaBake groups are also a ready-made audience and social norms transmission device for talking about local food production, healthy eating, recycling and food waste, modern cloth nappies in lieu of disposables, and a whole range of other things that are captured under the sustainability umbrella.

In the broader collaborative economy, people are finding ways to meet their needs through sharing, not because it is a government policy about reducing consumption, not because sharing – and therefore needing to buy less – is good for the environment, but because it makes sense to people, allows them to meet their needs, and has been enabled by technology, the social web and the ‘currency’ of reputation.

It’s a model that can also be applied to business:

“Most business owners are currently overlooking the renting potential of their business equipment…renting out the equipment you own, when you are not using it, creates a number of opportunities for you. It can reduce your operating costs, help you establish relationships with other businesses and customers, reduce waste and keep money in your local area,” says Lisa Fox, director and co-founder of Open Shed.

Is the Blue Door of the sharing and collaborative consumption approach the one we should be knocking on? That’s where people are.

We might find that progressing sustainability could be more effective if we treated it like acupuncture – subtly channeling the flow of energy through providing a platform for encouraging the existing momentum out there – rather than the major surgery of international action that we keep putting off.

Sustainability advocates can always carry the spirit and intent of sustainability into their practice, but present it in ways that are relevant and meaningful for people. Find the door that opens for them, rather than the one we want them to enter through.