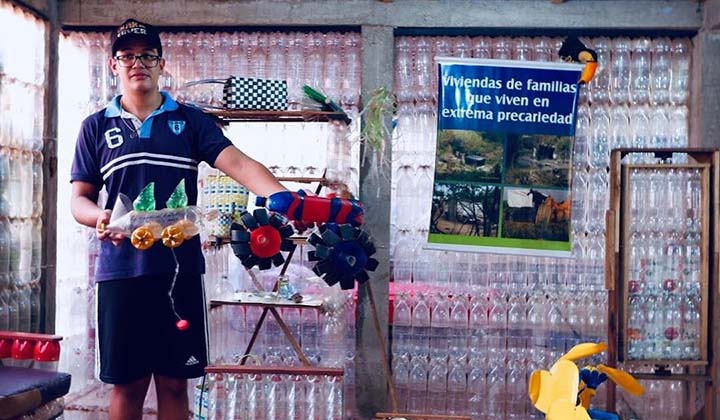 Observers have long complained about what they see as the vapid consumption of social media, especially that of Instagram travel photos, some even accusing young people of being addicted. But one sharing organization has turned the much-maligned “Insta travel snap” on its head and is using young travelers to spread an important message about international development.

Sustainability Adventure is a program that sends gap-year travelers around the globe to report on how different non-governmental organizations (NGOs) are implementing the United Nations’ Sustainable Development Goals. A program of Vienna-based NGO Forum ViA, it has dubbed the travelers “SDG reporters” and shares their dispatches from the developing world.

Forum ViA founders Valentina Aversano-Dearborn and her husband Matt discovered that having travelers write dispatches from sustainability initiatives had unearthed problems that would otherwise have been hidden, such as an unintended consequence of child labor protections. “At this finca the adults had to share the lunches that they receive as part of their work with the kids because the kids do not ‘officially’ work there,” the couple wrote on Instagram. “Of course child labor laws are an important achievement, but it shows that the situation is often much more complex than one would expect.”

Valentina’s passion for sustainability education was ignited during her bicultural childhood. “At the age of 8, I brought candy from Germany to share it with my cousins in Italy,” she said. “They unwrapped it, ate it and threw the packaging on the grass of our backyard. I was shocked. I had just learned in school what the negative impact of plastic on the planet was and couldn’t believe my eyes… different cultures have different ways to deal with the environment and… there was probably no environmental and community class offered at [their] school. I realized the importance of environmental education and the tragedy of generation after generation being lost if the simple story of the impact on waste on our environment and our health was not being told.”

During their year-long adventure, the SDG reporters partner with up to three schools, typically in Austria and the U.S. They engage with the students and teachers through “challenges” that implore the students to think about sustainability. They eschew air travel, which slows their travel and allows them to explore communities off the beaten path, and cut down on carbon emissions.

The public can also join in on the fun through the Choose Your Own Sustainability Adventure interactive online game, which maps SDG reporters’ movements and provides information on NGOs they have encountered.

SDG reporters and Austrian brothers Milo and Serafin Groebner captured images in Buenos Aires of a public protest against a court ruling denying an abortion for an 11-year-old rape victim, spotlighting the UN’s fifth sustainable development goal — gender equality — and raising public consciousness of the issue. Also on their travels, they discovered a house with walls made of 1,200 plastic bottles and windows made of CD cases.

Forum ViA harnessed the power and influence of young people on social media in order to craft a multifaceted, engaging, and educational project. The Sustainability Adventure program is empowering young people, giving a voice to marginalized communities, and highlighting stories from the world that might otherwise have been ignored.

“Pictures speak more than a thousand words,” Valentina Aversano-Dearborn said. “We harness this effect to bring a small piece of the world into the classroom, growing the feeling that we are all together in this one and fascinating adventure called ‘living on planet Earth.'”