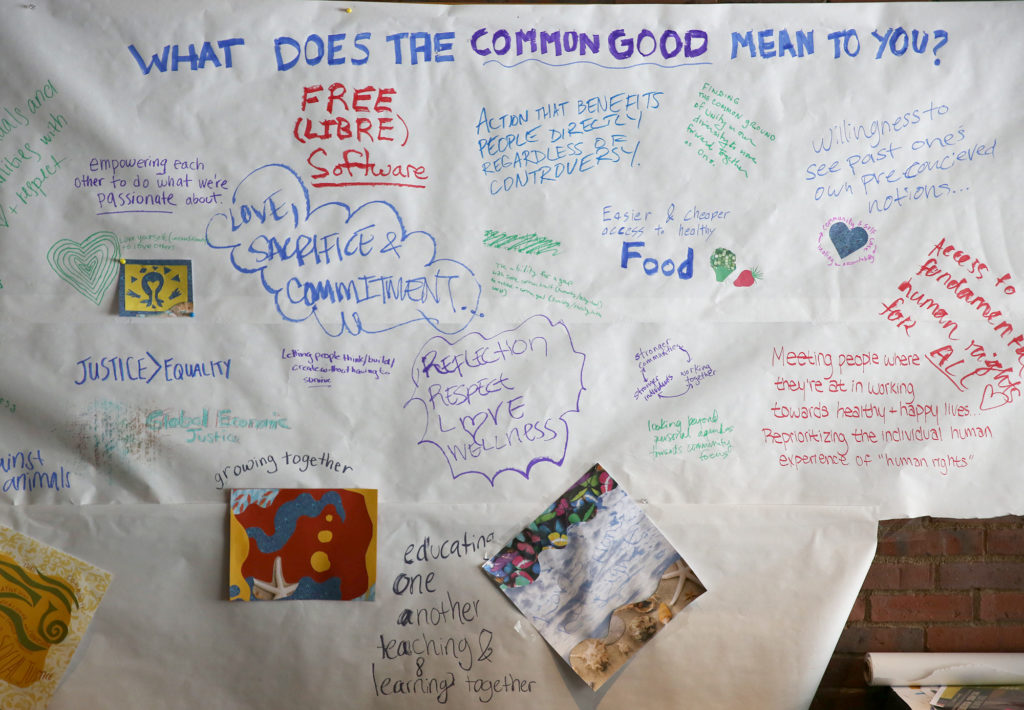 In a world of worsening social inequality, climate change, and other urgent challenges, how can higher education play a more active, constructive role? A small liberal arts college known for its innovative approaches to undergraduate education aims to find out.

On February 12, Hampshire College, in Amherst, Massachusetts, formally launched its Leadership and Ethical Engagement Project (LEEP) with a series of public presentations and workshops entitled, Ethics and the Common Good: What Kind of World Do You Want to Live In? I was one of the two speakers joining choreographer, performer, and educator Liz Lerman of Washington, D.C.

The new project will offer interdisciplinary courses in applied ethics, paid internships, research support, and other resources for students. Its larger ambition is to explore ethics and the common good not just within the academic curriculum, but through hands-on projects and community engagement. The initiative is supported with a $2 million, five-year grant from SHIFT, a private family foundation dedicated to advancing the culture of common good (who also fund Shareable).

Liz Lerman, founder of a multi-generational company Dance Exchange, was an excellent choice as a keynote speaker because she may be the ultimate boundary-crosser. Since starting her dance troupe in 1976, she has combined her art with social commentary and politics, and taken performances out of formal spaces like the Kennedy Center and into senior citizen centers and community settings. Lerman has also developed a rigorous, workshop system known as the Critical Response Process, which helps artists solicit and receive honest, insightful feedback on their creative works. 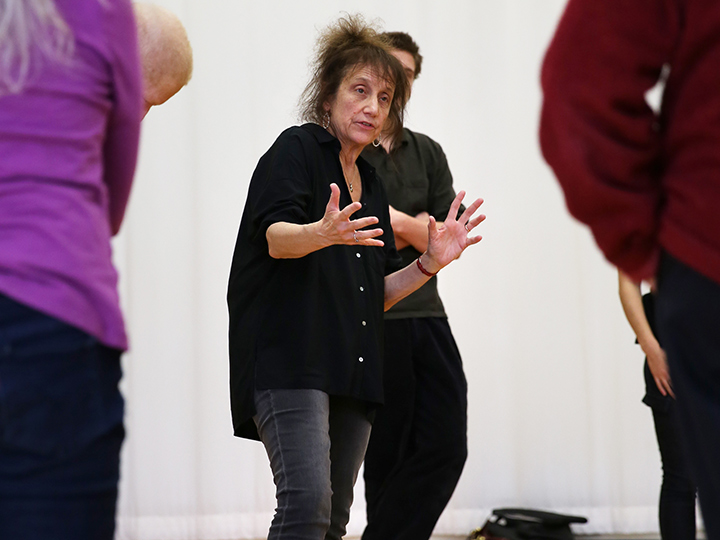 I was pleased to learn of the Hampshire College initiative because so many academics approach social problems through critiques and analysis. Such scholarship is vital, of course, but it often fails to take the next, more challenging step – imagining and building creative solutions.

My talk, “To Make Hope Possible Rather than Despair Convincing,” focused on the need for academics to explore solutions more aggressively. I see Hampshire College’s new project as a rich and rare opportunity to plant new seeds for growing a different societal logic and ethic – and to make common cause with others who are searching for a new civilizational DNA.

I talked a lot about the transformational potential of the Commons paradigm – the social systems used in diverse contexts to manage the shared wealth of a community. The Commons is at work in the managing of free and open software, for example, and in Wikipedia and open access scholarly journals. The Commons can be seen in urban spaces and civic institutions that are open to everyone; in water and land that are important to our everyday needs; and in alternative currencies and attempts to relocalize the economy.

What unites these various Commons is a basic commitment to production for use, not for private profit. In each, people have the right to make their own rules for managing resources that are important to their needs, and the responsibility to act as long-term stewards of resources.

“Commons tend to embody certain recurrent principles,” I pointed out – principles such as community self-determination, inclusiveness and fairness. A Commons also regards certain resources as inalienable – not for sale in the market and not amenable to private ownership. In our market-obsessed society, however, this is often not the case, as we see in the human genome (one fifth of which is now patented), groundwater supplies (often owned by investors or drained by bottling companies), and community spaces (often privatized in a fashion through corporate “naming rights”). 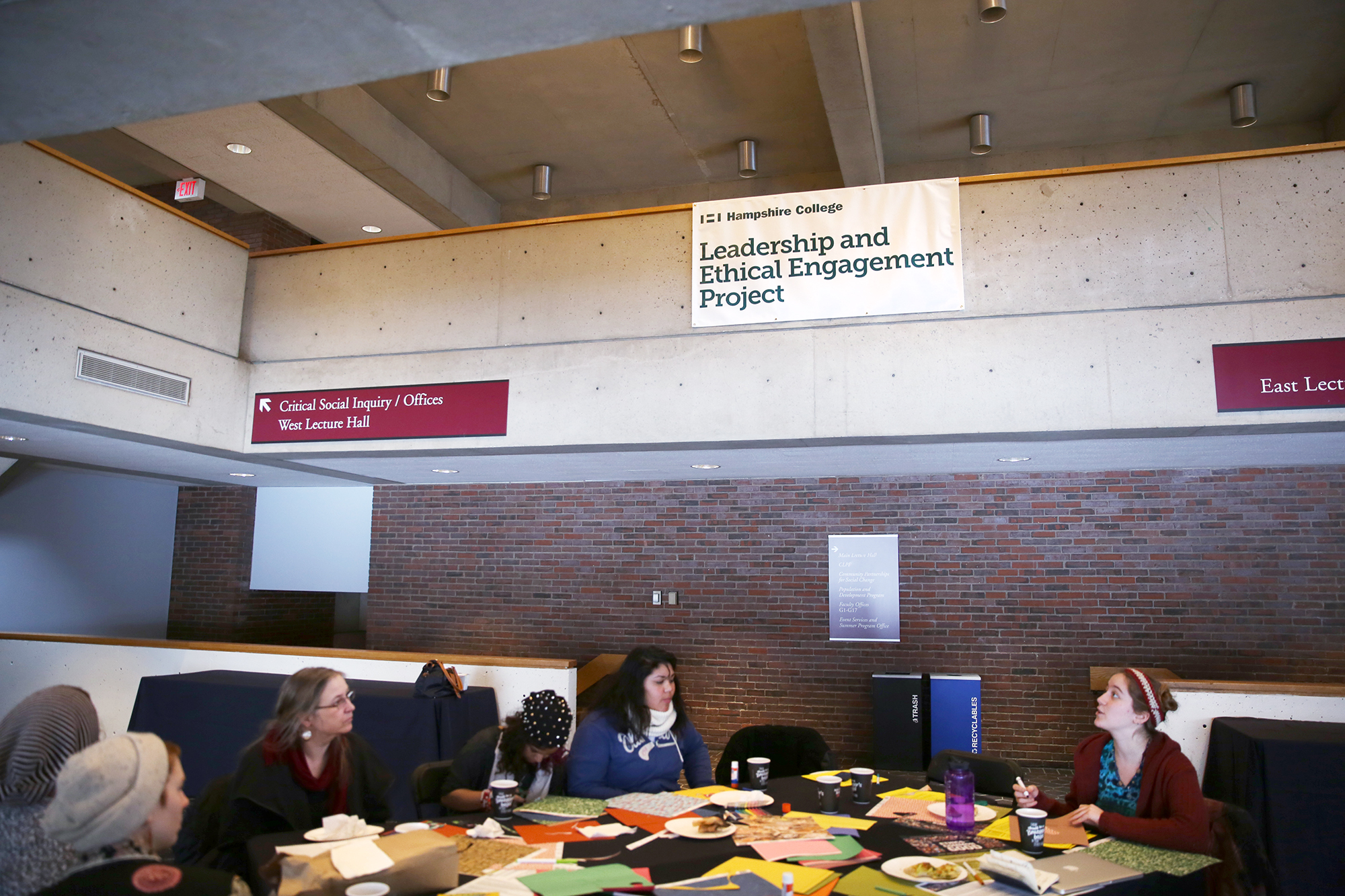 Participants in one of several workshop held over two days. Credit: Hampshire College

In the 1980s, I pointed out, Margaret Thatcher insisted that Great Britain adopt the neoliberal agenda of privatization, deregulation, budget cuts and new privileges for capital. She thundered to her citizens, as the European Union now shouts at the Greeks, “There is no alternative!” – a phrase that was later shortened to its acronym, TINA.

Well, looking around at the commons and the many companion movements bursting out all over today, it is clear that the more accurate acronym is TAPAS – “There are plenty of alternatives!” The only question is whether we have the eyes to see them and the courage to commit to them.

The great British critic Raymond Williams put it well: “To be truly radical is to make hope possible rather than despair convincing.” That is the real challenge that we face, to overcome cynicism and hopelessness, and to quicken the many serious alternatives awaiting our creativity.