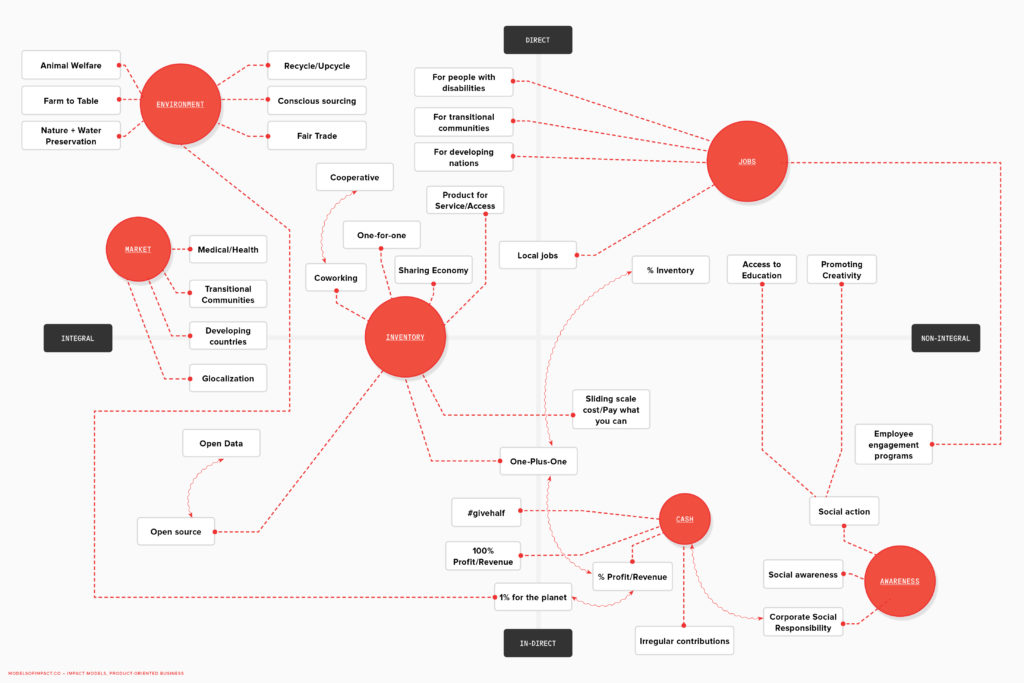 Over 10 years ago, I accidentally began my career as a pro bono design practitioner, and subsequently fell in love with social impact. From a young age, like many restless millennials, I knew I wanted to design a career for myself that centered on giving back. My first step was to launch verynice, when I was 19 years old from my college dorm room. Little did I know that this little side project would go on to become a full-fledged business and spark a global movement that has helped to revolutionize the practices of pro bono and social entrepreneurship.

In the past five years, we’ve seen many businesses shift to a mindset in which profit is not the only measurement of success — people and planet matter, too. This new criteria for success has informed a new wave of products and services that aim to give back.

In the same way that gift culture breaks down barriers between strangers by acting as a social lubricant, pro bono work can open a whole new window of opportunity to service providers and entrepreneurs around the world. This is a micro-example that extends itself to the beneficial effects of giving in our professions. Giving in our profession acts as a way to break down social and economic boundaries that have traditionally limited us from doing the most meaningful work that could directly benefit society. Giving allows us an alternative to making meaningful impact (even when we are not directly working in the social sector) and the opportunity to utilize our very specific talents to benefit the greater good, or to make someone’s life a little easier.

In the old economy, our “gifts” were often understood as an extracurricular activity — something we spend less than half of our time concerning ourselves with on a daily basis. In the new economy, however, the perception of our gifts is shifting to be understood as something that holds value in the market place. These gifts are of the everyday person. They range from a specific professional skill — like web design — to a knack for building IKEA furniture super efficiently, to having an abundance of time between meetings to pick someone up and drop them off at their destination of choice.

This shifting landscape, and gift-acknowledging phenomenon, has allowed us access to an entirely new platform to share our gifts with the world and to actually disrupt the perceived priority of these gifts to become acknowledged as a logical means to spend our time. As many of you know, this is a phenomenon commonly referred to as the sharing economy.

Though the origins of the gift economy that precedes our modern sharing economy reside in contemporary subcultures like Burning Man and the historic communes of the 1960s’ counter-cultural revolution, they have been adopted to fit a more mainstream and consumption-oriented model via the sharing economy. In many ways, this is likely thanks to the substantial amount of Silicon Valley entrepreneurs who have been inspired by the culture of Burning Man, but it is also thanks to the pioneering (and controversial) brands that have earned a status of cultural ubiquity including Uber, Lyft, TaskRabbit, and Airbnb.

Though not exclusively considered a platform for “giving” in the truest sense of the word, this sharing economy that is unfolding before our eyes has developed and matured over the course of 2015 to become more than just a trend, but instead an alternative marketplace that is trusted among consumers and that acknowledges the value of everyone’s time in the new economy. As a result, we have the confidence to recognize this effort as a significant model of impact.

The Models of Impact project is an attempt to open source every business model that has the potential to impact society, the environment, and even personal wealth and success. Models of Impact’s mission is to promote legacy and social impact in the entrepreneurial community, and to help non-profit executives, corporate CSR leaders, and social entrepreneurs proceed with their work in a more effective and sustainable manner.

Originally designed to be a helpful website, we have come to realize that Models of Impact has the potential to go much further than its original intention. Our vision is to produce tools, resources, and workshops that can be leveraged by at least one million people in the next five years. That is why we are incredibly excited to announce that we have decided to re-launch Models of Impact as an open-source toolkit for socially responsible business design. Black Friday serves as a symbolic moment in time in which we are publishing this as a gesture and metaphor for own gift to the world: the Models of Impact platform, version 2.0.

We invite you to spend Black Friday browsing through our glossary of over 100 models of impact, and downloading our free toolkits in order to empower yourself and your team to design a model of impact of your own.

Matthew Manos is an artist, strategist, and author interested in experimental economies, "business as a medium," conditional systems for creative inquiry, and new methods for writing restriction in poetry and

Matthew Manos is an artist, strategist, and author interested in experimental economies, "business as a medium," conditional systems for creative inquiry, and new methods for writing restriction in poetry and fiction.