Garbage is a Terrible Thing to Waste: How to Reach Zero Waste - Shareable
Skip to content 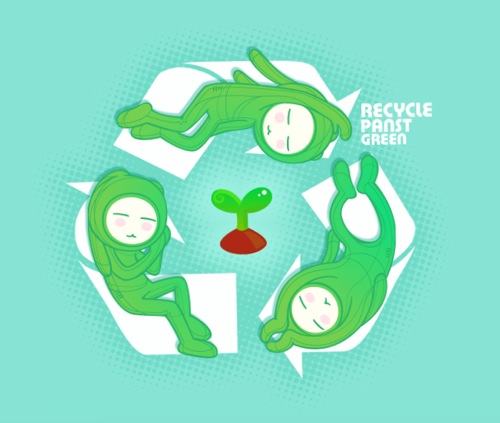 It all started innocently enough. Following the Holidays and New Year of 2007 we emptied out all of our garbage and recycling to clean up for the New Year. Many months later (May 14) it was time to put out our first bag of garbage and it dawned on me that in over four months we had only created a single bag of garbage. I wondered where could we take it to if we really dug in? Well … 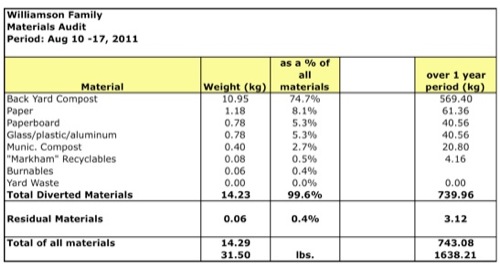 You might think anything that took more than four years to complete couldn’t be easy. When I say easy, I mean that we didn’t spend any great amounts of money to fix it nor did we enroll in any post-graduate courses in waste management. We simply created a system where we were able to observe our waste and develop simple solutions over time to reduce it.

And by waste, I am referring to both the verb and the noun. For example, we still use about the same amount of tissues we did before, but now we only purchase tissues made of recycled paper. We have a system to easily collect the tissue and compost it on site, rather than wasting time sorting through bins, pulling out used tissues, or wasting fossil fuels to transport tissues to a landfill or central composting facility.

Our system simply involves observing where the waste happens and putting something in place to reduce it. For example, most tissue is used in kitchens, bathrooms and kids rooms, so we put dedicated receptacles in each area. These receptacles can be as simple as an old cracker box with the lid removed and placed inside an old garbage bin to make a homemade recycling unit. Most people think of tissue as just a piece of garbage. But when you understand waste you begin to appreciate that garbage is a terrible thing to waste. 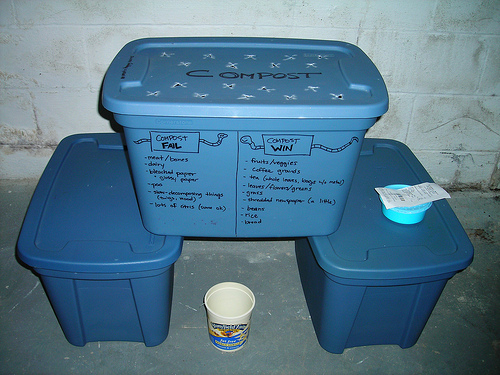 You are probably asking yourself, what does this have to do with sharing? The answer to that is that sharing is an integral part of a ZERO WASTE life and future. Sharing can be one of the most effective tools to encourage engagement with others, save money and reduce our impact on the world around us — but only if we apply it throughout our entire lives. Sharing camping gear with friends and neighbors is great, but it’s a long way from a truly sustainable lifestyle. On the other hand, buying stuff we barely use and then throwing it away is simply wasteful. We have adapted many aspects of sharing into our ZERO WASTE life. Some quick examples:

I feel comfortable (and honest) calling ours a ZERO WASTE home. From it, we run a ZERO WASTE business. With no further adieu, let me share what we’ve learned. These steps can be applied as easily to your home life as to your work life. Even if you only adopt one of them then it’s a step in the right direction for us all. 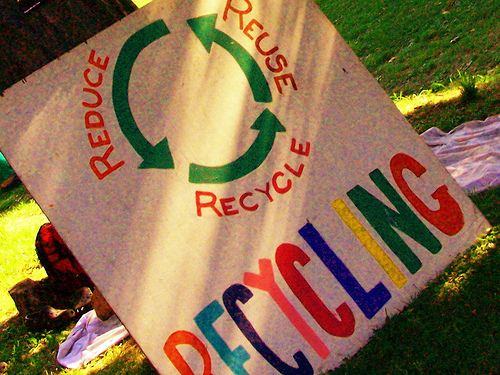 Those are some simple steps to get to Zero Waste. Try one, or try them all. Trying is the most important part. Good luck, and have fun!

Shawn Williamson is the ZERO WASTE guru for Shareable, and a Brooklin, Ontario-based Environmental Consultant who specializes in quantifying the benefit of improving sustainable practices in any organizational unit –

Shawn Williamson is the ZERO WASTE guru for Shareable, and a Brooklin, Ontario-based Environmental Consultant who specializes in quantifying the benefit of improving sustainable practices in any organizational unit – businesses, communities or families. He shares his musings on his ongoing experiments in living and working ZERO WASTE at www.baleengroup.com>.