From Urban Planning to Organizing Skillshares - Shareable
Skip to content 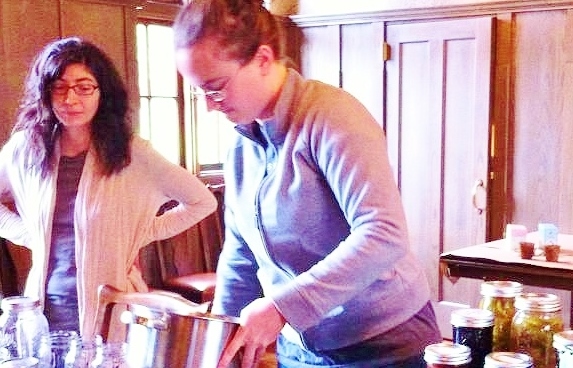 Beginning my second semester as a graduate student of Urban Planning and Affairs at the University of Illinois at Chicago, I was excited and eager to learn. The previous semester was beyond exhilarating and motivating as I read and absorbed theory from urban planners, historians, engineers, scientists, philosophers. Planning had provided me with insight into some of the most pressing big picture questions that led me to graduate school.

But all the hope and excitement and anticipation that kept me reading even over Christmas break came to a crushing halt. I had bills to pay, I lost focus on outside commitments, and spread myself so thin with school, work and assisting that I have never been so disappointed. Confused at the time, I went to a professor for advice. “You need to decide, are you an organizer or are you a planner?” This was the advice that was given to me when I proposed taking on a Shareable internship.

I decided I’m an organizer for this semester. With this internship, I could commit up to ten hours on my own time, pursue some on the ground organizing to support the sharing economy in Chicago, and still pay my bills without sacrificing my education. The planner works with paper, the organizer works with people. The planner preaches, while the organizer practices, which feels more genuine to me.

My chosen project for the internship was to organize a series of skillshares at UIC. Building on previous potlucks at the Jane Addams Hull House, the first organizing potluck for the skillshares drew in an engaged group of MUPPS (Masters of Urban Planning and Policy Students), some of whom had previously met to create real connection and work on practical projects together.

We had a second meeting of the newly formed skillshare committee to brainstorm what we wanted to learn, what we had to share with others, and how we would organize it. Though the skillshare concept was new to most MUPPS, they were very enthusiastic about the idea. We decided on a campus–wide skillshare fest all on one day, instead of a series of skillshares to draw more students in just following finals. We scheduled the Thrive and Survive Skillshare for May 3rd at the UIC Latino Cultural Center, the African American Cultural Center, and the Jane Addams Hull House.

A week later, we organized an on campus bike skillshare that led to the initiation of several bike events and summer bike skillshares. The skillshares created bonding among students as well as sparking more sharing – information, networks, tools and resources. We had another planning potluck before the big skillshare on May 3rd where we discussed all the logistics. It was well attended with about a dozen volunteers ready to commit to doing it all again next year and forming a student organization to institutionalize it beyond the current cohort.

With a majority of my time spent planning the skillshare event, time for communication and outreach became the biggest obstacle. It wasn’t just the late season snow in Chicago – student time constraints and the academic calendar are definitely barriers to organizing events with students. Though we collaborated with Chicago Time Exchange and We Farm to put on the event, more support from the University certainly would have been helpful, but was challenging to coordinate on such a short timeline. I also learned that food is a great incentive and potlucks are a great way to bridge connections!

The Thrive and Survive May 3rd skillshare ended up being a great organizing and planning experience. In all we had 8 skillshares including: How to grow your own food, Basics of composting, Community gardening and Biking 101, Basic design, Excel quick tips, Networking, and Yoga.

Given more time, we would prefer to build up a strong coalition through small group skillshares that could then provide the reach to undergraduates for a successful campus-wide event. There’s no perfect plan and the successful skillshares that occurred within the organizing UP2 MUPPS group possessed passion, participation and realness, echoing my previous experiences with organizing. With a dedicated team of MUPPs, we are confident we will continue doing skillshares at UIC and make it a cultural institution next year.

Alexandra is a Masters student of Urban Planning and Affairs at University of Illinois Chicago with experience in community organizing and public policy. She is passionate about local food and

Alexandra is a Masters student of Urban Planning and Affairs at University of Illinois Chicago with experience in community organizing and public policy. She is passionate about local food and economics.