From community gardens to coworking spaces, here are 7 sharing groups in Malaysia - Shareable
Skip to content 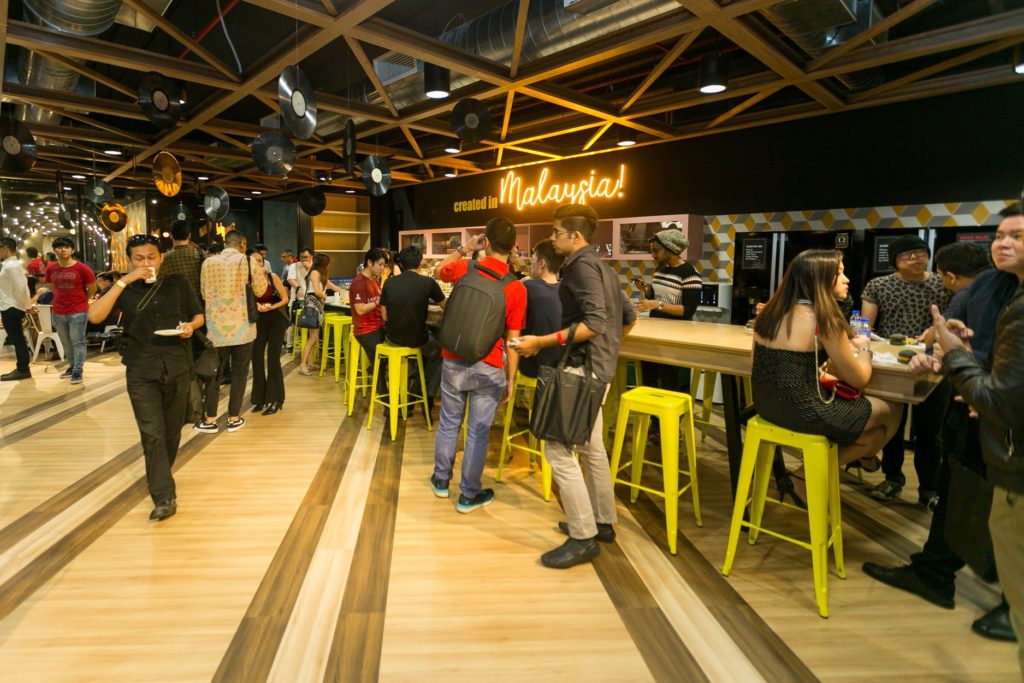 In the “Third Industrial Revolution” by Jeremy Rifkin, the social theorist mentions that developing nations are better poised to move towards a shared, collaborative economy. “My sense is that developing nations can move quicker into the new economic era by leapfrogging directly into the five-pillar infrastructure, because in many instances they lack any kind of infrastructure,” Rifkin told Forbes. While that might be true to some extent, the challenges faced by some developing countries may be greater as the returns on their decades-old investments may not have fully come to fruition. However, what we’re seeing now is that this move towards a shared economy — especially one that’s based on the true sharing of resources — is being built through a multitude of ways, from community-led organizations to social enterprises. Here are seven such groups:

Kebun-Kebun, which in Malay means gardens, is a community garden in the heart of the country’s capital city Kuala Lumpur. The garden, which is eight and a half acres, was previously left abandoned due to its unattractive setting overlooking electricity towers. But founder Ng Seksan remained persistent, fighting through four years of legal paperwork with the local authorities to obtain the land. Since its founding in 2017, volunteers have been plenty for Kebun-kebun. The wooden structures seen around the garden were designed by art students from the nearby Taylor’s University. Although it first faced criticism from neighbors who were fearful that the community garden would destabilize the slope and cause mudslides, the sentiment has since turned positive. For Seksan, the entire initiative was more than about community gardening — it was about creating a shared experience where Malaysians, segregated by technology and concrete walls, could come together. 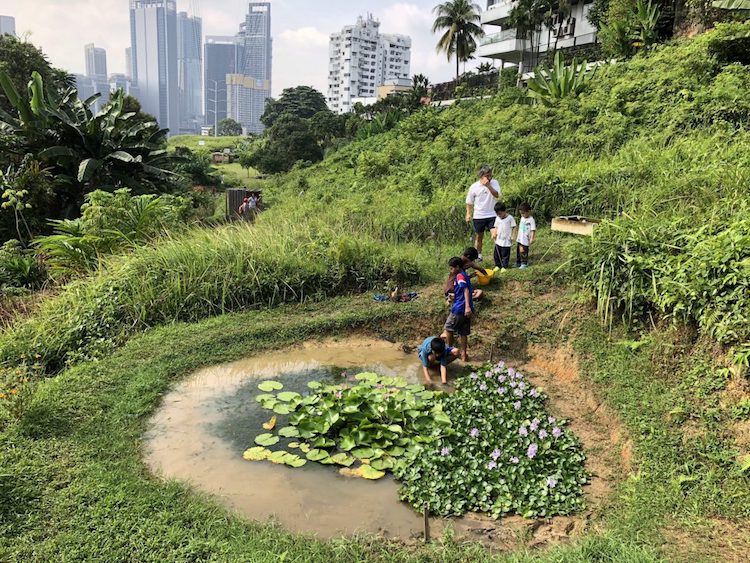 Zero Waste Malaysia is a lifestyle movement as much as it is an institution. According to the group’s founder, Aurora Tin, it focuses on promoting the idea of a zero-waste lifestyle. Both online and offline, the group conducts workshops and forums focused on promoting a zero-waste living. They work closely with schools, local state governments, and community leaders. The group has also developed Asia’s first zero-waste map, listing over 400 businesses and organizations that provides services or products that produce little to no waste. The project began after Aurora started a zero-trash experiment in early 2016. Since then, the group has expanded into a 19,000-strong membership force for good. “The growth of this group reminds us that Malaysians are ready for change, people are looking for better solutions to reduce their personal impact to the environment,” Aurora says. 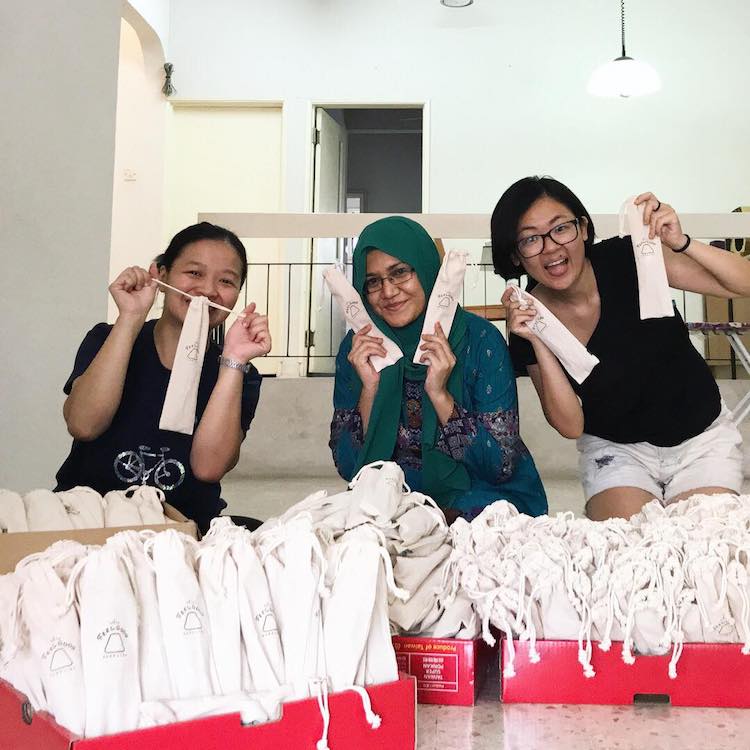 Founded in 2012, Eats, Shoots & Roots is a social enterprise that aims to empower urban communities to grow their own food. Eats, Shoots & Roots specializes in edible gardens, garden programs, and green products for communities both small and large. The core of their initiative is “permaculture,” where product agriculture is grown without the use of chemicals, pesticides, or fertilizers. The soil they use is made from organic materials, in what they refer to as “nature condition nature.” Their headquarters in Petaling Jaya is a demonstration of this, with every inch of the garden supporting potted plants and perennial vegetables. Since 2012, Eats, Shoots & Roots has become famous for their workshops and bring-home seed boxes of different variety. 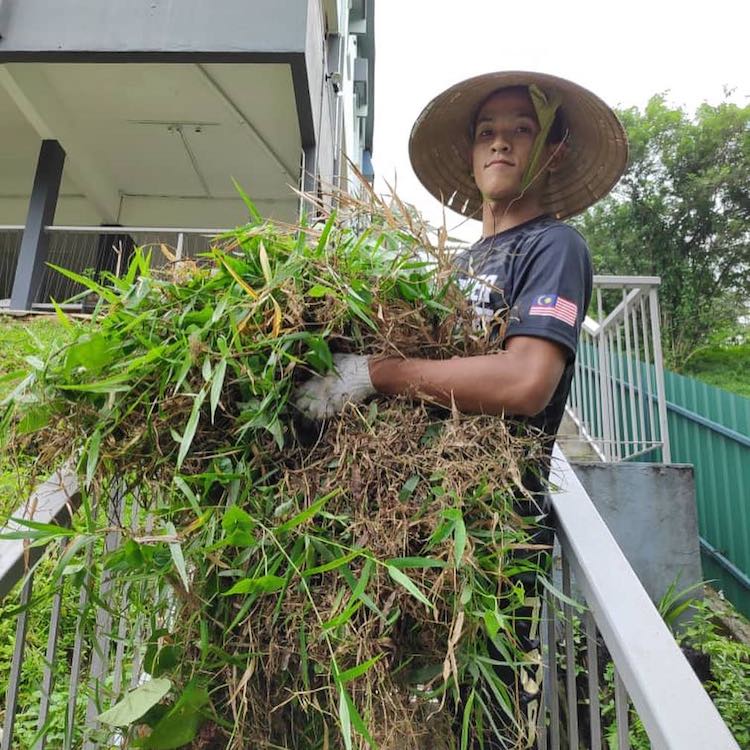 The Lost Food Project is the hidden force behind this busy urban Kuala Lumpur. Every Tuesday and Thursday, volunteers travel to shopping complexes in Kuala Lumpur to pick up bread, fresh fruits, and surplus food that would otherwise be thrown away, and then distribute these nutritious food to those in need. Since its founding in 2016, this project has managed to transfer over 1.5 million meals to people in need, simply by holding a contractual understanding between the supermarkets and organizations such as Lighthouse Orphanage, Kechara Soup Kitchen, Women’s Aid Organization, Malaysian Social Research Institute, and the Alliance of Chin Refugees. Volunteers at The Lost Food Project were quick to realize that most of the food being thrown out were fruits and vegetables, sources of nutrients that were expensive for the soup kitchens to obtain. The project now has become so vast that they themselves are in need of a warehouse to store all the food before arranging for delivery.

Co-working spaces are quickly becoming mainstream in Malaysia. One such organization leading that charge is Common Ground. Launched in March 2017, Common Ground now has over 1,000 members and 12 venues across Malaysia and a soon to-be open international office in the Philippines and Thailand. But the organization has become known for more than offering spaces to work. It focuses on engaging the community that they enter into business with by coordinating a vibrant ecosystem that helps businesses network and grow.

WORQ is another co-working space in Malaysia. Their mission is people oriented, focused on changing the way that people work altogether. A lot of thought goes into their interior design and architecture, in order to facilitate innovative sharing. Calling themselves a “productivity community,” WORQ tries to cater to businesses that have no relation to one another, in the hopes that a spillover effect of different ideas would facilitate sharing of ideas. Located in Glo Damansara, Taman Tun Dr. Ismail, and also UOA Subang, WORQ has become synonymous with famous startups in Malaysia. Every Tuesday, the WORQ community hosts lunch sessions where their tenants gather to mingle and discuss what each company is up to. 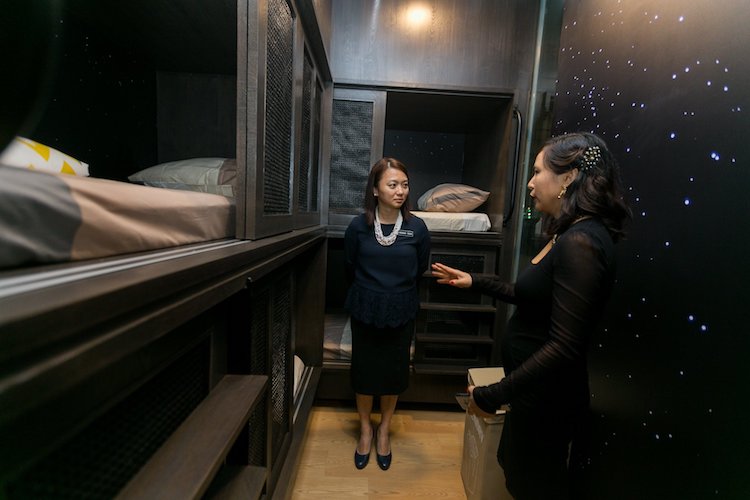 Co-Labs is also a co-working space, but their priority is to nurture leadership. The people behind Co-Lab look closely at the evolving nature of work, what’s working and what’s not, to cultivate an environment where diverse ideas would shape the next best entrepreneur. As with all the co-working space companies listed above, Co-Labs does not sit back and provide just a working space. Co-Labs also offers professional advice, training, and investor networking opportunities for their clients. 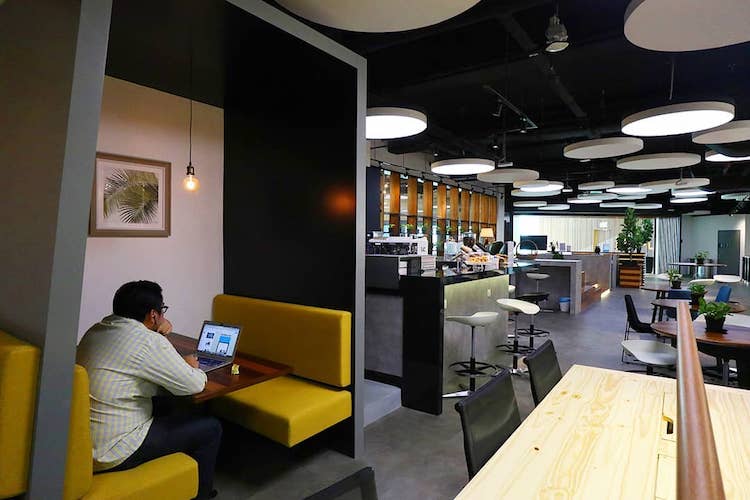 Shamil Norshidi lives in Kuala Lumpur, Malaysia. Formerly with the United Nations, Shamil is completing his Masters in Economics at the University of Malaya and is interested in the development

Shamil Norshidi lives in Kuala Lumpur, Malaysia. Formerly with the United Nations, Shamil is completing his Masters in Economics at the University of Malaya and is interested in the development of a sustainable and green economy South East Asia. Shamil has previously written for local news agencies such as Astro AWANI as well as regional networks such as the South China Morning Post.