From Adversity Comes Opportunity: Shareable in 2011 - Shareable
Skip to content 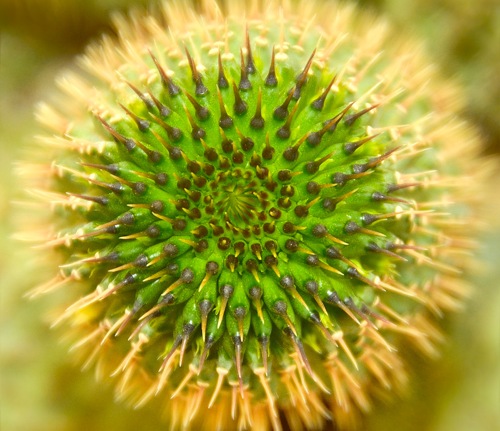 In Shareable’s second year, we investigated the challenges facing us all—the worldwide recession, increased control of the Internet, urban design problems, the changing economic and technological landscape for creators of all stripes, the decline of public spaces—and featured the people and organizations that are building a more cooperative and shareable world, from collaborative consumption entrepreneurs to innovative designers to the Occupy protestors. We organized two weekend-long unconferences, Share San Francisco and Share New York, presented a SXSW panel on the sharing economy, published two eBooks, Share or Die: Youth in Recession and Crowdfunding Nation: The Rise and Evolution of Collaborative Funding, and doubled our readership.

With 2012 drawing near, here’s a look back at our editorial collaborative’s picks for the most compelling, provocative and inspiring articles, essays, interviews, and how-to guides published on Shareable in 2011.

Few have been spared from the recession’s effects, but no group has been hit harder than Gen Y, a generation of college graduates contending with unprecedented levels of debt and few job prospects. Our eBook Share or Die: Youth in Recession focused on these issues, and what millennials are doing to get by. Editor Malcolm Harris framed the challenges facing “The Get Lost Generation”, and investigated how the student debt complex puts college grads at a severe disadvantage in an article that garnered the notice of Longreads and Byliner. The situation was evocatively illustrated by Sarah Idzik in her essay “Unprepared: From Elite College to The Job Market”, and by Jenna Brager in her comic strips “Post-College Flow Chart of Misery & Pain” and “The Post-College Flow Chart of Endless Possibility”.

But from a broken economy comes new opportunities. Vanessa Miemis created her own job, Drew Little elucidated ways the social web allows Gen Y to create its own stimulus package, and Beth Buczynski offered an in-depth look at the opportunities and solutions offered by the collaborative consumption movement. Meanwhile, the recession is inspiring millennials to discover new ways of living: Melissa Welter documented her austerity-driven path to culinary mastery in “Eating Rich, Living Poor: DIY Food By Necessity,” Nine adopted the life of a modern, cost-conscious nomad, and Lauren Westerfield saw an opportunity to redefine personal relationships.

It’s not only members of Gen Y who are experiencing economic hardship. Our recession diarist Corbyn Hightower offered an evocative account of her efforts to support a family on an ever-tightening budget, detailing the lengths she has gone to since to feed her family—including dumpster-diving—while taking stock of the intangible assets that keep her emotionally and spiritually rich. Leilani Clark also grew personally from adversity, declaring that living alone is overrated and that having roommates at 37 is actually pretty great.

2011 was the year that citizens the world over took to the streets to protest wealth inequality, from the Arab Spring to Spain to the Occupy movement. In addition to Malcolm Harris’s reports from the ground at Occupy Wall Street, Shareable investigated how the movement potentially represents a new societal model and what it could take from gov 2.0 and demographic research. As the occupations went into the months, Cheyenna Weber offered words of support and solidarity to exhausted protestors in her Love Letter to the Overcommitted.

This was also a year beset by new threats to freedom on the Internet, whether through the Stop Online Privacy Act, government censorship during the Arab Spring, or the kudzu-like growth of Facebook’s walled garden. From such threats, inspiring responses emerged, such as the open-source network Afghans build from trash and the ten projects Vanessa Miemis profiled to liberate the web. Douglas Rushkoff urged the Shareable community to build a “Next Net” that was truly decentralized and resistant to corporatization, censorship and consolidation. The response was so strong that Rushkoff organized ContactCon, a weekend-long unconference to build the alternative Internet this new community envisioned.

There are many examples of rebirth amid the hardship. In our continued coverage of The New Sharing Economy, Mira Luna explored the alternative economies forming in urban communities through self-employment, non-profits, participatory budgeting, and a new generation of worker co-ops. Jessica Reeder listed five community-driven alternatives to banks, and we featured an hour-long PBS documentary about about the change-makers building alternative economies from scratch.

Shareable examined the design component of these questions, looking at designing products from the ground-up for sharing and discussing design for social innovation with leading sustainable design strategist Ezio Manzini. Kim Gaskins explored how this year’s tech buzzword—gameification—could help build peer-to-peer communities. And in a week-long series and our eBook Crowdfunding Nation, Shareable looked at crowdfunding’s evolution and many uses, legal considerations for entrepreneurs, and the ways peer-to-peer funding can bolster social movements.

As the sharing economy came of age, it experienced some growth pangs. We reminded entrepreneurs that collaborative consumption is about much more than money. AirBnB’s flawed response to a member whose house was destroyed by renters compelled publisher Neal Gorenflo to give sharing entrepreneurs a wake-up call, and the debacle prompted Janelle Orsi of the Sustainable Economies Law Center to take a look at the uncertain legal ground some sharing businesses are standing on.

Contending with budgetary issues and growing populations, Shareable investigated the pressing issues facing municipalities, such as the decline of the suburbs and urban gentrification. We delved into the innovations in municipal governance, technology and urban design that are helping build people-focused cities and a new economy, exploring how participatory budgeting and gov 2.0 can allow for more effective governance of cities, presenting “Policies for a Shareable City”, an 18-part series explaining what citizens and pols need to do to build a shareable city, and explaining why the iPhone is the new Prius.

Of course, cultural resilience is just as important. Polly Carl and Vijay Mathew of Washington DC’s venerable Arena Stage Theater explicated why the theater’s new era of austerity is an opportunity to build a more egalitarian, commons-based theater. For Sarah Brooks, clothes swaps were a fun and creative way to help build a new economy. And in our series on the evolving library, we reported on how these essential public institutions are responding to budget cuts and new technologies by becoming community hubs for sharing and embracing innovative trends such as the maker movement.

Shareable is all about practical, hands-on solutions to the societal and personal challenges we’re facing, and our collection of how-to guides expanded. From starting a worker co-op to instituting participatory budgeting in your city, growing a garden on your balcony to how to share food without running afoul of the law, Shareable presented a do-it-yourself manual for the sharing lifestyle.

It’s been a busy but rewarding year for those of us who stoke the fires of the good ship Shareable, and we’re grateful for the continued support and engagement of our community—the readers, bloggers, commenters, and peeps on Twitter, Facebook, and Tumblr—who have joined the conversation and helped us not only spread our message of sharing, but grow and improve as a publication. We couldn’t do any of this without you all, and look forward to continuing the discussion in 2012. We’re really excited about what’s coming up.

And be sure to check out our category-specific pages for features, interviews how-to-share guides, and videos.