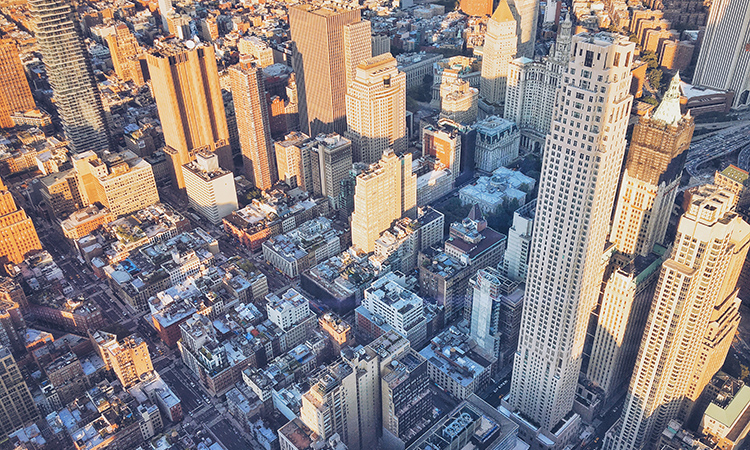 Already a leader in the home sharing space, Airbnb, if it chose to, could alleviate the housing affordability crisis through innovation and strategic investment. In addition to navigating the complexities of housing policy, it has also navigated the social dynamics of sharing personal space and other underutilized spaces, by building, for instance, the Yoshino Cedar House, providing 16 local jobs in a small, struggling Japanese town.

This may seem a strange claim considering the heavy criticism Airbnb has faced for contributing to the housing affordability crisis by incentivizing conversion of long-term rentals into more lucrative short-term tourist rentals. While the magnitude of their impact is hotly contested, it has become increasingly clear they are part of the problem. One case in point: the New York Times profiled one operator who built an empire spanning 130 New York City apartments, serving 76,000 guests — and quickly generating millions in profit. While Airbnb has policies to discourage such behaviour, the incident shows that its platform is vulnerable. As it moves to the next stage of its growth including an IPO, Airbnb may need to address its affordability impact head-on.

Fortunately, Airbnb has such an opportunity. With the launch of its Backyard project, Airbnb can embed affordability into the very design of its work — and bolster its commitment to ethics and inclusion.

Drawing from existing trends in inclusive housing innovation, below are a few strategies forward.

It’s worth noting that Airbnb and its competitors have been implicated in exacerbating the housing crisis. But Airbnb can reduce the cost of housing by using affordability-by-design principles, such as using more cost-effective building and design methods. Examples include smaller, space-efficient units, which allow developers to build more.

While living in space-efficient units may increase affordability, quality of life can take a hit. To maintain quality, Airbnb can learn from successful co-living operators.

First, these operators help residents furnish smaller units more effectively, often allowing one room to serve multiple functions. Starcity, for instance, partners with Bumblebee Spaces, which uses robotics to help beds and other large pieces of furniture store themselves in ceilings. Other furniture solutions include Everblock, whose “lego block” walls can quickly form new rooms; Ori, whose robotic furniture combines a bed, kitchen, and storage; and Resource Furniture, whose murphy beds and other foldable furniture make the most of smaller spaces.

Second, they help residents find suitable housemates. HomeShare, for instance, uses algorithms to pair roommates who live in their subdivided apartments. Hubhaus builds cultural “communities” to help residents living in close quarters enjoy each other’s company. If sharing space, like Airbnb’s tourist business, is a priority, Airbnb should consider ways to make it a plus to have housemates, or lotmates in the case of its Backyard project.

These ideas may not be too far from Airbnb’s current view. It has already hinted at using cost-saving prefab construction, championed by startups like Blokable and Katerra, and signaled a desire to make use of smaller spaces. By embracing affordability-by-design more explicitly, Airbnb can also expand its market by empowering homeowners of all economic stripes to take advantage of its new building offerings.

Low-density housing comprises roughly 70% of U.S. housing stock. Dissatisfied with high living costs in cities, Millennials, one of Airbnb’s most important demographics, are moving to suburbs in increasing numbers. As a result, filling in empty space should be on Airbnb’s radar.

Airbnb can learn from several startups tackling this problem.

But some homeowners may want something more hands-off. Perhaps Airbnb can use its platform to allow help homeowners rent out backyards to tiny homeowners who are looking for space to rent long-term. Or Airbnb can work with crowdfunding sites like Small Change to help homeowners connect with social impact developers and investors who are looking to develop micro-lots like backyards. Or, for especially large backyards, future homeowners can use platforms like Cobuy to pool financial resources and co-develop pocket neighborhoods or other micro-living communities.

Beyond making better use of underused space like backyards, Airbnb can also connect would-be developers to innovative financing. Drawing inspiration from down payment assistance programs, Kabbage, Loftium, and Landed, it could share financial products to help homeowners convert their unused spaces into extra affordable units. These can then be rented through Airbnb’s platform too, reducing the risk for lenders.

What’s more, these efforts may also help overcome NIMBY dynamics in many neighborhoods, as local homeowners — not just big developers — are seen benefiting from increased growth.

By providing more housing next to transit options, Airbnb can also help residents access jobs and other opportunities, even if they live in neighborhoods away from urban cores. Even as Millennials are moving to the suburbs, the Urban Land Institute points out that they still want public transit and walkability.

For areas that are seeing an uptick in density, Airbnb may consider partnering with mobility organizations. One useful, low-cost way: safely sharing aggregate data about housing choices to help transit operators know where demand for their services will likely increase. When these services spread, data about these can be further shared with Google Maps and Waze to ensure new residents are aware of alternative ways to get to the store or to work. With these data partnerships, new bicycle, scooter, dollar van, bus, or other mobility investments can better curb car reliance and traffic.

For especially promising neighborhoods or cities, Airbnb may partner with crowdfunding public finance startups like Neighborly. Minneapolis, for instance, recently enacted legislation to increase housing density by removing bans against triplexes and other so-called exclusionary zoning practices. For areas like these which will see an uptick in density, local residents, governments, and Airbnb may jointly invest in quasi-public infrastructure projects such as bicycle lanes, bus-only lanes, and better roads.

This effort is critical to counter a key NIMBY concern, particularly in lower density areas: that more housing increases traffic and parking stress. By investing in transit infrastructure, Airbnb and its partners might proactively address some of the concerns of increased density.

A world where co-living companies become catalysts for more affordable housing is an exciting one. Yet, despite the benefits, Airbnb will have to grapple with the consequences of increased density. Helping local homeowners benefit from growth and bolstering public transit infrastructure are two important steps.

But Airbnb’s approach to process — and, more broadly, its respect towards existing leaders and democratic processes — is key to its public image. This doesn’t mean blind faith towards these (sometimes broken) processes.

The company should inform its development strategies by building relationships with local nonprofits, racial justice advocates, and tenant unions. Such partnerships have been done before. To be responsive to local concerns for its larger projects, it can use data-driven platforms like coUrbanize, Neighborland, and ZenCity.

In fact, Airbnb can take this further. Building on its nonprofit and technology company partnerships, it may lead a nationwide industry charge for zoning standards that promote housing that is affordability-by-design, such as “missing middle” housing. Learning from Minneapolis and Portland, it can promote standards to remove exclusionary zoning policies that harm supply. Minimum lot sizes, bans against ADUs and triplexes, and stringent parking requirements, for instance, restrict space-efficient housing designs and exclude families with more moderate means.

Airbnb’s leadership here means it wins too. Policies like these would increase the potential supply needed to drive demand for its Backyard initiative. Fewer exclusionary zoning practices can bolster more creative thinking about how to use underused space. This means more people, construction, and innovative space-sharing housing designs, all of which create a regulatory environment for Airbnb and the public to benefit.

Housing development deeply affects the livelihoods of millions. Airbnb must think about the consequences of its strategies and proactively address them — not simply move fast and break things. It’s the company’s burden and opportunity to take this next step innovatively and responsibly.