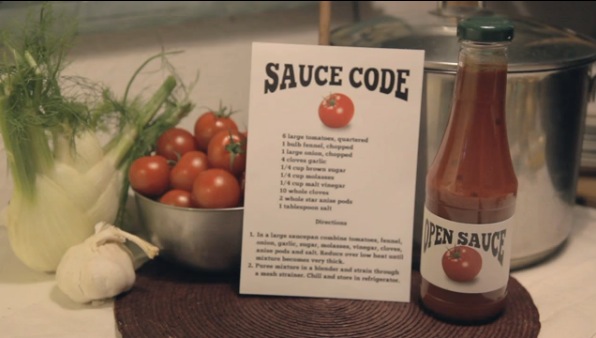 Open source may have began as a principle for software development, but its core ethos are manifesting in the physical world, in group dynamics, physical objects, even pizza. But is it possible to live entirely open source for a year? That’s the radical life experiment Berlin-based documentary filmmaker Sam Muirhead is starting on August 1st.

This means a lot more than forgoing his beloved Final Cut Pro in favor of Linux alternatives. Think about all the proprietary objects and tools we use in daily lives: the manufacturer of your oven isn’t throwing the schematics online and inviting people to modify their design, for example.

On the page for the Indiegogo campaign Muirhead has launched to cover the costs of documenting his experiment, he explains, “In every aspect of my life, from the clothes I wear to the film equipment and appliances I use, I will be looking for and switching to open source alternatives, in hardware, software and services.”

“Software is really just the beginning,” Muirhead says in the video. “Open source is a philosophy that encourages openness, sharing, and modification.” And while Muirhead’s experiment may be a tad ambitious at this point in time, it’ll be fascinating to see how he fares.

Year of Open Source from Sam Muirhead on Vimeo.