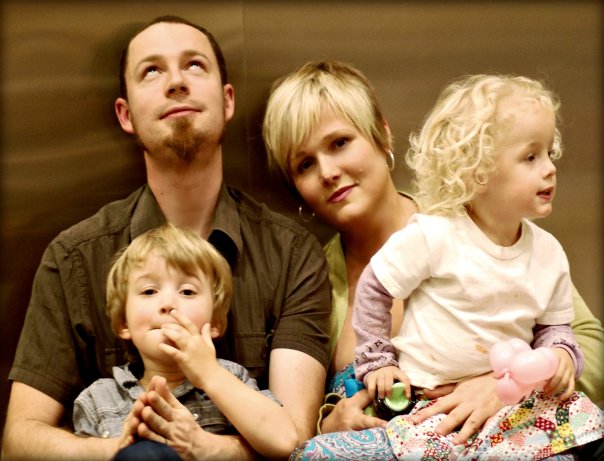 This is the first entry in Corbyn Hightower's continuing diary of how her family of five is surviving the Great Recession.

It's our last day with a car. The recession forced our hand, and though we've been talking about it for months, it still feels shocking and disorienting having the time come upon us. We've had a tough two years. I was a sales rep in an industry that took a huge hit that fairly quickly reduced my income by about ninety percent. A few months later I was downsized altogether. In the interim, my husband Larry took a low-paying retail job after having been a stay-at-home dad for three years.

Sheepishly, I admit to lingering vestiges of better times. We have a beautiful washer and dryer. There's a fancy elliptical machine in my office, which is the only piece of equipment that gets any use in there. My laptop has been clicked shut and slid into its case ever since the Internet service got turned off. The fax is silent due to a lack of an incoming phone line. I am typing this on my iPhone, a fact which makes me blush furiously, but is the one thing I think I'll keep.

We were never good with money, my husband and I. Before we met and after we combined forces, too. Still, times were so abundant for several years there that we did manage to save a fair amount of dough in addition to obtaining some trappings of a more abundant lifestyle. I look back now, and I feel grateful for not having bought a house. We already feel like the poster children for the recession; a foreclosure sign in our front yard would have put the final rubber stamp of cliché on our tale. 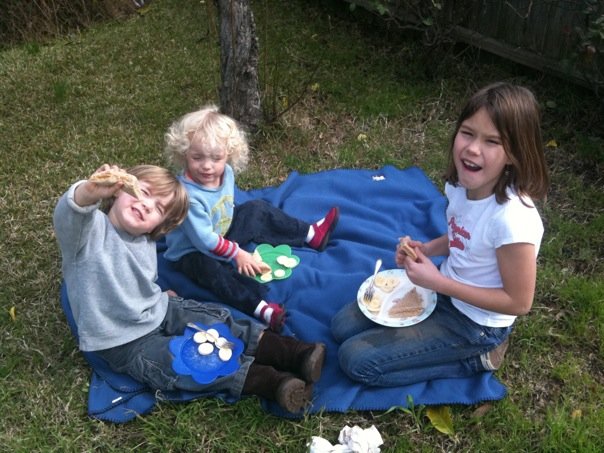 The money we saved cushioned us enough to pay the difference between our cost-of-living and our new poverty-level income. Meanwhile, we began sifting through anything we could sell on eBay. We had the big-daddy of all garage sales. It took us a couple months to accept that the following non-essentials had to go: spring water bottle delivery, gym membership, health insurance, purchasing books, our CSA box, cable TV, and Internet connectivity.

Oddly, the day the wifi and cable TV were shut off felt like a liberation. No more of my husband playing Castle Age while eating dinner on his lap while I played Mafia Wars or Farmville in my office and ate solo as well. Where were the kids during that time? In the living room, using the coffee table as a dinner table and watching Sponge Bob. Now, we eat together every night.

Things the recession taught me: keeping your thermostat at 63 degrees in the winter and at 85 in the summer is uncomfortable but not fatal. Lesson two? You are not using your library enough. Do you know you can take out as many books as you want? And that they have free storytimes and craft lessons for kids? And that you can check out DVDs? Thankfully, my community has well-funded, thriving libraries. And parks. Parks are free. Another lesson: you can eat cheaply without resorting to Top Ramen. You don't *need* meat. Beans and grains will take you far. Another lesson: foodstamps are like a god descending from a cloud and telling you it's going to be all right. 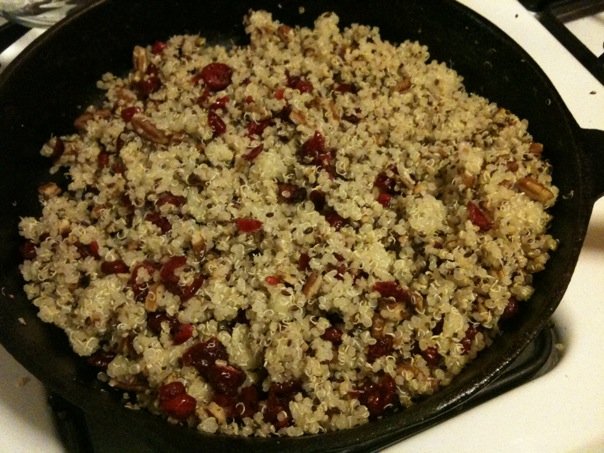 Which brings me to The Recession Diet. I've lost thirty pounds this way! The secret? Not having enough to eat. Or, rather, not being willing to buy the high-calorie cheap kind of food that would keep us fat and calm, bellies full and minds softly-starved and docile. I always raised my kids to say "poison!" when we pass the Golden Arches. They know we don't eat strawberries until sunny spring days. We have always gardened and supported our local CSA. In better times, we bought raw milk from an organic farm. 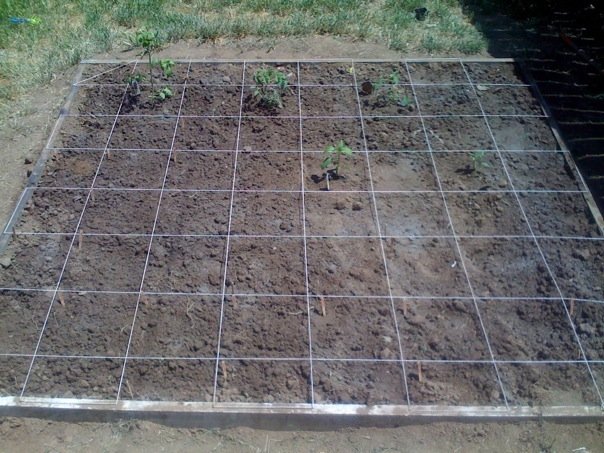 We live, as I mentioned, on beans and grains, along with in-season vegetables and fruit. Thankfully, we have room for a decent vegetable garden (foodstamps pay for seeds,) and we have a street that's almost pornographic in its abundant fruit trees. Our orange tree has been so productive that its branches dip, groaning, to the ground. Our giant apple tree will grant us her gifts late this summer, and the pear tree shortly thereafter. We have an unofficial trading club with neighbors, some of whom have apricots, lemons, peaches, plums, blackberries, and cherries. The fact that we live in the fertile and temperate land of Northern California central valley is an incredible gift during these lean times. 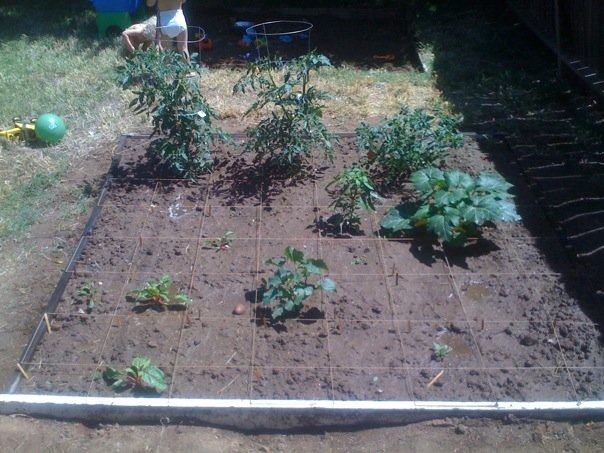 Another recession lesson? Almost all durable goods can be gotten at thrift stores. Not Goodwill. Goodwill is waayy too expensive.

The month has finally arrived where we cannot pay the rent. We've long-since downgraded from a pristine rental with an elegant balcony and professionally-landscaped yard in a desireable suburb to a rickety, rambling old house in downtown, a stone's throw from the train tracks and the homeless shelter. Even so, with our savings gone and having reduced our expenses to near-zero, we still can't cover our nut. We need to infuse our bank account with a chunk of cash, preferably enough to make up for the difference between our income and out-go until our two younger children could enroll in public school, at which point I would be able to take a job–any job.

Finally, there is the car. We've been holding onto our car for practical and emotional reasons. Our pristine silver Honda SUV has been a vestige of another life. Even as everything is falling down around us, we still have our car. It struck the right tone with us–a handsome compromise between luxurious and sensible. It felt comforting driving my children around in it, as it had enough airbags to allow it to moonlight as a bouncy-house. The smell of the leather seats, the sturdy low-toned "chink" the doors made when they shut, the seat warmers on cold winter mornings.

And it's PAID OFF. Several years old, but paid for. One small and tasteful liberal bumpersticker and a hula girl stuck to the dash with poster putty, but otherwise impeccably maintained and in wonderful shape. We thought we'd own this car until we "ran it into the ground." It was the first new car I had ever bought, and I allowed myself that pride of ownership. Never until time for resale have I ever so appreciated the fact that it's a Honda, a brand that holds its value better than almost any other.

The new neighborhood allowed us to even consider this an option. We moved away from a suburban, planned community landlocked by busy highways. We could walk and walk for the pleasure and exercise of it through the residential streets, but walking or biking outside the perimeter was foolhardy and probably dangerous. The first week we lived there, I had saddled up my younger two in the double-stroller and headed out to the post office on foot. Cars blasted by us at sixty miles an hour as I pushed the kids through the weeds and high grasses on the shoulder-less thoroughfare. 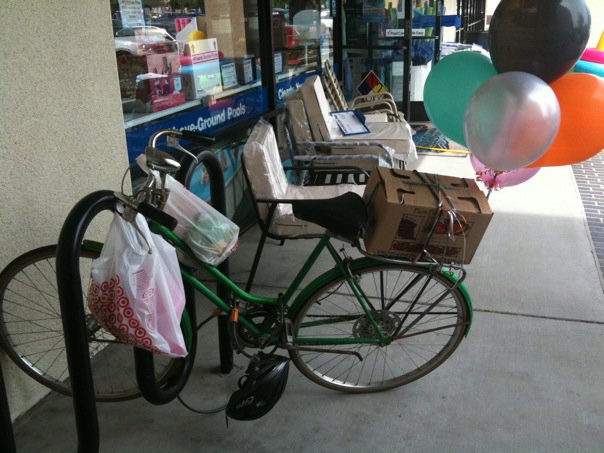 The Hightower family goes birthday shopping without a car.

Now, though, we live in as densely-commercial as you can get while still being considered suburban. We mapped it all out, and truly, everything we need is within four miles. And yes, climate helps. We discussed it seriously for a few weeks, and then just like that, we'd written our craigslist ad and put signs on our car windows.

After a panicky few days where we worried if it would sell at all we finally got a serious offer from a young family. Tonight, they hand us a cashier's check and drive off in our last asset, so that we may keep our family afloat. I am sad, and yes I am a little jealous of this handsome couple that have weathered these tough years better than we have. They will enjoy the spoils of my success. They'll slide over the leather seats, crank the music, open the sunroof, drive down a road to adventures.

We briefly considered replacing our '06 Honda with a low-priced, older car. That thought depressed us. We'd still have the expenses of gas and insurance, plus the added unknown of maintenance and repairs. Then there was the morale-killer of letting go of our glittering silver chariot and replacing it with something like a dented Dodge Neon with over a hundred thousand miles.

I was half-joking when I suggested dumping the car-ownership idea altogether and instead spend some money on good, reliable bikes, trailers to tow cargo and kids, good locks and helmets and weather gear. The joke gained seriousness when we reasoned that it might actually work. It might feel good. It might feel like the right thing to do.

So, where do you go, here in the suburbs, with three kids… on the last day with a car? Turns out, we're not going to go anywhere. There isn't anything we need. And we have already begun to let go. 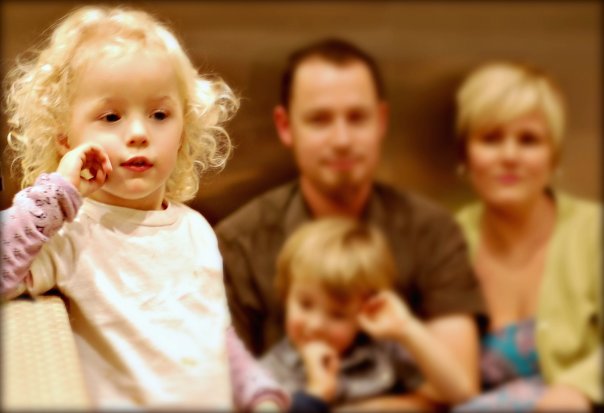 Credit: In Her Image Photography

Read Part II here. And stay tuned for further installments on how Corbyn's family is surviving the Great Recession...