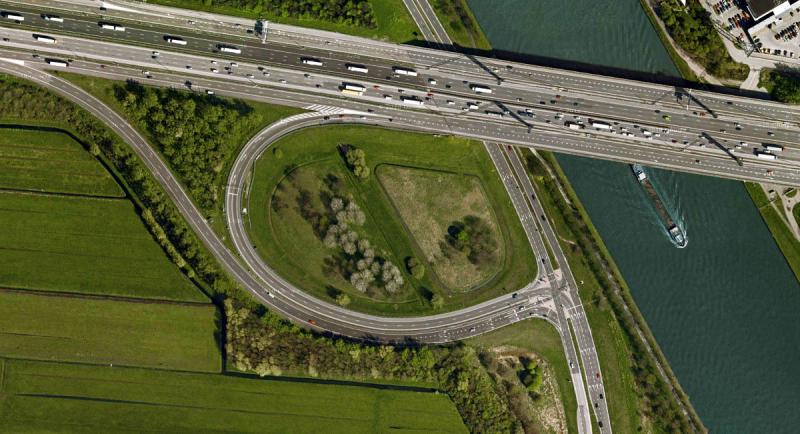 My imagination was ignited a few weeks ago when I came across a post on BLDGBLOG about crypto-forests: forgotten patches of urban land where nature has taken its course. What we call weeds are actually demonstrations of the irrepressible force of nature–plants overtaking urban areas designed to keep nature at bay.

BLDGBLOG’s Geoff Manaugh describes crypto-forests quite lyrically: “Weed patches in which the earliest emergent traces of a thicket can be found; clusters of trees growing semi-feral on the edges of railroad yards; forgotten courtyards sprouting with random saplings unplanted by any hand.” It’s reminiscent of the scenario David Byrne vividly predicted in the Talking Heads song “Nothing But Flowers,” but smaller in scope and without the apocalypse.

Manaugh’s post directed me to a Boston Globe article about Peter Del Tredici, a scientist at the Arnold Arboretum who studies what he calls “emergent forests,”ecosystems spawned spontaneously within urban areas.

Del Tredici takes issue with the tendency of urban dwellers to classify these plants as weeds and their growth as invasive; instead, he sees them as marvels of adaptation, able to thrive in some of the harshest environments for plant life. Del Tedici argues the city is a new kind of habitat, in which there are no native plants, and that city dwellers fail to see the potential in these mini-habitats that nature has created by itself. The plants we call weeds provide environmental benefits–consuming carbon dioxide, preventing erosion–just as the planned growth does.

A regular topic on Shareable is reclaiming land and resources that are being mis- or under-utilized. In the case of emergent forests, we find nature doing some reclamation of its own. Meanwhile, people are doing their own form of urban renewal on the sly in the form of guerrilla gardening. Under the cover of night or neighbor apathy, guerrilla gardeners are creating ad-hoc habitats on neglected land.

While the movement has been growing for years (according to Wikipedia, decades,) guerrilla gardening is a relatively new phenomenon to me. At guerrillagardening.org, Richard Reynolds, author of the guide On Guerrilla Gardening exhorts, “there is neglected orphaned land all over the place. Pockets of resistance have broken out in some areas as guerrilla gardeners fight back to reclaim this precious resource and cultivate it.”

This impulse takes numerous forms: turning patches of dirt and trash into planters, transforming a thicket of weeds into a small tomato garden. Guerrilla gardening has flourished into a movement online, and there are numerous resources for the would-be guerrilla gardener, including step-by-step how-tos at WikiHow and guerrillagardening.org, as well as community Guerrilla Gardening groups in cities such as Toronto and Los Angeles.

Guerrilla gardeners have often been at war with untended growth in urban areas, clearing weeds from patches of neglected land. Depending on the priorities of the gardener–for some urban beautification, for others, growing food–the plants Del Tedici defends could be considered a nuisance. But I wonder what would happen if emergent forestry enthusiasts and guerrilla gardeners united? A shared effort to appreciate and support the incredibly diverse urban habitat that has developed on its own accord could revolutionize the relationship between urban dwellers and nature, in all its persistence.