Crafting Community on a Ride with Strangers - Shareable
Skip to content 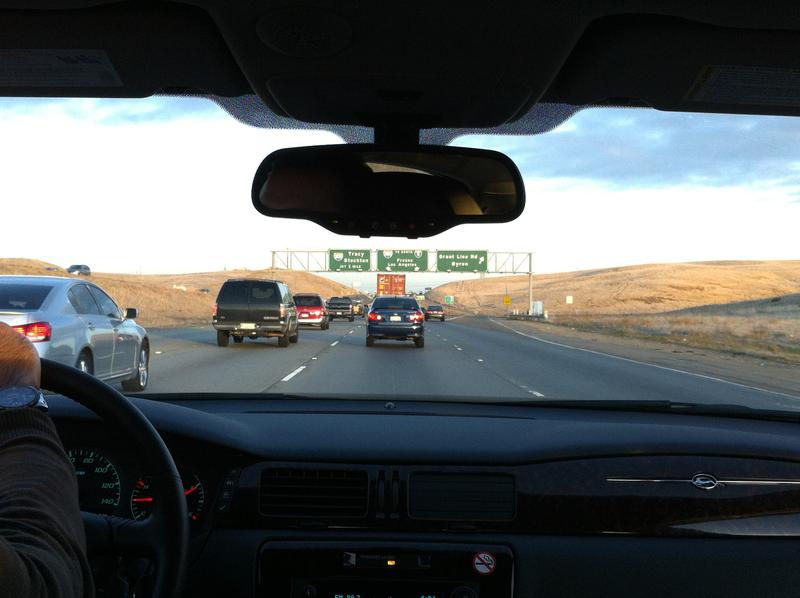 On the afternoon of December 30, I was sitting in the middle of the backseat of a rented black Chevy Impala, sandwiched between two muscular strangers as the car hurtled down the 5 freeway. Up front, two foreigners I had just met took turns at the wheel while the sun set in a pink haze over the desolate expanse of California's Central Valley.

Just then, Luali turned flashing an alabaster grin to offer me a crisp organic apple. I was ridesharing.

Choosing to Travel with Strangers

The day before, I had made a last-minute decision to travel from San Francisco to LA to spend New Year’s Eve with my best friend and her husband. On such short notice, flying was prohibitively expensive. Ironically, my own car was already booked that weekend by a renter on peer-to-peer carsharing website Getaround. It seemed like the perfect opportunity to try a Zimride.

Zimride is a peer-to-peer web marketplace where drivers taking trips can sell the extra seats in their cars to other people who want to travel the same routes. It is usually cheaper for the riders than flying or driving solo (especially last-minute), a money-maker for the drivers, and it reduces road congestion and fuel emissions – an all-around win.

Despite the favorable economics, I knew I was taking a few risks by volunteering to share a six-hour car ride with four strangers through the middle of nowhere. What if they were axe murderers – or reckless drivers? What if they drove a 1987 Ford Festiva and it died in the long, godforsaken stretch of Central California populated only by truck stops, citrus orchards, and mariachi radio stations? Worst of all… what if they were obnoxious?

As soon as I posted my plans on Facebook, the alarmed responses of older relatives and family friends started rolling in. “Do these people have to give references?” they asked. “Stay safe!” one implored. (The axe murderer scenario was clearly their greatest concern.)

Personally, I wasn’t worried for my life. Zimride’s Facebook verification system showed me that my driver had hundreds of established connections, and the site gave me her full name, email, and phone number so I could subject her to the Google test – which she passed. While more extensive trust protocols would have provided even greater peace of mind, I figured that most axe murderers wouldn’t want to leave such a long paper trail.

Making Fast Friends on a Drive Down I-5 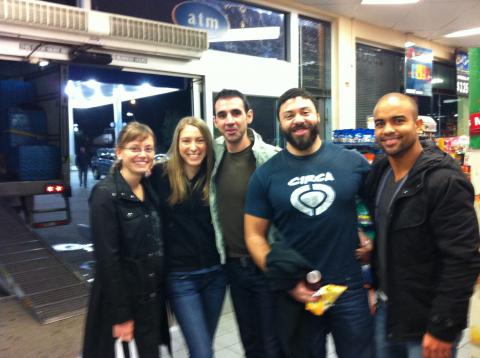 As it turned out, the six hours I spent jammed cheek-by-jowl in the back of that Impala were a blast. I hit it off immediately with my driver and the other passengers. We were an international carload – Tatjana, an English language teacher from Serbia; her boyfriend Walter, an Italian software developer living in San Francisco; Luali, a Brazilian exchange student; and Brett, a digital animation student from Pasadena. For six hours, we barely stopped talking.

"Next week is Orthodox Christmas Eve," said Tatjana. "Do you eat lasagna? Walter is making lasagna!"

As I explained the tiresome peculiarities of my vegan diet and their lack of compatibility with ricotta, Walter interjected.

"You'll have to come to our house! Do you cook? Bring something vegan. We will have a Christmas tree, food, everything. Luali will be there."

How could I refuse? It was settled.

Over the hours, our conversations roamed through Tatjana's stories of life in Serbia and her plans for a Disneyland New Year’s Eve. Walter and I talked tech while Luali kept me well supplied with Trader Joe’s apples. Humbly, Brett showed us his intricate drawings for computer-animated creatures, impressing us all with their imaginative beauty. I will concede that my drivers made a few questionable radio station selections, but by the time they dropped me off in LA, we were bonded as friends.

Though the Zimride was complete, our relationship wasn't over. The next Friday, I showed up to celebrate the Orthodox holiday at Walter and Tatjana's SoMa apartment bearing a steaming baking dish of stuffed portabella mushrooms. Soon after, Walter brought me along to an event at his company’s office in San Francisco, where we mingled with our shared professional circles. Last weekend, the three of us drove up to Point Reyes to spend the day hiking and exploring the beautiful Northern California coast – my turn to drive! We pondered our career goals, told stories of old heartbreaks, and laughed together as gale-force winds swept spray and sand in our faces and suspended seagulls in mid-air. 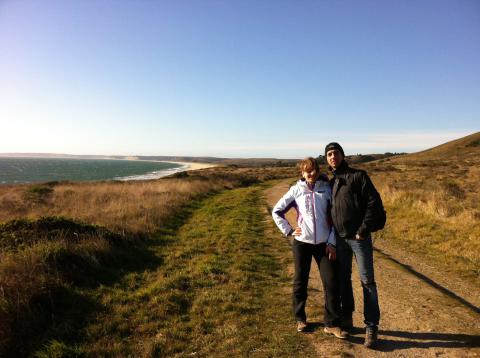 When observers discuss the benefits of participating in collaborative consumption, the material rewards are usually mentioned first: saving and making money by sharing goods and services.

Yes, I have earned over a thousand dollars in the last few months renting my car to strangers. I've saved hundreds more using Airbnb and other sharing services. I'm not made of money, so that material benefit means something to me – it’s the bottom-line reason I first started sharing. But I have gained a lot more than cash from my sharing adventures. I have made great friends.

Peer-to-peer markets have the power to strengthen local social capital, building relationships among neighbors in modern cities where residents are prone to co-exist without interacting. As I learned firsthand through my New Year's excursion, sharing isn't just the future of our economy – it is the future of community.

Emily is a writer and social entrepreneur with a decade of experience working to advance the public good in government and the private sector. She believes sharing-based business models are

Emily is a writer and social entrepreneur with a decade of experience working to advance the public good in government and the private sector. She believes sharing-based business models are economically efficient, sustainable, and have tremendous power to build social capital. A committed advocate for collaborative consumption and peer-to-peer marketplaces, she engages with thought leaders, policymakers, and entrepreneurs to address emerging issues of concern within the sharing economy, with a focus on transportation. Emily is the Community Manager for Lyft, a mobile app from Zimride for on-demand rides from vetted local drivers. She is also the co-founder and host of Collaborative Chats, San Francisco's speaker series on the sharing economy. She personally explores as many collaborative consumption experiences as she can and loves telling the stories behind those unique interactions to spread the word about the power and value of sharing.

Things I share: My car, rides, other people's homes, meals, my time, and stories of my collaborative consumption adventures.