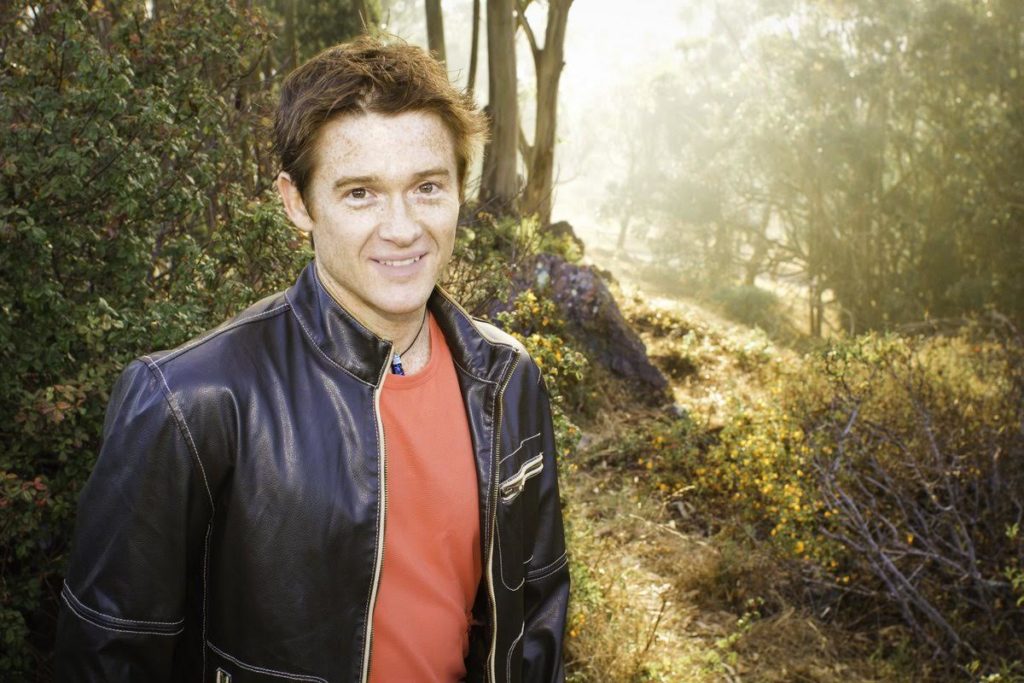 More than 10 years ago, Casey Fenton had an idea that brought the world together: Couchsurfing. The San Francisco-based platform, founded by Fenton in 2003, links travellers around the world with local people who are willing to host them in their homes for free, no strings attached.

According to the company, the site has more than 14 million members. As the budget travel platform approaches its 15th anniversary, Fenton is working on a partly crowdsourced book to tell the story of Couchsurfing's rise from a social experiment via an amateurish website, to a global travel and social networking monolith.

The book is also serving as a pilot project for another online platform Fenton founded. This one — Mastly — is used to calculate and distribute equity to contributors of a project. That's how Fenton plans to pay not only contributors — but also people who sign up to promote the book.

In this exclusive interview, Fenton tells Shareable how it all came together.

Ruby Pratka: First of all, how did the idea for the Couchsurfing book come about?

Casey Fenton: Over the years, many Couchsurfers have encouraged me to write a book. I never had the time, but I always thought I'd do a book someday. A few Couchsurfers contacted me through the platform and told me they could help me. They had their own startup called Publishizer, which helps people with book projects raise money and find publishers. They've been guiding me through this. We had a professional writer who had written for The New York Times create the outline, and I felt really good about it. Now we need to crowdfund about $20,000. We have a bunch of work to do to get the word out.

What kind of book is this going to be?

It will be the story of Couchsurfing, but also a story about entrepreneurship and all the stuff I've learned. A lot of travellers have written books about their Couchsurfing experiences, but people have been asking me for years how we started, and this book will tell that story. There will be a section that will include stories from Couchsurfing members. Some of the stories are amazing — just last week I heard from one woman who used Couchsurfing to visit 100 countries before she turned 30. She said it would not have been possible without Couchsurfing. Couchsurfing is like her backstage pass to the world.

Where does Mastly fit in?

Mastly allows a large group of people to work on a project and share the profits. The project lead can add people to the equity pool via the app, they can record the work they're doing and see the amount of their equity growing in real time. The more people work, the more equity they get, and it gives people a real sense of ownership. Most equity systems operate on trust and cost thousands of dollars in legal fees to put together. It's also not very motivating — if you agree to have part of your salary paid in equity, you sign papers, which you put in a drawer and then forget about.

With Mastly, startups can free up thousands of dollars to invest in other costs, because we've done the legal work and because by offering employees, contractors, and advisors the option to be paid in equity, they free up a part of their short-term payroll. It can be used for small and large companies in the U.S., and we'll be able to roll it out soon in Australia.

We're working with attorneys around the world and we're hoping to have it available in more than 60 countries. In the past, when you had a book that you wanted to get out there, it was hard to get people on board, because there was no good way to compensate people. With Mastly, when a business crowdfunding campaign succeeds, the contributors succeed.

Why did you want to get into financial services in the first place?

The idea grew out of my experience running Couchsurfing. We wanted to offer our employees equity, to make them feel like they were even more a part of the project, but they felt like it was kind of a shell game, forcing people to take a cut in future profits that they can't see. Now employees have a simplified platform to follow their own equity. They know they'll receive a payout if the company is sold or if there's an IPO.

Mastly is your fourth startup, if I'm not mistaken, counting Couchsurfing and Wonder. What advice do you have for young people who are looking to launch their first startup?

I've done four or five startups, depending on how you count, and advised another 20 small businesses. Except for a few years working in Alaska politics, I've spent my entire working life in startups. My biggest piece of advice would be, don't waste a lot of time working on something that isn't panning out.

As an entrepreneur, you assume that people need a product or service. Test this assumption in the simplest and most inexpensive way you can. With Couchsurfing, I assumed that people wanted to travel through couch-surfing with strangers. I had anecdotal evidence, but I decided to test it via a small website. I invited some friends to use the website to see what would happen, and the results showed that it was a viable idea. The simplest test is asking as many people as possible, "Would you do this?"

What is your role in Couchsurfing at the moment, and how do you see the future of Couchsurfing?

I worked on Couchsurfing for more than 10 years. I kind of stepped back from having an active role. I want that "backstage pass to the world" to always be there for people. It's important for people to have an opportunity to see the world at a low cost. I want to make sure it's always available and I'd like to see it grow. I think it will.

How can CouchSurfers get involved in the book project?

Go to thecouchsurfingstory.com and look around. You can pre-order the book there, or become an ambassador and tell other people about the project and the book. By becoming an ambassador, through the Mastly platform, you get a share in the profits.