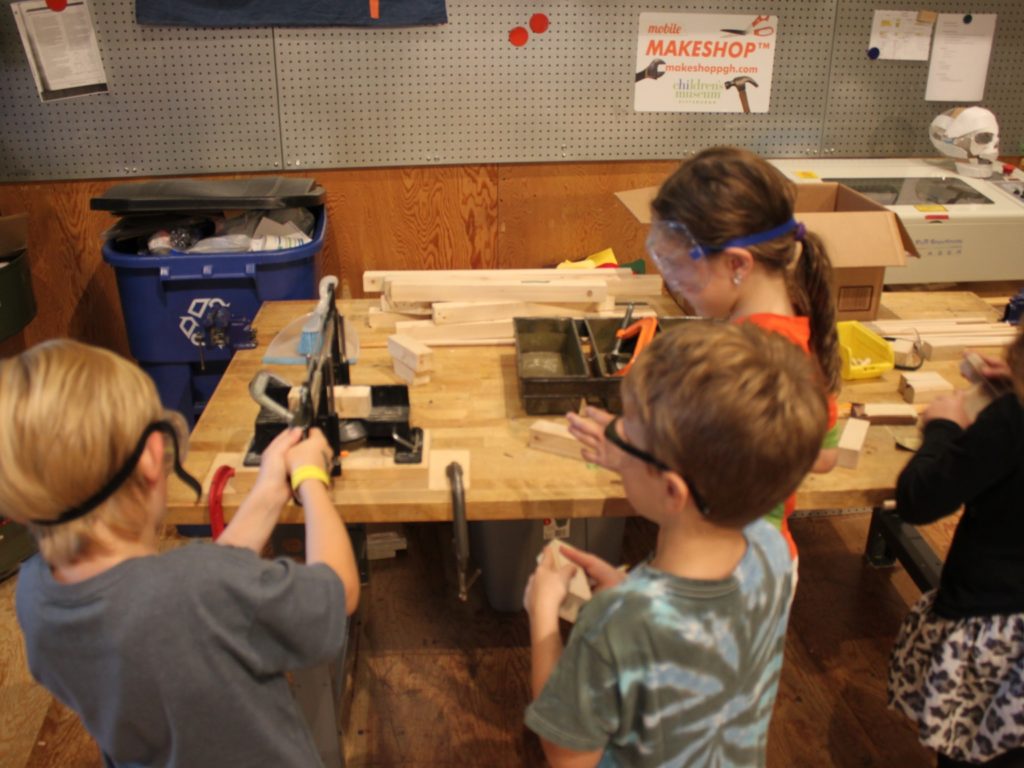 In a partnership between Kickstarter and The Children's Museum of Pittsburgh, seven Pittsburgh-based schools successfully raised $102,770 to launch maker projects in elementary and intermediate schools across the region. A total of 539 people backed the projects.

Ten schools were initially selected to participate in the Kickstarting Making it in Schools pilot project, which aimed to raise funds to design and implement projects in topics including applied mathematics, energy, literacy and entrepreneurship.Staff at participating schools also took part in professional development facilitated by The Children's Museum of Pittsburgh focusing on networks, building community through crowdfunding, research and evaluation and taking projects to scale.

The funding will enable a diversity of maker projects and integrate with school curricula. "Makers Explore the Six Days of Creation" at the Yeshiva Schools of Pittsburgh raised $5,146 from 46 backers to " reimagine the teaching of Genesis and the Hebrew language through the integration of hands-on learning experiences with new tools and materials." A "Kiski-area Upper Elementary Makerspace", which raised $19,020 from 53 backers, looks to " integrate woodworking, fabrication, and interdisciplinary DIY learning between the humanities and STEM for suburban fifth and sixth graders." And a "Kickstart Making at Burgettstown Area School District" project, which raised $6.137 with 53 backers, seeks to "bring hands-on learning experiences, tools, and materials to rural students who don’t have access to maker resources."

According to techopedia.com, the maker movement is "a trend in which individuals or groups of individuals create and market products that are recreated and assembled using unused, discarded or broken electronic, plastic, silicon or virtually any raw material and/or product from a computer-related device."  In a school context, educators teach concepts through a hands-on process where students tinker, find their own answers and deliver a product.

The maker movement has been gaining traction in schools in recent years according to a 2013 Center for Digital Education article, which notes that educators see makerspaces as a way to engage students via hands-on projects past the lower elementary period. Others see it as an antidote to increased academic mandates and testing. Projects like The Maker Education Initiative are working to "create more opportunities for all young people to develop confidence, creativity, and interest in science, technology, engineering, math, art, and learning as a whole through making."

Want to start a makerspace in your community's school? Here are some tips to get started, and here's a list of 3 key qualities for a school makerspace.