Can We Build Homes on Trust? - Shareable
Skip to content 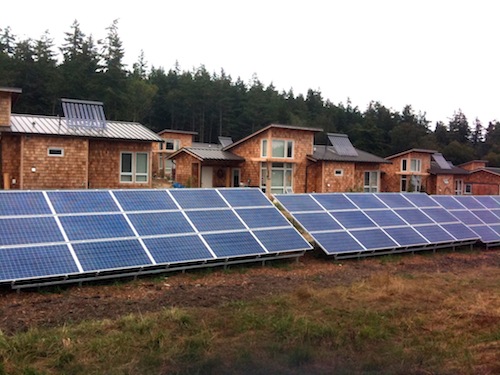 For decades, Australia has been fascinated with homeownership—as a national ideal, wealth creation vehicle, and shaper of individual, family, and national identity.

As in America, the past few years have seen problems emerging around housing affordability. Unlike America, though, our housing market didn’t crash. It barely stumbled and seems to be spiralling ever upwards, with Australia now having the dubious honor of being the most unaffordable country on earth.

On top of this, Australia is facing its own peculiar challenges regarding physical and social sustainability. There is a groundswell of activity and interest in trying to build more sustainable and equitable cities. We seem to struggle more with social than environmental aspects of sustainability, though, and really struggle with combining physical sustainability with housing affordability, especially in urban areas.

A few weeks ago I came home buzzing from a meeting in a chapel opposite Bondi Beach. That meeting will be remembered as the birth of a non-profit community organization set up “to establish and implement community land trusts as a viable affordable housing option in New South Wales.” Interest in community land trusts is snowballing in Australia, which gives me hope for shareable and resilient cities.

As we go forward with building alternative structures like land trusts, we have a major challenge before us: the broad-scale refit of our existing urban areas into more sustainable forms and systems. 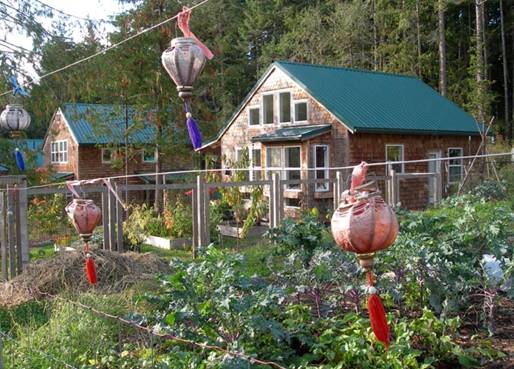 Community land trusts (CLTs) started in the United States in the 1970s as a civil rights movement. The model builds on Henry George’s land value tax model and is explicitly inspired by practices of common land ownership in indigenous America, pre-colonial Africa, and India's Bhoodan Movement, which encouraged wealthy landowners to voluntarily share their property with lower castes, who would then manage the gift as a commons.

Since 1987, the number of CLTs in North America has tripled—and today, there are roughly 200 non-profit organizations holding title to land and sometimes buildings, ideally forever. CLT property holders then hold title to anything from the ground up – whether crops, individual condos, houses, or entire buildings. Property holders can be homeowners, renters, cooperatives, businesses, charities, affordable rental hosing providers, or other community organizations.

To balance the interests, rights, and responsibilities of the individual household, the broader community and the public at large, a ground lease between the CLT and the property holder then spells out use, inheritance, maintenance, resale and other conditions of the property. CLTs stipulate there be no speculation, no absenteeism.

Consequently CLT homes were able to securely house low- to moderate-income households when markets in the US were hot—and these homes turned out to be largely immune to the sub-prime collapse. CLTs operate in all types of spaces, communities, and architectures in the US and underlie residential, commercial, and community spaces, housing people with a wide range of incomes.

But the really interesting part of CLTs is their board structure, which tells us a lot about creating resilient and equitable urban futures. The board is made up of three equal parts. One third is elected from CLT residents: anyone living in a CLT home. Another third is elected from non-resident members: anyone who is a paid member of the CLT but not a CLT resident, and each CLT draws its membership from the neighborhoods, cities, or counties that it serves. The last third is appointed by the first two thirds and is drawn from public interest representatives such as planners, architects, banks, credit unions, local or state government, funding agencies, local businesses, chambers of commerce, charities, and so on. This board structure has been developed through trial and error over the past few decades, with the aim of combining and balancing multiple interests on the board.

It’s a stroke of genius, really: the creation of an ongoing forum where stakeholders operating at different scales and with differing perspectives have to regularly meet and steward diverse parcels of property that have no speculative base. This board structure has driven CLTs to broaden their activities and develop programs in response to local need, ambition, and opportunity. For example, a CLT may become aware of a local food security issue and so offer a property to a food pantry at a discounted rent, or it may become aware of a derelict downtown, so focus on building employment spaces and affordable housing in the area.

What’s more, once CLTs get a few successes to their names, they are able to effectively lobby and organise at broader scales, so become a conduit across scales—frequently through their Boards. 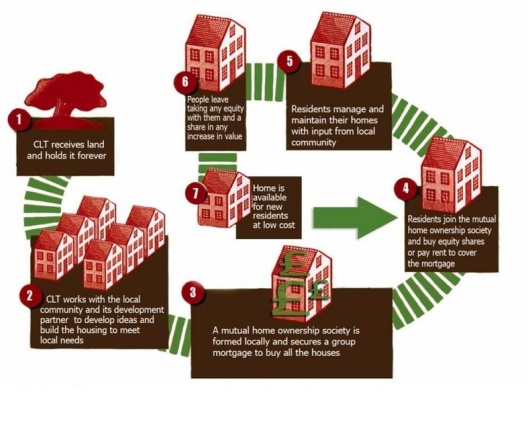 What is urban sustainability?

The existence of a Community Land Trust adds substantially to a community’s resilience in the face of economic shock: a 2007 study found that foreclosure rates among members of housing land trusts in the US were 30 times lower than the national average.

Resilient systems require flexibility and adaptability. Such systems need to know what their core functions are—what do we want to be able to continue to do, and why? Research on resilient resource systems tells us that they share characteristics that allow them to adapt and retain core functions. According to the work of Per Olson and others, common traits of such systems—often called adaptive comanagement systems—include: vision, leadership, and trust; the ability to receive, decipher, and respond to feedback; the engagement of multiple stakeholders at multiple scales; and, last but not least, iterative learning through communication.

Enter Community Land Trusts. For us urban inhabitants, housing is our most fundamental relationship with the city—and yet we have only just started to think about how to preserve this core urban function. We have lots of great emerging examples of better systems thinking in terms of how to share stuff—such as bike sharing, tool libraries and cohousing—but by and large these assume people are secure and comfortable in their housing.

Even where systems thinking or shareability does housing, it tends to do form—the physical stuff, or some social stuff, but not the basics of how the relationship to property (the tenure) is thought of, structured or managed. This would imply that there’s nothing wrong with the property systems that underpin our cities.

But we know that many of us are too busy just making ends meet; it’s hard to come up with innovative sharing solutions in our spare time. It’s very difficult to conceive of resilient and shareable cities based on ever increasing property prices or on property speculation, as the amount of energy and effort required to sustain the financial flow into the property system means that people have to find ever larger amounts of work to do or ever more creative ways to extract money from elsewhere, and face ever flakier financial models to get access to loans (yes, I’m looking at you, sub-primes).

While we nurture and celebrate the emergence of various commons—creative, critical, etc—we strangely ignore the most basic, original understanding of the commons as land. Housing helps break something as abstract as urban systems thinking down into something tangible. Thinking about housing or property from a complex adaptive systems perspective suggests we need to develop forms of tenure that have the sorts of comanagement traits listed above.

As we admit that we’re moving into an uncertain future, we need to build multi-scaled urban systems that can deal with just about anything they encounter and which, even better, help us flourish as humans, and not just as homo economicus.

Resilience thinking doesn’t just set you up well to deal with possible urban calamity, though; it offers a better way of thinking about a number of things in our cities. The shift to sustainable or resilient cities means thinking of cities as complex adaptive systems and about how resilience may take shape in the context of how interlocking urban systems appear and act in different places.

Community Land Trusts provide a multi-stakeholder decision-making forum similar to adaptive comanagement systems. It also removes land from the market, reinterpreting land as a community legacy rather than a speculative commodity.

Professor Michael Stone at the University of Massachusetts has come up with an even more interesting version of de-commmodified property which can also sit on CLT land. In Stone’s "resident-saver" or "modified mutual housing association" (MMHA) model, residents cover the costs of the MMHA and make regular deposits analogous to affordable mortgage repayments. These go into an associated ethical investment vehicle instead of to an individual mortgage. At the time of sale, the return to the seller is the return on that ethical investment. This completely unhinges wealth creation from any idea of property value, tying wealth creation instead to investment in social innovation. When combined with the CLT board structure, the MMHA creates an urban multi-scaled decision-making body underpinning de-commodified property in association with social investment. 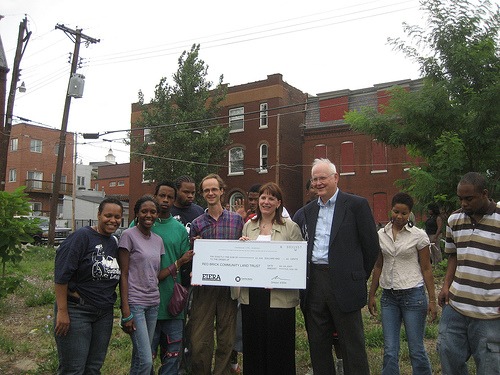 Australia’s housing market is not only the most expensive in the world, but also the most urbanized, with 90 percent of our population living in cities – predominantly eastern coastal cities. This creates fierce development pressures on urban land and plays a part in driving up urban land prices.

Our housing market is also underpinned by the fact that our banks are heavily regulated and never really entered into the sub-prime market, and that Australia’s economy is strongly tied to Asia’s growth. This means our housing market is still heating up and is also increasingly international, which drives unaffordability in all Australian major cities and centers.

Australia’s cities also face unknown challenges from climate change. Our nation is already the driest inhabited continent on earth, with the eastern coastal cities occupying some of the country’s most benign climatic regions.

All of these challenges, and their unpredictability, suggest we need urban systems that can both moderate the housing market and create resilient and flexible communities. Thankfully, there are substantial and growing numbers of people in Australia who understand this and are passionate about future-proofing our cities and regions.

Even better, they are passionate to see more vibrant, creative, inclusive, and sharing communities. In 2009, I hosted an action-packed Australian visit by leading CLT researcher and educator, John E Davis, and since that time CLT activity has emerged along the length of our east coast, from remote indigenous Cape York communities to inner-city Sydney and Melbourne. These groups are many and varied and I see great things in the future of CLTs in Australia.

Louise Crabtree is a research fellow in the University of Western Sydney's Urban Research Centre. She completed a PhD on urban sustainability, citizenship and housing in 2006. Her research now

Louise Crabtree is a research fellow in the University of Western Sydney's Urban Research Centre. She completed a PhD on urban sustainability, citizenship and housing in 2006. Her research now focuses on resilience in urban housing systems, particularly with regard to affordability, governance and sharing. She's excited by hybrid architectures that combine housing, work, food, care and play. She also has a slightly obsessive tendency to see everything in terms of exchange, embeddedness and porosity, for which she blames her undergrad ecology studies and tai chi.