Things I share: Michael Levitin began working as a journalist in Bolivia where he covered violent water protests in 2000 for the La Paz English-language newspaper Bolivian Times. He was the paper’s editor before he returned to the U.S. to attend the Columbia Graduate School of Journalism, earning his Masters degree in 2002. Michael was founding editor of The Prague Literary Review in 2003. He later reported for the Associated Press in Puerto Rico and covered terrorism and immigration issues as a freelance journalist in Barcelona. From 2005-2009 Michael lived in Berlin, working as a global affairs analyst for the Deutsche Welle TV news program Quadriga, and as a correspondent writing about culture, politics, environment and everything in between. Michael’s reporting has taken him to the Balkans, China, East Africa, India and across Latin America. His publications include Newsweek, Los Angeles Times, Financial Times, Daily Telegraph, Forbes, Slate, The Walrus, Grist, The Times Literary Review, Forward and The International Herald Tribune. Michael was born in 1976 in Maine and grew up in northern California. He studied European history and graduated with high honors from the University of California, Santa Cruz. He currently lives in San Francisco where he freelances and works as a news editor for the San Francisco Public Press. 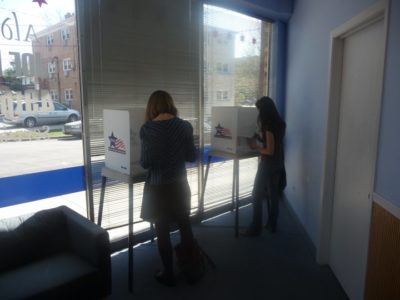