Kelley Buhles has worked in Philanthropic Services at RSF Social Finance since 2005. RSF Social Finance is non-profit financial services organization committed to transforming the way the world works with money. In partnership with a community of donors and investors, RSF offers investing, lending and giving services and fosters spirited conversations about the role our monetary system should play in the development of humanity. RSF believes that money has a deeply spiritual dimension, it is a form of energy that connects one person to another and strengthens the bonds of community. At RSF Kelley manages the Philanthropic Services department which includes Donor Advised Funds, grant making programs, as well as writing for the RSF blog and newsletter about the transformational aspects of gift money. In 2010, Kelley developed and launched the first Shared Gifting Fund in the field of Food & Agriculture. Previously she served as the Vice President of the board of the Haight Ashbury Food Program, acted as coordinator for the Bay Area Fair Trade Coalition, and directed a 70 person art theme camp at Burning Man. She graduated from San Diego State with a degree in Anthropology. Originally from the Bay Area, Kelley currently resides in the Mission in San Francisco where she enjoys creating art and searching for the city’s best Margarita. 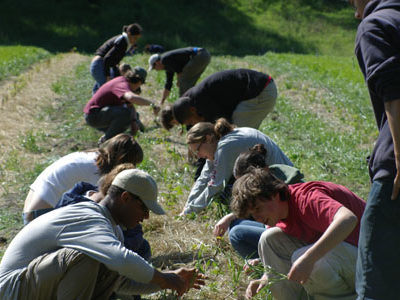