Janaia Donaldson is the host and producer of "Peak Moment Conversations: Locally Reliant Living for Challenging Times.” This online bi-weekly internet television series highlights constructive responses to climate chaos, resource decline, and economic hard times through local community action. Peak Moment TV has over 200 programs online, which are also cablecast on about two dozen community-access TV stations nationwide. Concerned for the effects of peak oil and climate change, in 2006 Janaia and videographer partner Robin Mallgren sought models among grassroots entrepreneurs working to create a sustainable future. In summer 2006 they climbed into their Vanagon camper, visited over 20 West Coast communities, and taped more than 90 Peak Moment Conversations. The shows include tours of backyard gardens, natural buildings, and eco-villages. Janaia also discusses timely topics with thinkers like David Korten on “The Great Turning”, Richard Heinberg on “Peak Everything,” and Carolyn Baker on “Navigating the Coming Chaos.” In fall 2010, Janaia and Robin traveled to the Pacific Northwest between Oregon and Vancouver Island in their mobile studio. They taped more than 80 shows with people creating community gardens, tool sharing libraries, bicycle-powered appliances, and local investment circles. They were inspired by many ordinary heroes and heroines who care deeply for their local place, for the planet and for future generations, and who are quietly shaping a new story for living lightly on the earth. Janaia and Robin live and work in the Sierra Nevada foothills in an off-grid home on 160 forested acres which they have protected from development with conservation easements. In previous lives, Janaia has been a Layerist painter; a self-employed graphic designer and illustrator; co-founder, coordinator and instructor in the University of California Extension Graphic certificate program; and a user interface designer for illustration software at Xerox.

Things I share: firewood, media, ideas, a homestead, a life 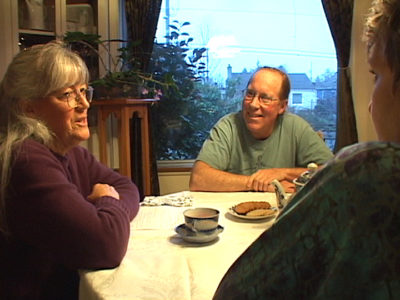 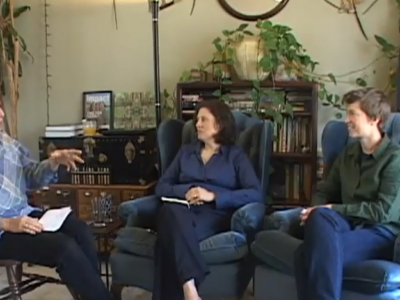