Alex Steffen has been the Executive Editor of Worldchanging since he co-founded the organization in 2003, as the next phase in a lifetime of work exploring ways of building a

Alex Steffen has been the Executive Editor of Worldchanging since he co-founded the organization in 2003, as the next phase in a lifetime of work exploring ways of building a better future.

In the last six years, Worldchanging has become one of the world's leading sustainability-related publications, with an archive of over 10,000 articles and a large global audience (Worldchanging was rated the second largest sustainability site on the web by Nielsen Online in 2008). Worldchanging's solutions-based journalism has played an important role in revealing formerly obscure innovations and groundbreaking ideas, thereby pushing forward the sustainability movement and changing the way we think about the planet's most pressing problems.

Steffen also edited of Worldchanging's wildly successful first book, Worldchanging: A User's Guide for the 21st Century (Abrams, 2006), a 600-page compendium of leading solutions from around the world, with a foreword by Al Gore, an introduction by Bruce Sterling, and design by Stefan Sagmeister (winner of the 2005 Cooper-Hewitt National Design Award). Worldchanging (the book) has been an Amazon bestseller in the U.S. and Canada, won the Green Prize for sustainable literature and has gleaned wide acclaim, including being named as one of the books of the year by BusinessWeek. The book has been translated into French, German and Korean, and will soon be available in several other languages.

The critically-acclaimed site has won the Utne Independent Press Award, and been nominated for Webbys (the Oscars of the Net) for Best Blog and Best Magazine, as well as Bloggies for Best Writing and Best Group Weblog. Worldchanging's work and Alex's role as a leading voice in planetary futurism have inspired over 600 stories in the media, including a CNN documentary and a New York Times Magazine profile.

Other media writing about Alex and Worldchanging include The Guardian, Time magazine, Der Spiegel, Business Week, Fortune, Wired, US News and World Report, USA Today, the L.A. Times, The Wall Street Journal, The Times, Le Monde, The Independent, The Chicago Tribune, The San Francisco Chronicle, The Seattle Times and The Seattle Post-Intelligencer, Fast Company, SEED, ID, Dwell, ReadyMade, the Associated Press, The New York Review of Books, The International Herald Tribune, The Globe and Mail, The New Statesman, The Nation, New Scientist, Sierra magazine, Outside, Audubon, and The Sun. Steffen has also appeared on the Today Show, LinkTV and several CBC television programs. Radio appearances include numerous NPR and APR programs, the CBC's the Current, the BBC, the Australian Broadcasting Corporation.

Steffen works tirelessly to share Worldchanging's ideas and message worldwide through regular speaking appearances to influential audiences and at leading companies such as Weiden + Kennedy, Nike, Amazon, Ideo, Arup, Nau, Steelcase, Carrier, Yahoo!, the World Travel and Tourism Council the sustainability venture capital conference ResourcePoint. He has also spoken and keynoted at the most renowned design and innovation conferences in the world, including TED, Pop!Tech, Tallberg, Design Indaba, South by Southwest Interactive and Doors of Perception, as well as at some of the world's leading universities, including Harvard, Yale and Stanford.

"We find ourselves facing two futures, one unthinkable and the other currently unimaginable," says Steffen, "My beat is looking for ways to create a future which is sustainable, dynamic, prosperous and fair -- a future which is both bright and green. WorldChanging is based on the premise that such a future is not a distant possibility, but a growing reality. We seek to connect worldchanging people with the tools, models and ideas for building it."

Prior to founding Worldchanging, Steffen worked as an environmental journalist on four continents (where he wrote about everything from Japan's fast breeder reactor program to the UN "Earth Summit" in Rio de Janeiro). That work led him to provide strategic consultation to over 50 environmental groups (on issues like the fate of endangered species, the future of "smart growth" and "reframing" the environmental movement) and many foresight projects (anticipating, for instance, paths for a Pacific Northwest transition to sustainability, what green neighborhoods of the future might look like, and how to prevent the next use of nuclear weapons).

He also served as president of the board of Allied Arts (the venerable Seattle urban design advocacy group), a co-founder of the Livable Communities Coalition and the Fuse Foundation, and has served on the boards or steering committees for numerous other NGOs and campaigns. Steffen's media work extends into newpaper, radio, and an on-air television, and he started the short-lived but influential magazine, Steelhead, in the mid-nineties. His essays have been widely reprinted, translated into over 20 languages. He guest edited the final issue of the Whole Earth Review. 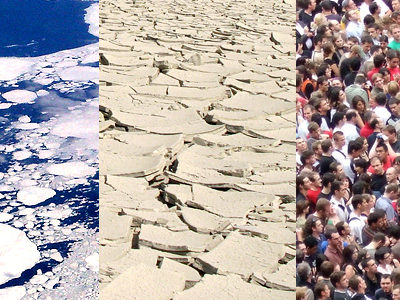