Are Cities Any Place for Children? - Shareable
Skip to content 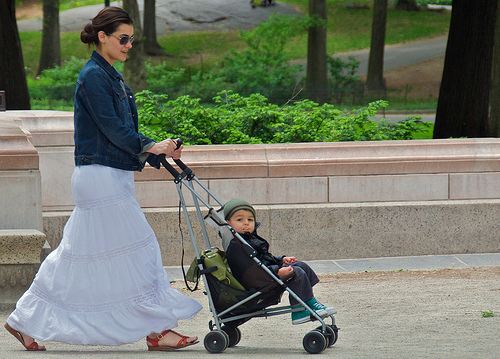 I was genuinely surprised to come across a website called the Conservative Planner, promising a “A different dose of urban planning” (featured on this week’s digest from one of my favorite sources of urban news and views, Planetizen).

My shock was not because planning is inherently incompatible with political conservatism.  Indeed, good urban planning conserves land, energy, money, natural resources, a sense of community and, in my opinion, our sanity.

But most so-called conservatives today aren’t interested in conserving anything.  The right reviles planners—dubbing them sinister “social engineers” because they occasionally put the common good ahead of the demands of developers seeking to maximize profits in every possible way.

The conservative movement has devolved into cheerleaders for the notion that the unbridled market should govern every decision made in our society—a recklessly radical view that runs counter to the beliefs of conservatives heroes from Edmund Burke to Adam Smith to Russell Kirk.

Yet the Conservative Planner offers interesting food for thought in its recent blog “No Kids on the Block,” which notes that five cities frequently acclaimed as the most livable also lead the nation when it comes to childless households:  San Francisco (81.9 per cent), Seattle (80.2), Washington, D.C. (77.9), Boston (76.6) and Portland (74.7).  The implication is that the progressive agenda to improve urban life is hostile to families.

As parent living in the “livable” inner city of Minneapolis, I dispute the claim that restaurants and businesses in urban neighborhoods are family-unfriendly.  I have found just the opposite to be true. Indeed, many independent businesses catering to kids have sprouted all around us in the last few years and King’s, a new cafe a few blocks from my house, even features a weekend story hour for the younger set.  You won’t find that at an Applebees out at the shopping mall.

Yet I share the concerns of this blogger (who himself lives in an unnamed city) that underperforming public schools and high housing costs in livable neighborhoods keep many families away.  These are indeed problems that need immediate attention—although I feel the answers lie more in the direction of creating shareable cities than in extending the privatized, market-obsessed policies touted by most conservatives. But I welcome practical ideas from any perspective.

What’s perhaps most interesting about “No Kids on the Block” is the theme that families want to live in urban neighborhoods, but are kept out because of shortsighted progressive policies.  That’s a big change from the old conventional wisdom that kids belong in the suburbs and that no self-respecting parent would raise children in the debased environment of a city.