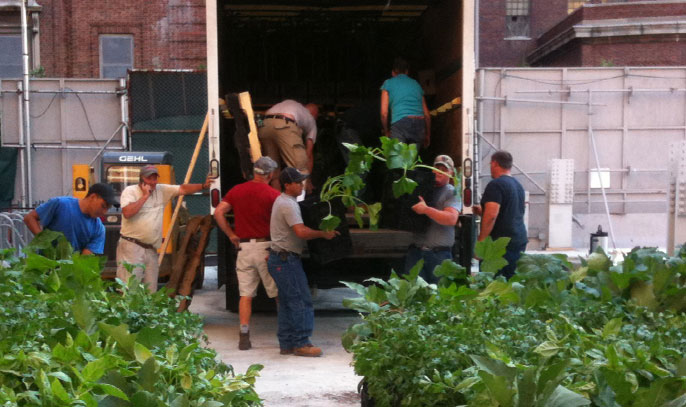 Thanks to a shaky economy and a high-priced real estate market, New York City has more than 600 stalled construction sites and 596 acres of vacant public land. Rather than let all that prime space go to waste, a restaurant, real estate developer and non-profit collaborated to create one of the City’s first pop-up farms.

Instead of dusty potholes and the odd pile of litter, a stalled construction site at 430 East 29th Street now boasts a temporary urban farm. Thanks to the hard work of volunteer farmers, thousands of easily-transportable milk crates serve as planters for 85 different crops grown in the shadow of the Empire State buidling.

The joint effort of a real estate equity company, Riverpark restaurant chef and co-founder Sisha Ortuzar, and local non-profit GrowNYC,the farm is located on a 15,000-parcel within eyesight of the Empire State Building. 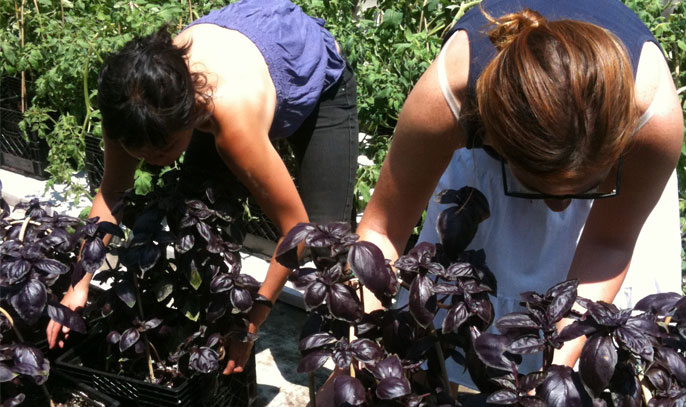 “The farm is a true reflection of innovation and teamwork,” says Scarlet Shore, farm co-founder and executive director of corporate strategy at Alexandria Real Estate Equities, Inc., in a statement. The farm’s location is the future site of Alexandria Center for Life Science’s west tower, the second phase of a potential 1.1-million-square-foot science park, where construction was temporarily suspended due to the financial downturn, the company says. When construction resumes on the tower, the produce and flowers grown at the farm will be relocated to another part of the four-acre Alexandria Center campus. 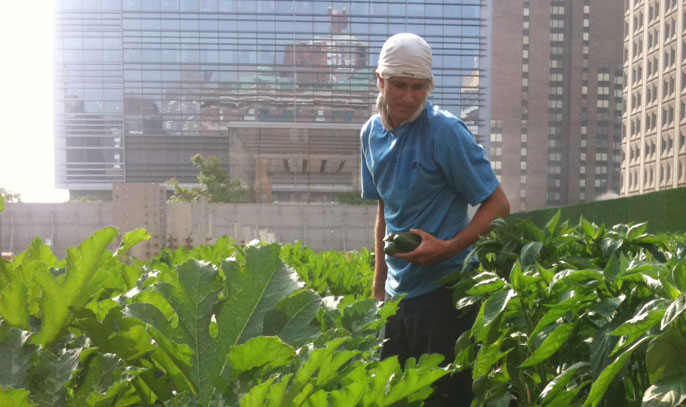 There are some advantages to working with the portable set-up, Zach Pickens, the project’s full-time farmer, told Good:

Farm staff can rotate plants into the most favorable light conditions or raise and lower the plants if they want. They can choose which ones to place closest to the farm’s fence, for a more favorable aesthetic. Whereas farmers who plant rows of crops tend to get as much as they can out of a planting before tearing out a row, tilling the ground, and planting a new crop, Pickens can make more specific decisions, tearing out the plants that are suffering or done producing, while leaving those that are still thriving intact. 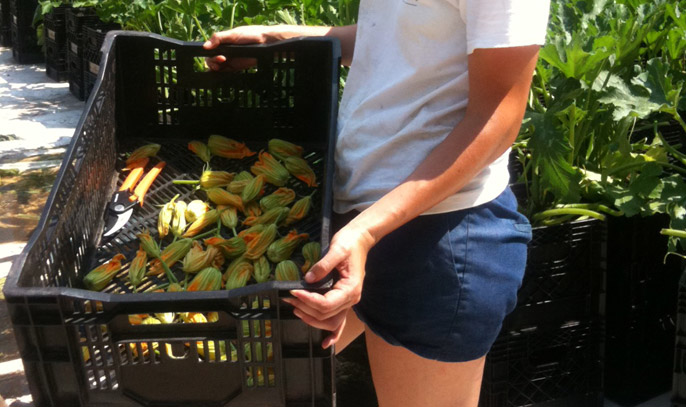 In a previous interview with GlobeSt.com, NYU Schack Institute of Real Estate’s dean Jim Stuckey said American cities have a unique opportunity to create jobs through alternative industries and adaptive reuse, like urban farming. “It could be occurring on space where you have brownfields that could be remediated,” Stuckey said. “All these different things can create jobs for people who are semi-skilled or unskilled, and that could be a way to get them in the workforce. And that to me is only one of what could be many technology-based strategies.”

Starting in September 2011, Riverpark Farm will offer a dining experience unlike any other in New York City: a 12-seat farm table nestled right in the middle of 6,000 plants and offering a spectacular view of the City’s skyline.