6 Organizations that Bring Mayors Together - Shareable
Skip to content 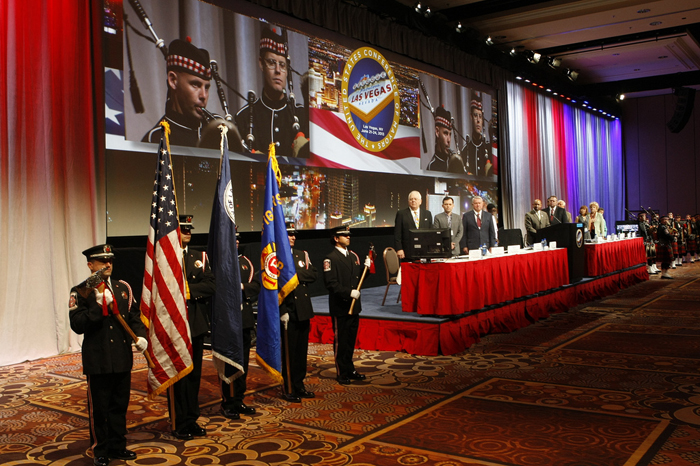 The world is urbanizing rapidly and cities are more important than ever. As political theorist Benjamin Barber states in his recent TED Talk, “Cities are not only the oldest of institutions, they’re the most enduring.” Frankly, they are where things get done. They’re also arguably more democratic and less prone to the political stagnation that often hampers national governments. While big governments drag their feet on issues such as climate change, cities are skipping ahead.

For these reasons, the women and men leading these cities – the mayors – are essential to the world’s prosperity and sustainability. Within their municipalities, mayors are fixing sewer lines, making sure the trains run on time, developing new communities, creating jobs, and much more while trying to do so with fewer and fewer resources.

If mayors are becoming the emergent global power as Barber proposes, then it is important to understand how they are organizing themselves. Citizens should be asking questions like, what structures are they using to convene and share ideas to help cities run better? Who attends, sponsors, and otherwise influences these gatherings besides mayors? And how might citizens be heard in such forums? Here are six organizations that bring mayors together from around the world:

“As innovators and practitioners, our cities are at the forefront of this issue – arguably the greatest challenge of our time,” said former Mayor of New York City and current President of the C40 Cites Climate Leadership Group Board of Directors Michael Bloomberg. It creates a forum for cities to collaborate and take action on climate change. Founded in 2005 by former London Mayor Ken Livingstone, the C40 has grown with the help of several partnerships, a Steering Committee made up of mayors from around the world, a team of professionals and an elected Chair. The C40 consists of 58 cities and hosts various events and publishes numerous reports throughout the year.

The City Mayors Foundation is an international think-tank consisting of professionals from around the world that develop sustainable solutions to urban affairs. The Foundation advises on issues such as governance, education and planning, amongst others. On their website, you can find various events, categorized based on areas of interest, that provide excellent networking opportunities for mayors. Every other year, the Foundation organizes the World Mayor Project and awards the World Mayor Prize.

3. The Covenant of Mayors

The Covenant of Mayors is the primary network for local and regional European authorities. The Covenant was launched in 2008 after the adoption of the EU Climate and Energy Package, with the goal of supporting the implementation of local energy policies. It is comprised of over 5,000 signatories, which represent cities of all sizes committed to meeting the European Union 20% CO2 reduction goal by 2020. The strategies used to achieve this plan are outlines in the Sustainable Energy Action Plan (SEAP).

The World Mayors Council on Climate Change advocates for the engagement of local governments in efforts to address climate change and global sustainability. There are over 80 members in the Council, consisting of mayors, former mayors, councilors and former governors. They receive support from the ICLEI – Local Governments for Sustainability to help achieve their goals. Marcelo Ebard, Chair of the Council and Mayor of Mexico City, says their mission best with this statement, “We have to tell the international community that it’s in the cities where the battle to slow global warming will be won.”

The United States Conference of Mayors (UCSM) is “the official non-partisan organization of cities with populations of 30,000 or more” in the US. Today, there are 1,398 such cities, each represented in the Conference by its mayor.  When taking action on a specific issue, the President of the Conference forms a Task Force with a select group of mayors who provide recommendations on policies to the organization. When their mission is complete, a Standing Committee will monitor the issue. The Conference holds two primary gatherings a year, those being the Winter Meeting and the Annual Meeting.

United Cities and Local Governments (UCLG), headquartered in Barcelona, brings local governments from around the world together to encourage cooperation and bring their influence to a global scale. The organization is structured through multiple governing bodies, sections, committees and working groups. The latter two are responsible for policy implementation and building relationships between local governments and associations. UCLG’s membership consists of cities and national associations of local governments while the presidency is made up primarily of mayors

Benjamin Barber believes a “parliament of mayors,” essentially a borderless democracy, can replace the nation-state. If he is correct, then this list is something we should pay attention to. All six organizations understand the power of cities and the impact their mayors can have. And they may be effective forums to engage and inform citizens on issues pertinent to them. Bringing these bodies together allows change makers to share ideas, form solutions and implement policies that are effective on both local and global levels.

What do you think? Will our world transform into a society run by mayors?