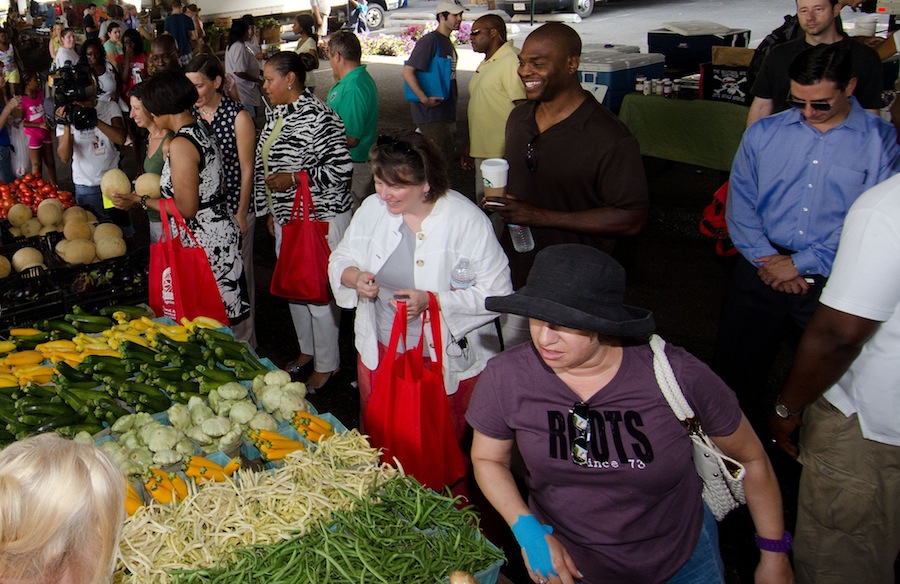 Please share with Shareable. DONATE today to support our ad-free coverage of the real sharing economy

Community wealth building is a way of strengthening communities by supporting democratic ownership and control of local businesses. This means more opportunity, inclusion and prosperity for the many, not just the few. This is aligned with Shareable's vision for Sharing Cities and cooperative economies.

A new report by the Democracy Collaborative profiles some of the most forward-thinking cities focused on building community wealth in the U.S. Cities Building Community Wealth is a collection of 20 stories about 20 cities that are “emblematic of the new players and approaches of community wealth building.” The 20 cities chosen are home to innovative models of worker-owned coops, land trusts, city-owned banks, publicly-owned energy, and more. Here are five of our favorites. 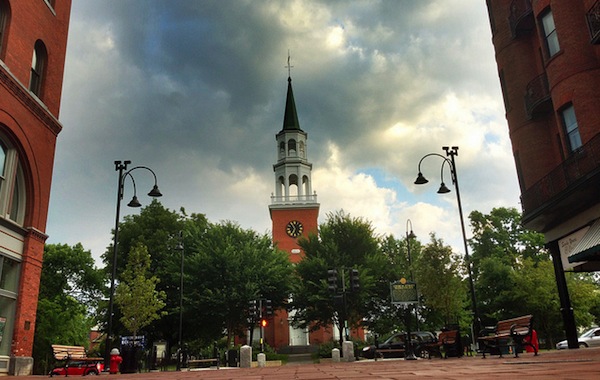 In 2015, Burlington, Vermont became the first city in the nation to source all of its energy from renewables. This is thanks, in large part, to its municipally-owned Burlington Electric Department, which was established in 1905. The city’s Community and Economic Development Office (CEDO) holds local ownership, equity and opportunity for all city residents among its main goals. The department provides technical assistance to local entrepreneurs and targeted assistance to employers paying living wages. It also has a revolving business loan fund.

Burlington is also home to the Champlain Housing Trust, the nation’s largest land trust with more than 560 limited-equity homes and 2,000 apartments. In 1989, CEDO went before the Vermont Supreme Court and invoked the Public Trust Doctrine which allowed the city to acquire derelict land and convert it into a multi-use esplanade. In 2001, the city worked with the land trust to create a LEED-certified, waterfront housing project. The city has also worked to support permanent affordability through the Burlington Housing Trust Fund, which dedicates a portion of property taxes to affordable housing. 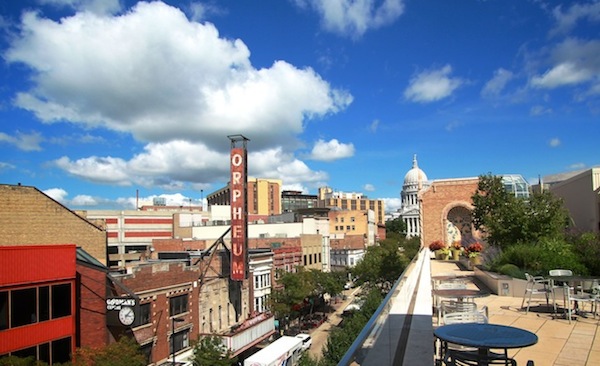 Led by Mayor Paul Soglin, Madison, Wisconsin is a great supporter of worker-owned businesses. Since Mayor Soglin’s first term in the 1970s, he has supported cooperative development. He helped one of the city’s oldest cooperatives obtain public financing and, in his current term, he proposed a commitment of $5 million over five years in the city’s capital allocation plan for worker-cooperative development. This is the largest allocation by a U.S. city.

Madison plans to create a revolving loan fund, managed by a local Community Development Financial Institution (CDFI) or credit union, to provide startup capital and technical assistance. It has also passed several measures imposing limits on the size of big box stores and deploying 1-5% price preferences for local businesses, which means a local contract bid may exceed the lowest bid submitted by a non-local company by 1-5%.

The city conducted a study on gender and racial disparities in city contract awards, and launched an internship program to increase the number of city jobs for people of color. 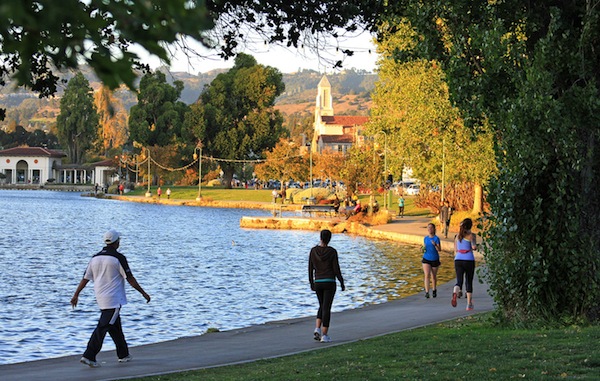 Oakland is a national leader in the local food movement. It supports backyard gardens, peer-to-peer sales of homegrown crops, and much more. The city also emphasizes localism in its energy sourcing, contracting and procurement, and business development. The City Council recently passed a resolution supporting the development and growth of worker cooperatives and is home to a Business Assistance Center to support coops. The resolution is described as a symbolic step toward eventually introducing an ordinance that would create funding pools and preferential purchasing arrangements to build upon Oakland’s Local and Small Business Enterprise Program, which requires the City to “meet minimum contracting and purchasing participation rates of local firms, emerging businesses, and businesses employing Oakland residents.”

Oakland's international port emphasizes hiring local and the city sources 2.3 percent of its energy from solar panels installed on municipal buildings. It is working with the County of Alameda to develop a regional Community Choice program to help reduce emissions, generate living wage jobs, and promote ownership of renewable energy assets by low- and moderate-income residents and communities of color. The Oakland Community Land Trust was seeded with more than $5 million in Neighborhood Stabilization Program funding to acquire its first properties. 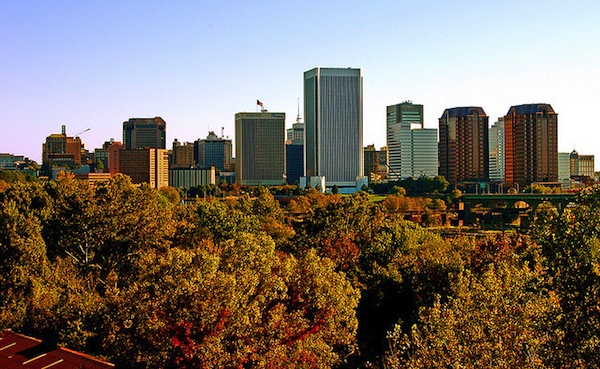 Richmond, Virginia was the first city in the U.S. to create a Mayor’s Office of Community Wealth Building to oversee an anti-poverty strategy, and the coordination of seven traditionally siloed policy areas, including transportation, workforce development, housing, and education. The city has also been working with the Democracy Collaborative to create social enterprises linked to anchor procurement.

With a focus on education, Richmond recently launched RVA Future, an initiative to connect local public school graduates to college and career opportunities. Plans are being made to begin construction on a bus rapid transit line to help connect disadvantaged residents to job opportunities. 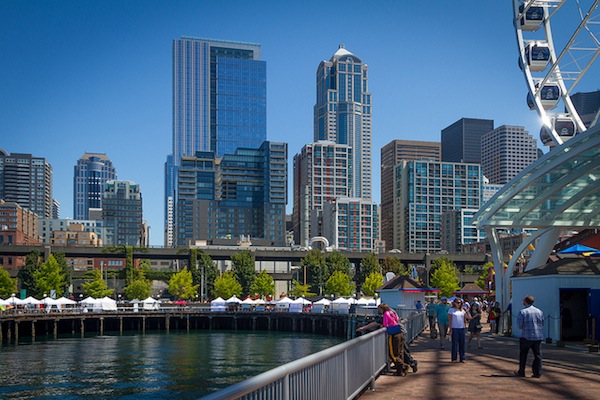 Seattle captured headlines recently with its legislation to increase minimum wage to $15 an hour—the first major U.S. city to do so. The city has also doubled its contracts with women- and minority-owned businesses through its Racial & Social Justice Initiative.

Seattle has a number of projects to support locally-owned businesses, including its Manufacturing Incubator, the Grow Seattle Fund, the Local Food Action Initiative, and the zero interest Seattle Made Fund.

The is also focused on local agriculture, with a Farm to Table program connecting local farms with senior meal sites and child care programs, and it owns the famous Pike Place Market, home to 220 small businesses, 250 artisans, and 80 farmers. A newly-formed partnership with a local land trust aims to develop municipally-owned broadband.

Read more about these cities and see which other ones are doing innovative work around community wealth building in the Cities Building Community Wealth report.