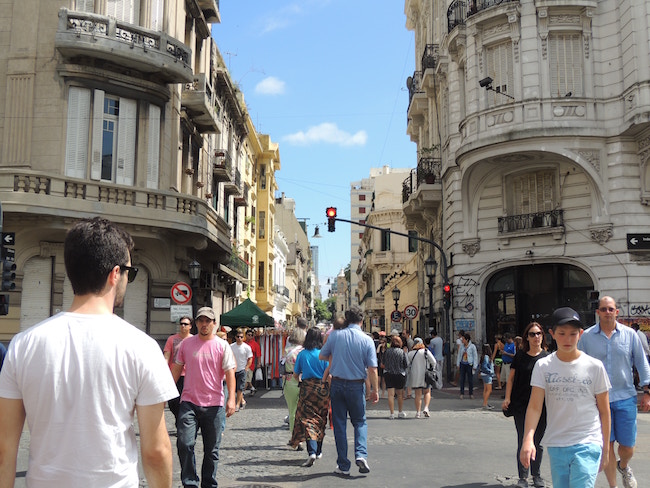 More and more, we're seeing community-based sharing projects around the world. While Seoul, South Korea, is often spotlighted as a model "Sharing City," there are many others that have incredible sharing initiatives, including Berlin (Germany), Cape Town (South Africa), and Buenos Aires (Argentina). From tool libraries to car-sharing setups to projects linking dumpster divers with hungry vegetable lovers, these three cities have worked their way to the forefront of the global sharing ecosystem. Are you in search of inspiration for your own local projects, or looking to encourage local sharers during your travels? Then read on: 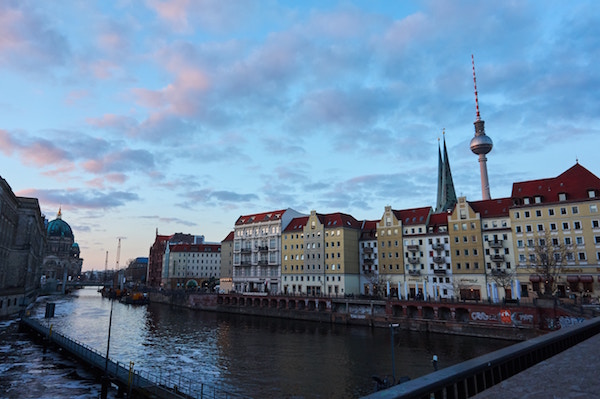 Photo of Berlin by David Lázaro via Unsplash

The bustling German capital is an amazing city to visit for all sorts of reasons, but it has a lot to offer for those who are interested in cooperatives, squats, and other local sharing projects. Here are some of the many initiatives launched by Berliners:

1. The website foodsharing.de (in German) coordinates a network of community food fridges across the country and recruits groups of volunteers to "rescue" food which would otherwise be thrown out from willing shops and producers.

2. Leila Berlin (in German) is a thriving tool library in East Berlin that has spawned several imitators across the country. Their selection goes way beyond household carpentry tools. Need to borrow a bicycle helmet, a drill, or a set of wine glasses? Go see them.

4. The Baumhaus (Treehouse) project space  (in German) in the Wedding district is a nonprofit project and event space dedicated to creating a hub for the development of neighborhood sustainable development projects. A repair café, an improvisational orchestra, and a vertical gardening program are just a few of their initiatives.

5. Berlin has a tradition of communal neighborhood gardens (Schraebergaerten) stretching back over 150 years. That tradition lives on in projects like the huge Prinzessinengarten (Princess Garden) in the multicultural Kreuzberg district and the Mauergarten (Wall Garden) in the shadow of the Berlin Wall. This list from Foodtank  explores many similar projects.

Photo of Cape Town by Clinton Naik via Unsplash

Cape Town, South Africa, has drawn increasing attention in recent months for its burgeoning sharing economy landscape. Alex Lemille of sustainability consulting firm Wizempact told The Guardian that the circular economy is part of Africa's DNA. "From an African viewpoint, the shift towards a sharing economy is a western world dilemma. Here, it is part of people's way of life. Seeing waste as a resource that can be sold or reused… has always been [part of life] around here," he says. Although much of Cape Town's sharing projects are still driven by large corporations such as Uber, small startups and community-based cooperatives are beginning to make their mark:

1. PopUpShopShop rents space and equipment at low rates to entrepreneurs who want to experiment with running retail stores.

3. Platforms such as Okazi and SweepSouth connect both young people and experienced domestic workers with part-time work.

4. Have a beer at the Brewers' Co-op, a bar started by 14 artisan brewers and two "creative gurus" who work on the social structure of the co-op and the bar space itself. Check out some of Cape Town's most affordable craft beers and encourage the dedicated volunteers and passionate brewers.

5. The Ethical Co-op is an online market that connects people with affordable, ethically sourced fruit, vegetables, coffee, tea and other products, and delivers to homes and offices throughout the area. 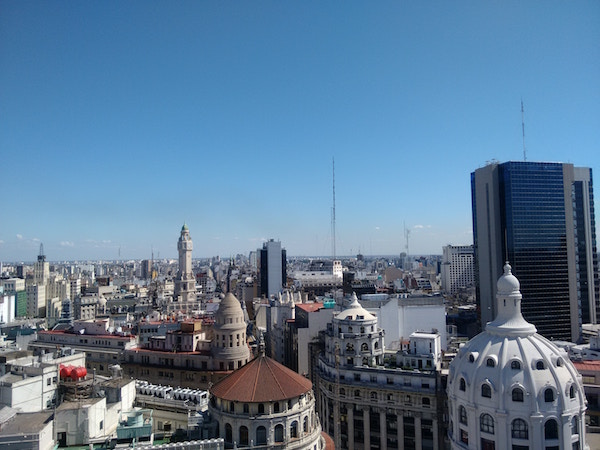 Photo of Buenos Aires by Paula Cipriani via Unsplash

The web portal Consumo Colaborativo (in Spanish) provides a directory of sharing economy projects throughout Spanish-speaking Latin America. ElPlanC is an Argentina-specific guide to "the sharing economy and free-stuff culture." ElPlanC's directory shows a long list of co-operative carpooling services and many other initiatives. Since 2016, ElPlanC has co-organized Comunes (in Spanish), a conference that explores the sharing economy throughout the Spanish-speaking world. Here are a few of the more intriguing Buenos Aires-based initiatives:

1. QuieroAyudar ("I want to help") (in Spanish) links people who want to donate their time to nonprofit organizations with nonprofits that need an extra pair of hands.

2. Muvit connects travellers who are going to the same destination and want to keep each other company— for safety, or just to meet new people.

3. Ecobici Buenos Aires is a free, 24-hour-a-day bike borrowing service organized by the city of Buenos Aires, a local twist on similar initiatives in Paris, Montreal and Mexico City.

If you get the opportunity to visit one of these cities, consider encouraging local sharers by finding housing through couchsurfing.org or bewelcome.org.

We have just scratched the surface when it comes to exploring the sharing movement in these three rapidly growing cities. If you know of a co-op or similar project that we've missed, please let us know at info@shareable.net.