WTF Am I Supposed to Do with My Family on Black Friday? - Shareable
Skip to content 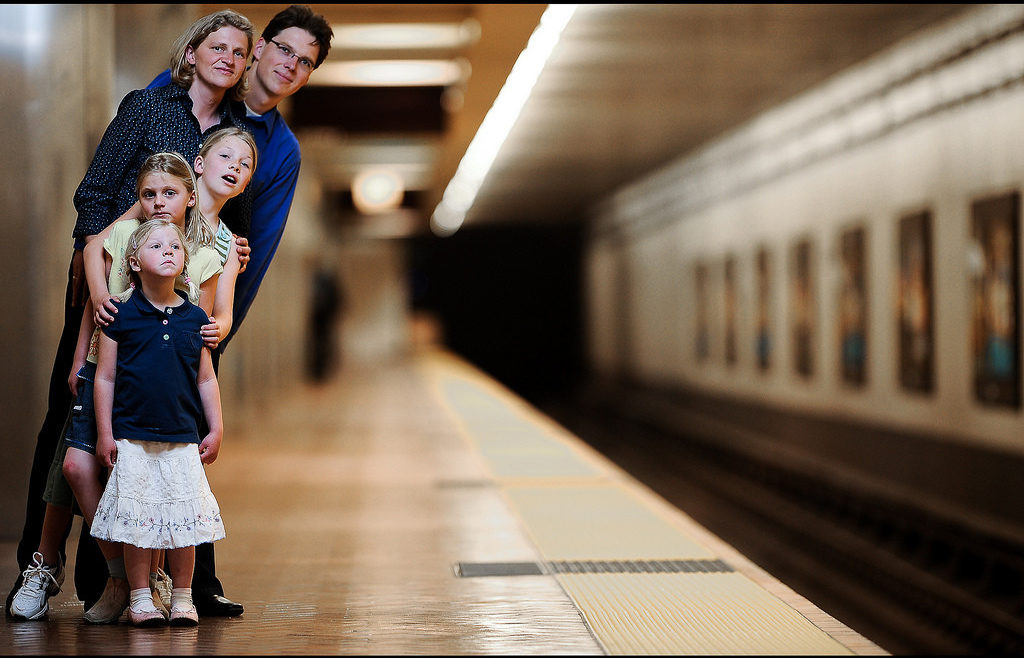 The TV news coverage is the same every year: shots of families lined up in the middle of the night, waiting for a chance to stampede through the doors of a big box store and pull cheaply made gifts — shipped from across the world — off of shelves stocked on Thanksgiving by people making wages so low that stores have started running food drives for their own employees.

Next come the sensational reports of violence. In 2011, 20 people were injured when a woman decided to pepper-spray her way to a deal on an Xbox 360. Last year, two people were shot in a fight over a parking space outside a Walmart in Florida. The whole thing has become as much of a holiday tradition as any other, and it serves as a tremendously sad reminder of just how destructive our growth-dependent, corporate-dominated, economic system — and the culture that it breeds — have become.

Still, what can you do? For many families, Black Friday shopping is a group activity, a way to get out and do something together after a day of sitting around and over-eating. Grumbling about how much it all sucks isn’t going to make it any better, nor is it going to make you terribly popular with the relatives.

So, here are a few alternate suggestions of things you can do to have some fun with family and friends without stepping foot in a mall or a big box store:

Talk about what you really want.

Often, store-bought gifts are a great way to say “I care” without investing that much time or energy. Why not take the time you have together to talk about what you can give that would really make a difference for each other’s quality of life? Chances are, it’s not more stuff from the store, but a commitment of time or special skills, cooking lessons, or a hand-knit scarf. If you have a big family, you can even keep track of this kind of thing using the Center for a New American Dream’s SoKind gift registry. It was designed for weddings, but it works just as well for the holidays.

Get together and give to strangers.

Another option, instead of giving a bunch of store-bought stuff, is to get together and give to causes that can really make a difference. Think about initiating a donation exchange where you tell your friends and family the causes you’d like them to support in lieu of a present and ask them if they’d be willing to do the same. Not only is it a chance to do some good together, it’s an opportunity to learn more about your friends and family through the causes they hold dear. If writing checks seems too impersonal or financially difficult, think about spending the day volunteering together.

Instead of spending Black Friday hording more junk, why not get rid of some? In San Francisco, yerdle and Patagonia are teaming up to host a Black Friday sharing party where donating used outdoor gear gets you access to other people’s used gear, as well as beer and ice cream.

Of course, you could also organize your own clothing swap, really really free market, or even just a potluck with all of those leftovers. Shareable’s own How to Share page is the best resource for the kinds of sharing events you could pull together quickly.

Show off and support your local stores and co-ops.

Of course, there’s no reason you can’t do a little bit of shopping on Black Friday. If you have family coming in from out of town for Thanksgiving, why don’t you show them the unique independent businesses that add character to your community rather than the same chain stores they have back home?

This year, a coalition of over 160 small business groups are organizing a national “Shift Your Shopping” campaign to promote local and independent business during the holidays.

It’s a worthy cause. Besides just having more character, local businesses keep more money circulating in the community and often create more jobs at higher wages than chains. While small businesses are, by no means, a panacea for the problems of our unfair and unsustainable economy, their ownership structure and embeddedness in communities means they don’t face the same pressure to grow at all costs that corporations do.

Co-ops are local businesses just like any other except that they’re owned by their members, typically the people who work or shop there. Co-ops are deeply rooted in place and accountable to multiple stakeholders. They’re also generally really fun and unique places to shop.

A new service called ExchangeWorks goes live on Black Friday. It's a "collaborative platform that creates new opportunities for artists and community engagement through the exchange of art and resources. ExchangeWorks brings people together to make practical and creative exchanges." Or go to a local play, gallery, or musical performance.

If you don’t need to keep your extended family entertained — or if you’re lucky enough to have the kind of family that likes to fight for social justice together — one of the best things you could do on Friday is show up in support of Walmart workers who are striking and protesting for a living wage. 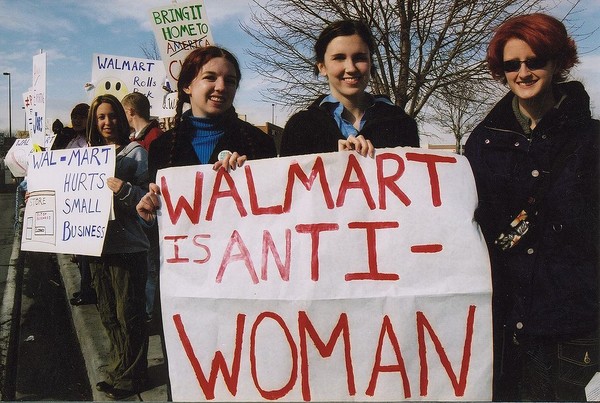 The 1,500 actions taking place at Walmarts across the country (Seriously, check out this map!) are unprecedented and incredibly exciting considering the decline of organized labor in recent decades. Dorian Warren, a political scientist at Columbia University, recently drew a parallel to labor activists after World War II who turned General Motors from “the embodiment of all that was wrong with our economy” into a company that “eventually represented the American dream of upward mobility.” Walmart’s striking workers, who are not represented by a union, face tall odds and serious risks of retaliation, but a victory would be game-changing and could have ripple effects throughout the entire economy. After all, Walmart is the nation’s biggest private employer and an emblem of the race-to-the-bottom mentality that has undermined the relatively shared prosperity of the post-war years. The bravery of the folks doing this organizing is certainly something to be thankful for.

Seriously, nature is great. If it isn’t totally freezing where you live, get your family to go take a walk somewhere wild. You’ll be thankful that you did.

Mike Sandmel is an organizer with The New Economy Coalition based in Somerville, Massachusetts.

Mike Sandmel is the Manager of Coalition Organizing for the New Economics Institute.  Having recently completed a course of study involving far too many outdated economic ideas and multiple choice

Mike Sandmel is the Manager of Coalition Organizing for the New Economics Institute.  Having recently completed a course of study involving far too many outdated economic ideas and multiple choice tests, Mike is thrilled to be working with students to advance new economic theory, grow restorative and democratic enterprises, and transform their schools into anchor institutions for the New Economy.