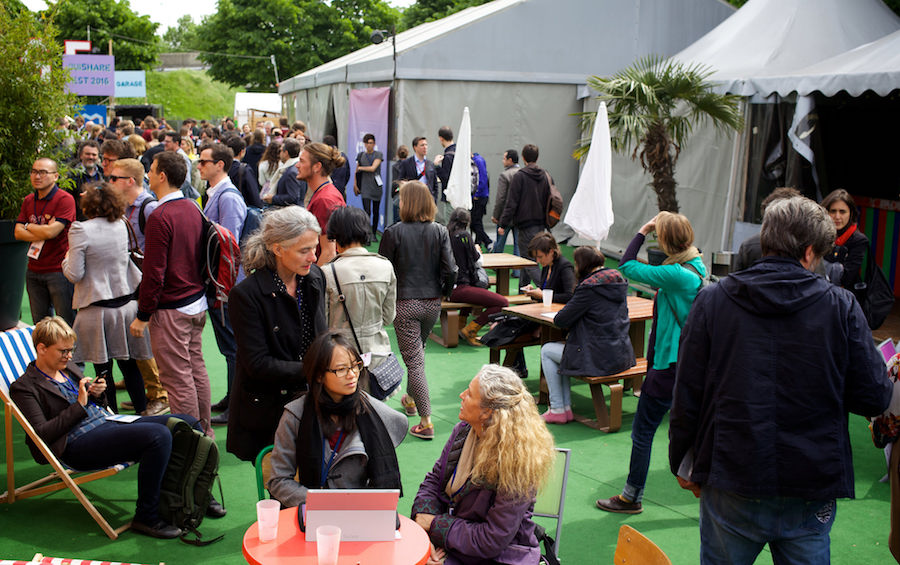 For the past four years, OuiShare has hosted OuiShare Fest, an international conference to “explore the edges of collaborative economies and digital transformations.” Recently the organization released the OuiShare Fest Toolkit to help others organize participatory events.

The toolkit covers a variety of topics and related tools including budgeting, programming, event production, communications, and team organizing.

I connected with Francesca Pick, OuiShare connector and OuiShare Fest chair about what inspired the toolkit, what its creators hope to accomplish with it, and how it can help strengthen communities.

Cat Johnson: What inspired the toolkit and how did you create it?

Francesca Pick: Since OuiShare has a distributed community with independent teams working on often similar projects, it’s always been our aim to share our practices across our community. Having been one of key people leading the organization of our international conference OuiShare Fest, for the past four years, I’ve been looking for a way to share the knowledge we have gained over the years and empower others to organize their own events. So I gave myself the challenge to open source how we organize OuiShare Fest from beginning to end, which ended up becoming the Open Source Fest Toolkit

An important factor that drove this project was the launch of OuiShare Fest Barcelona, the first OuiShare Fest organized outside of Paris. It was organized by a completely independent team from the one in Paris, so the first part of the Fest Toolkit was especially aimed at supporting them in organizing a OuiShare Fest while building on everything we have already learned. To start with, this included things such as budget and program templates, partners’ presentations, design elements and more.

The Open Source Fest Toolkit was a collective effort by all OuiShare Fest team members. I created a preliminary structure and guidelines on what type of content it should include — such as case studies, reusable templates, data etc. — and then asked members of my team to contribute by documenting the work in their area. It is a work in progress we will build on each year. 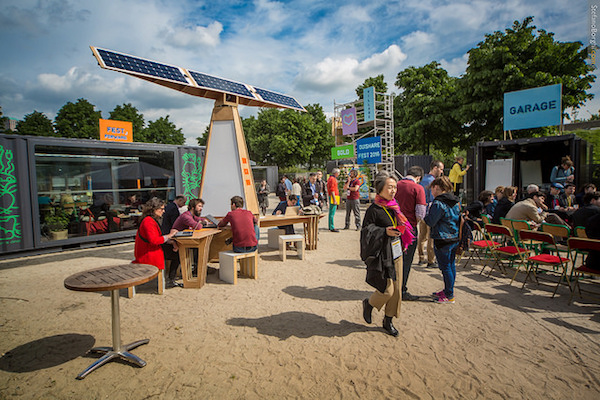 What's your vision for OuiShare events and what role does the toolkit play in that?

Convening and connecting changemakers with different backgrounds and perspectives has always been one of our core activities at OuiShare. As a distributed organization, our way of bringing what we do to more people around the world is by building a “commons of knowledge” and network around practices such as event organization, which other community members can easily replicate and develop further. We don’t need the same team to organize OuiShare Fest year after year. We don’t need to “grow” our organization in a traditional sense to scale from one annual OuiShare Fest to three. Instead, we need to create more and deeper connections among our networks and share practices. The Open Source Fest Toolkit is one important building block in making this possible.

Conference organization has become a very expensive business. But if you’re smart about it, any group can organize amazing events with little means — even applying a zero waste policy, a cause that is very important to me. I hope we can contribute to spreading a culture of organizing events with zero waste policies and support organizers in doing this. 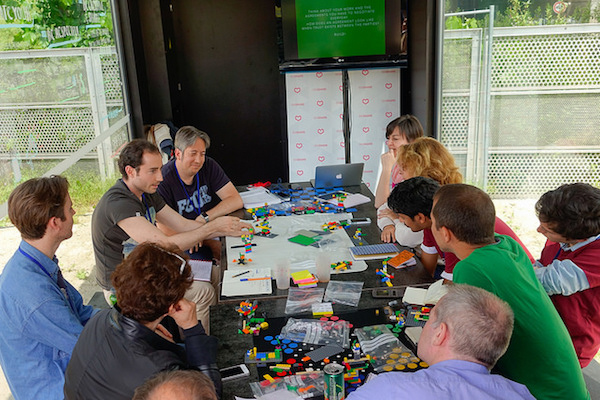 The OuiShare Fest Toolkit is for anyone who wants to organize a participatory event. Photo: PMenconi (CC-BY)

Where is OuiShare in the process of moving toward that vision? What is the current state of your network of events?

Since we believe that giving others the tools to copy and build on what we have done is the best way to grow our impact as an organization, we’re looking for more ways to open source what we do and will soon be kicking off a project to open source OuiShare as a whole. The Open Source Fest toolkit is a first prototype for open sourcing a OuiShare project, but we would like to apply this practice to other individual projects in the future as well. The Enspiral network has also been a big inspiration for how it documents the way it functions.

We’re also very excited to see a growing number of OuiShare events and projects being replicated in our newer communities, such as in Rio, with Colaboramerica, the first OuiShare Fest in Brasil, and in Montreal, where they organized Eco2Fest, a smaller version of our accelerator POC21, which took place Paris in August 2015. These projects happened thanks to the knowledge sharing between our international community, and we aim to continue along this path.

Who is this toolkit for? Who, besides OuiShare connectors, might find value in it?

The toolkit is not only for people within our own community, joining our team or looking to organize their own OuiShare Fest, but anyone who would like to organize a conference. Even though some parts are specific to OuiShare Fest, the toolkit has been created with the aim that anyone should be able to pick it up and find easy-to-read instructions and best practices on how to organize a conference from A to Z. This summer, I even tested the toolkit myself as part of the organizing team for another conference in New Zealand called OS//OS.

Take a look at the toolkit, add your comments and share your feedback.