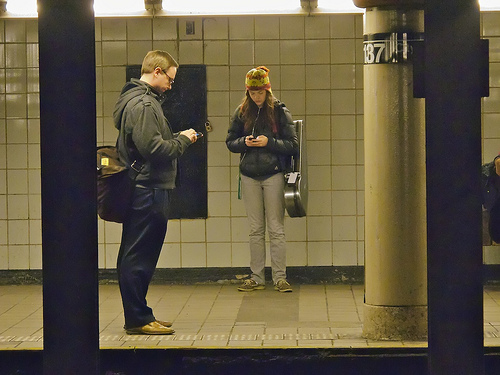 Are you ready to trade in the car for a smartphone? To lose the constant stress and expense of owning a car and trade up to a happier, healthier and more connected life? You’re going to need a bike, a transit card and some useful mobile apps to simplify the transition. Below are some of our favorite mobile apps that make it easier than ever to get rid of the gas-guzzler, including some suggestions from the Shareable community. Have a great app that we’ve missed? Suggest it in the comments below.

MotionX-GPS (iOS) – While the built-in Google Maps app for iOS and Android is a great navigation tool, the health-conscious cyclist will outgrow it quickly. MotionX-GPS is far more than a mapping app, as it also tracks your routes (including speed and distance) and records trip waypoints. 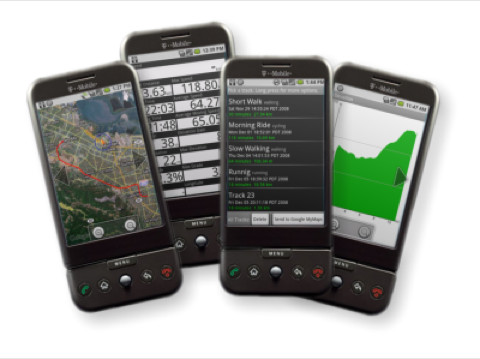 MyTracks (Android) – Similar to MotionX-GPS, MyTracks records GPS tracks and monitors real-time statistics on the time, speed, distance, and elevation of your trip, and allows users to share that information online.

BikeRoute (Android) – Like a GPS unit for cyclists, BikeRoute plans travel routes and provides turn-by-turn directions while on the road. 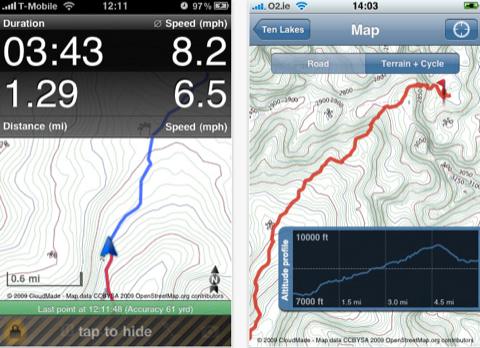 Bus tracking apps – It’s difficult to recommend a handful of bus tracking apps, as most of the apps available are specific to particular metros. Some standouts for iOS include Catch The Bus, a slick app with transit info for San Francisco and Boston, and Buster, a Chicago bus and train tracker. Android has a wide variety of bus tracking apps as well, for cities including Chicago, Edinburgh and Boston. There are native or webapp bus trackers for most major cities with GPS-enabled public transit, and a quick Google search should direct you to the relevant app for your city.

Instapaper (iOS) – Not specifically a public transit app, but essential for passing the time while riding the bus or train. Instapaper allows you to bookmark and create a reading list of long-form writing while browsing the web, and then downloads and presents that content in a mobile-optimized view similar to an eBook. Your reading list is available for offline access, essential if you’re taking the subway. On Android, check out ReadItLater, which offers many similar features.

While On The Road

Wi-fi Finder (iOS, Android) – If you’re an office nomad, you’re going to need to get the laptop online sooner or later. Wi-fi finder is a map application including 500,000 hotspot locations across the world that regularly updates with up-to-date information from a verified hotspot registry.

iMedJet (iOS, Android) – A must-have for any smartphone owner, iMedJet is a free first aid app designed for travelers. Including a wealth of first aid information for ailments ranging from life-threatening emergencies to bone fractures, iMedJet is a critical resource no matter where or how you’re traveling. 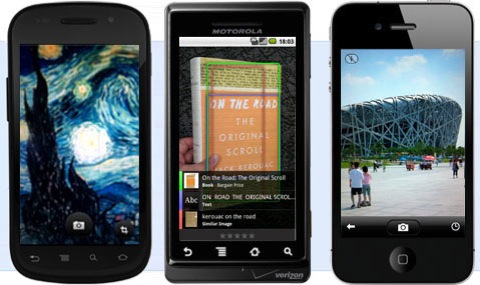 Google Goggles (iOS, Android) – Google Goggles is almost like a glimpse into the future, an augmented reality app that allows users to get relevant information on their immediate surroundings using their smartphone camera. It’s like having Google search for the real world, providing relevant informational overlays for landmarks, works of art, wine, books and more. It’s great for long-distance travel, but also for learning more about your own city.

Other Forms of Transit

Zipcar (iOS, Android) – Sometimes you need a private vehicle to run errands, and ZipCar is a cheaper and easier alternative to owning your own car. The mobile app lets you find and reserve ZipCars on the go, and even lock and unlock your reserved car’s doors from your smartphone.

TripIt (iOS) – Whether traveling long distances by plane, train or bicycle, TripIt is an invaluable travel organizer to keep track of your entire itinerary.