How to Start a Grocery Co-op - Shareable
Skip to content 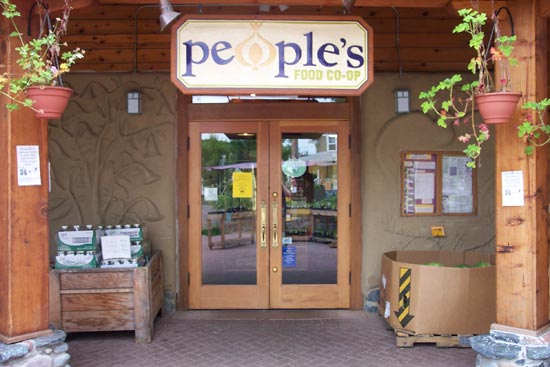 In the sharing economy, new and innovative business models are being developed for everyday needs like housing, work and transportation; think car sharing, bike-sharing, co-working, and Airbnb.

But one of oldest and tested sharing business models is the humble grocery co-op. Grocery co-ops have been around since 1864, when the first co-op was established in Rochdale, United Kingdom in response to the vagaries of the Industrial Revolution.

The first co-ops in the United States were established in colonial times. American co-ops have developed in multiple waves over the centuries, often in response to economic downturns, according to the National Cooperative Grocers Association.

A co-op is a business that is driven by cooperative values as well as profit. The original Rochdale pioneers set forth a set of seven principles, which have been adopted by the International Co-operative Alliance (ICA) and govern co-op operations to this day.

As defined by the ICA, a cooperative is “an autonomous association of persons united voluntarily to meet their common economic, social, and cultural needs and aspirations through a jointly-owned and democratically-controlled enterprise.”

The following is a condensed summary of the nine steps:

This step involves familiarizing yourself with the co-op business model, understanding local and regional resources, business costs like space, utilities, and regulatory issues, and most importantly, understanding the needs of the community the co-op will serve, how a co-op might serve as a solution to those needs, and if there is interest in pursuing a co-op solution.

At this step, a meeting is held to evaluate whether sufficient interest exists to justify starting a new co-op. Now is the time to hold multiple informational meetings in the community to gather input. It’s a good idea to invite experts to share their knowledge of co-op operations. If there is enough interest to warrant moving forward, a steering committee is developed through a consensus process.

This step involves studying whether or not a co-op can be both successful from a business standpoint s well as beneficial to its members. A feasibility analysis includes surveying potential members, understanding the operations of similar organizations, identifying funding sources, and identifying resources and partners.  Professional consultants may be useful in this process. A final feasibility analysis should include a market capacity analysis, internal capacity, financial needs and options, and the feasibility of design and project specifics.

The feasibility analysis prepared in step three is presented to a meeting of potential members and a vote is held to incorporate. If the vote is successful, articles of incorporation are drafted, voted on, and filed with the appropriate governmental agency. At this time, a formal board of directors is selected and other functional roles assigned.

In this step, a membership structure is selected and the participation and financial commitment of members is secured. Goals and deadlines for number of members, equity, and loans must be set and tracked. Visual aids to show progress are helpful at this stage.

A specific and detailed business plan and financial model are constructed in this phase, describing all operations, employees, management structure, products, customers, capitalization, and projections for revenue and costs.

The first source of base financing is members, who may loan or invest in the co-op as part of their membership. Other alternatives may include grants, commercial loans, private investment, and vendor financing. Lenders should be made to clearly understand the implications of the cooperative ownership structure. Contact with local economic development agencies may identify governmental incentives, such as tax incentives, that can be included as part of the financing package.

The business plan should guide all aspects of this phase, in which a space and equipment is secured, a store is set up, accounts with vendors are established, and a manager is hired.

Hold two grand openings—a soft opening to de-bug operations, and a highly publicized grand opening with a ribbon cutting and special events. The first year is usually rough, so plan on a nine-month board retreat to assess operations.

The Cooperative Grocer’s Network lists 362 grocery co-ops in existence in the United States and Canada. Grocery co-ops are entering the mainstream, as health-conscious consumers demand more knowledge of where their local food is coming from, according to a recent Aspen Times article. As Yes! Magazine reports, cooperative businesses across multiple sectors—food, banking, health insurance, even steel-making—are on the rise, partly in response to people’s disillusionment with big business in the wake of the Great Recession. The grocery co-op provides a time-tested alternative business model to the industrialized food system that can both build community and empower individuals.