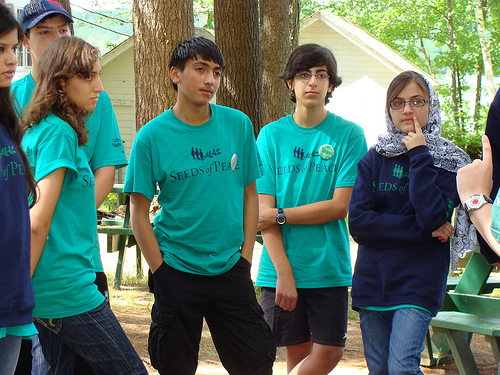 “I’ve witnessed people change before my very eyes and they are softened by the experience of being heard and listening,” says Kris Miner, executive director St. Croix Valley Restorative Justice Program. Miner’s program, launched in 2001 to serve communities in western Wisconsin, facilitates dialogues between victims and perpetrators, disruptive teens and community members, drunk drivers and families they’ve harmed – people who would normally have no desire to see, no less speak, to one another.

To be sure, if you’re looking for ways to cross difficult divides, the 30-year-old practice of “restorative justice” is a good place to start. Borrowing, among other sources, from ancient Maori tribal rituals for settling disputes, RJ has proven effective in legal systems, communities, and schools throughout the world. It is an example of what psychologist Kenneth Gergen calls transformative dialogue – practices that harness the power of relationship to affect change. Others include The Compassionate Listening Project, The Public Conversation Project, The Seeds of Peace Camp, and The Deep Democracy Institute.

These new practices honor relationship as a crucible of change. They open people’s minds rather than change them. And they encourage the kind of conversation that allows participants to feel safe, which makes it more likely that they’ll override their biases and hard-wired reactions. 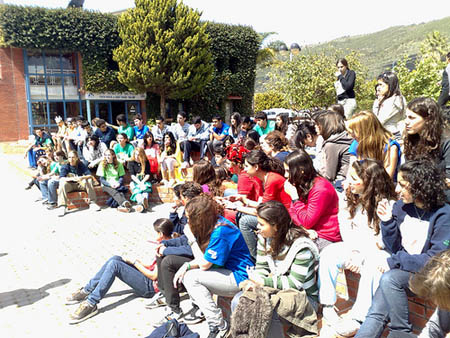 Ask, don’t assume. First impressions and snap judgments are automatic, emotional, and barely conscious. But by being open and mindful, “you have more control over your unconscious,” according to Todd Kashdan, PhD., author of Curious? Discover the Missing Ingredient to a Fulfilling Life. When conversing with someone different, keep reminding yourself, “There’s something interesting I can learn here.” Ask questions that help you understand how he or she came to think that way. The Collaboration Project, for example, begins sessions with questions, such as, “How did you get involved with this issue? What's your personal relationship, or personal history, with it?”

If the other person says something offensive, be curious. Miner recalls saying to a woman who “hated” Native Americans, “Please, tell me the story of how you came to that conclusion.” Miner had more compassion for the woman after learning that when she was a teenager, a group of Native Americans in a park had threatened her with a broken bottle.

Kashdan also suggests turning curiosity inward: “We need to question the values, attitudes, assumptions, and beliefs that affect our everyday conversations. Be reflective. Remind yourself, ‘This is what I bring to the table.’”

Tell stories, not facts. People are notoriously bad listeners, and are especially resistant to dry facts and figures. Personal accounts go right to a listener’s heart. “Stories inspire empathy, even if you don’t agree with the person’s viewpoint,” says life coach Barbara Biziou, who gives corporate seminars in communication. Stories engender connection and transform us from cardboard figures into complex beings. Research has shown that in every context – business, communities, conflict resolution – stories resonate on a profound human level and allow us to cross boundaries. Collaborative conversation is mutual storytelling. You tell your truth and, at the same time, accept that it’s not the only truth. But if it’s your experience, then no one can say, “You are wrong." 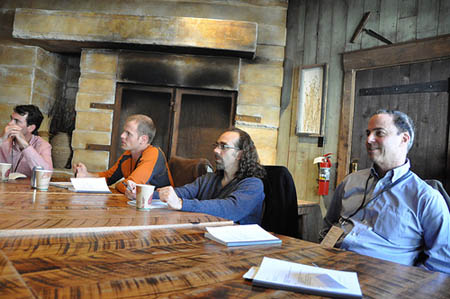 Listen to understand. In restorative justice “circles,” participants pass around a ‘talking piece,' be it a stone, bean bag, or stick. “When I have it, it’s my opportunity to speak from the heart, and speak until I feel understood,” explains Miner. “But when someone else is talking, my job is to listen to understand. That’s different from listening to figure out whether the other person is right or wrong, in which case you either interrupt or bite your tongue.” When a person feels heard, he allows himself to be more open and, in turn, both parties are more apt to find common ground. Listening to understand also decreases the likelihood that you will, as a Buddhist teacher would say, “argue with reality.” When differences can’t be breached, if you look at the whole person, you might not feel a need to disconnect. “I try to remember that there’s a lot more to him than his politics,” says Judy, whose ultra-conservative husband purposely makes extreme statements in the presence of her liberal friends. “I concentrate on his good traits.”

Go for connection, not conversion. Whether it’s for one conversation or longer-term engagement, focus on creating a relationship with the other person, rather than trying to convince them. Make how you talk more important than what you say. And don’t expect or reveal too much too soon. Relationships unfold in stages. In the initiating stage, we size up the stranger, put our best foot forward, and try to find out the basics like her background, values, details of her daily life – the “safe” stuff. We then segue into the experimenting stage where the “breadth” of disclosure expands. We talk about a greater variety of subjects and, possibly, increase the “depth” of disclosure, revealing more about ourselves. (“I’ve been brought up to believe….” or “In my country, we….”) With each successive conversation, we take one step forward, then pause to get our bearings. If we feel too vulnerable, we take one step back. As you get to know each other, you can begin to see a fuller, more complex person who will seem very different from your first impression.

Reassess and adapt, if necessary. Sue, a direct and highly creative manager, was constantly frustrated by her new boss: “She values work by how much she can assign, and I by how much I can accomplish.” After several months of seeing her ideas and reports “shelved,” Sue realized, “My boss was probably just as frustrated as me.” Sue had to modulate her communication style without compromising her own values. She now piggybacks her suggestions onto topics her boss brings up. “That makes her more relaxed and happier which, in turn, makes her more willing to listen.”

Research bears out Sue’s experience. In a series of studies, psychologist Claire Ashton James demonstrated that when joyful or somber music was played prior to interactions with a stranger, or when participants' moods were manipulated by making them hold a pen in their teeth (which forced a smile) or lips (a frown), the quality of conversation differs. When an upbeat state was induced, both European and Asian volunteers were more open. Primed in the opposite direction, however, they fell back on traditional cultural stereotypes and constrained their interactions. 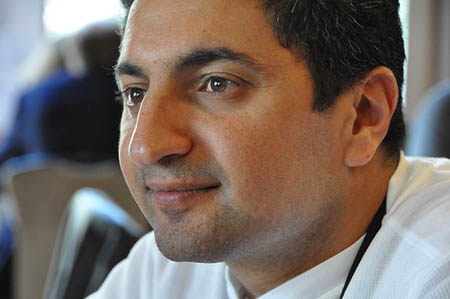 Pull back to see the bigger picture. A web of relationships is like a traffic jam. Only by pulling back – positioning yourself above the fray – can you see the interrelationships of the various people involved. In order to untangle “complexities that are not easily grasped,” Eva Schiffer https://netmap.wordpress.com/personal-profile gave the 17 members of White Volta Basin Board, each who had a different perspective of their situation, an aerial view. Adapting principles of social network analysis, she helped them chart what she calls a “net map.” It is built around four basic questions: Who is involved? How are the players linked? What are their goals? and How influential is each one? You can explore such questions in one-on-one conversations, as well. “The activity of sitting together and trying to grasp what this whole network looked like,” recalls Schiffer, allows conversation partners (or members of a group) “to express their views, to talk about their previous experiences, and to figure out how they can put it all together.”

Practice in low-stakes situations. According to Jennifer Richeson’s research, being thrust into situations with people who are different can exact an emotional and cognitive price. As an alternative, Richeson suggests, “approach behavior,” which involves “intercultural learning, friendship development, and honest dialogue in the service of mutual understanding.”

That’s the goal of many experiments in collaboration and cooperation, such as Eat With Locals, a website founded by Vicki Edmunds of South Wales. The idea was inspired by “home swapping” in Slovenia: “My daughter was intrigued by the spices in the cupboard, and said, ‘Wouldn’t it be lovely if we could sit down to a meal with this family.” Today, EWL attracts members from all over the world who are curious about unfamiliar cultures and eager to meet strangers.

When divergent realities are shared, we get a glimpse of our common humanity. Although we have been programmed to take care of Number One, if we can see conversation as a collaborative activity – a sharing of minds – we begin to interact as relational beings. And every social encounter becomes not only a way to enrich our own lives, but to build bridges across seemingly impossible divides and to set the stage for a mindset that truly allows us to share this small planet.