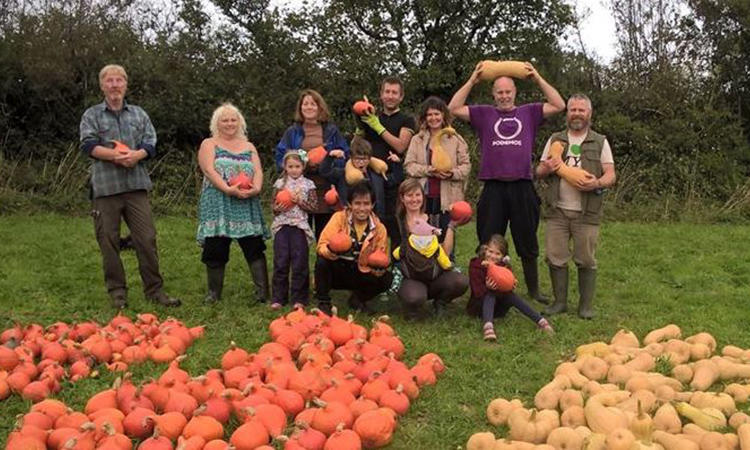 It all started back in 2012 when I led a workshop called ‘Design Your World’ at the Occupy Camp in Totnes, Devon, U.K. The aim of the workshop was to focus our shared vision. We all knew Occupy was losing momentum but we wanted to continue our social gatherings on the land, feed ourselves, make decisions by group consensus, and take back the power to meet our own needs.

At that time I already had 2 or 3 years experience of growing squash and really valued squashes as a very tasty, nourishing food that stores at room temperature for months. Squashes and pumpkins are great because they’re easy to grow, are a low input/ high output crop with very low maintenance and watering, and most importantly because they provide a good winter survival food.

Starting a community cooperative to grow the squash just made a lot of sense.

We meet on weekends throughout the year to work together on the many necessary tasks involved in growing and harvesting the squash. Then each person gets paid a share of the squashes according to the total number of hours they have worked, as a fraction of the total number of hours worked by everyone. With this system the risks and gains are shared equally by all members. We also grow a few other vegetables such as courgettes (zucchini) and spinach on a ‘gift economy’ basis for picking over the summer.

The work is carried out in phases through the year and we send out group emails explaining where, what, and when there is an activity planned — then those who feel like it come along and work. We always drink tea and eat cake. 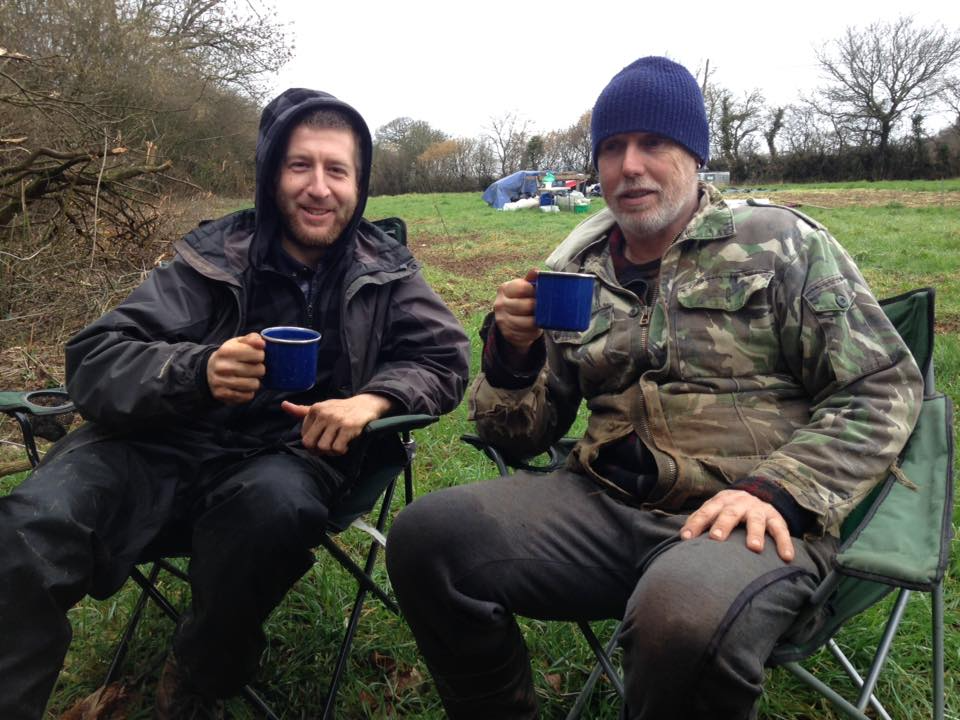 Here are the steps we go through each year for our squash co-op: 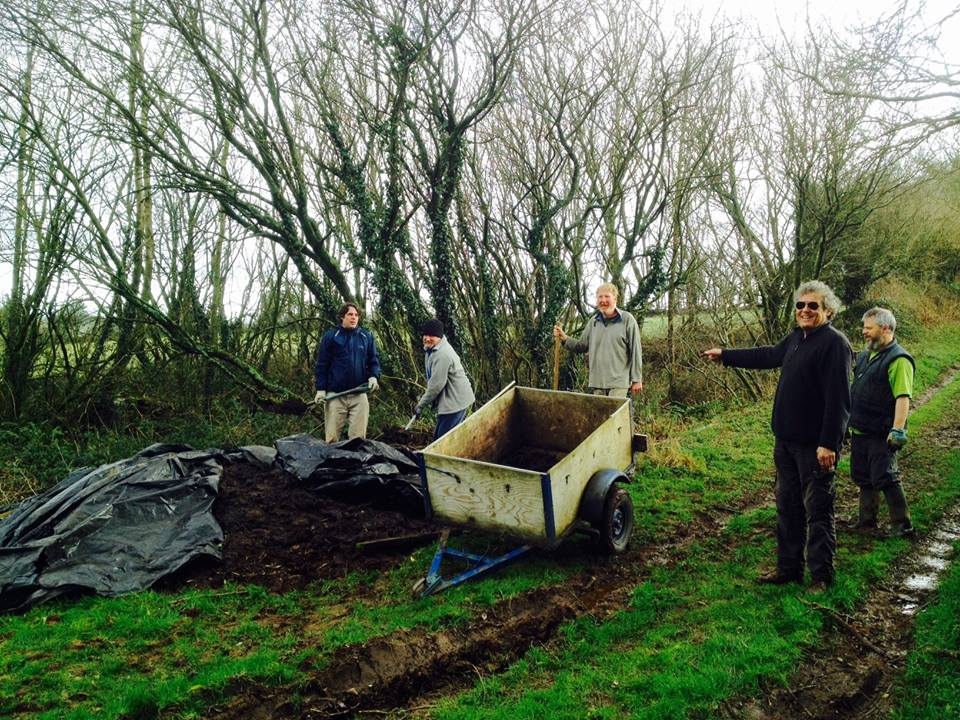 We celebrate completing a year of work with a pumpkin party. We rent a hall and bring in food to share — pumpkin and squash recipes are encouraged. We have DJs, a bowl of sangria, pumpkin pie, and cider.We also set-up a squash display with information and photos about our project. It’s a great time to recruit new members. 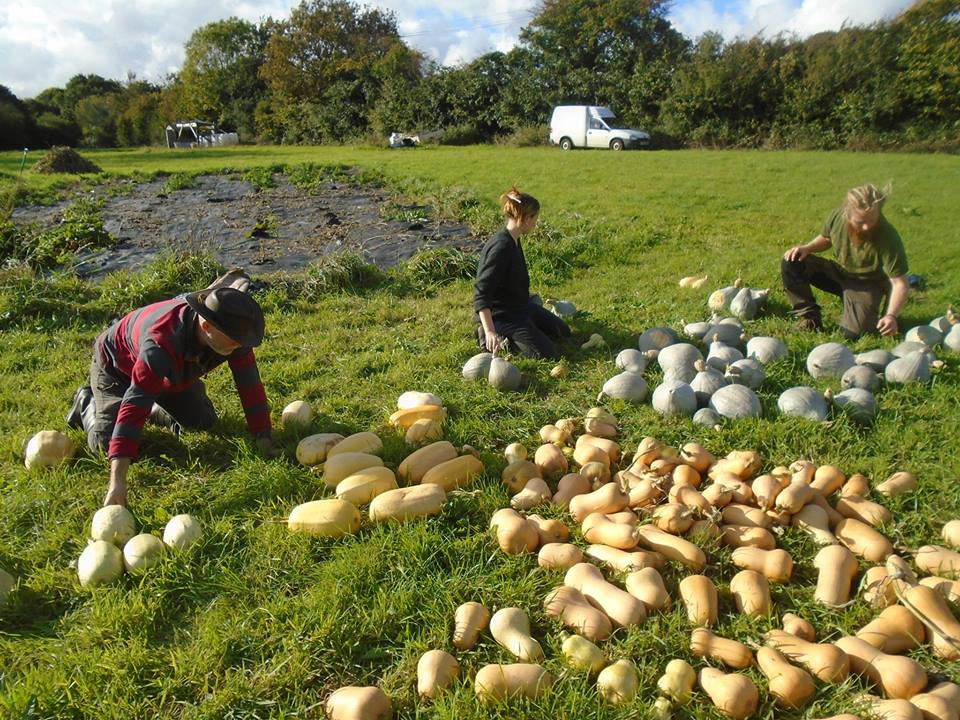 And that’s about it. May the people of world grow squash!! For more information (or to connect with other squash growers) visit the Squash Co-operative facebook page

Roland Hague has been an environmental activist, gardener, tree planter, and conservation worker for most of his life. Roland loves to get people together to grow food and to create

Roland Hague has been an environmental activist, gardener, tree planter, and conservation worker for most of his life. Roland loves to get people together to grow food and to create an abundance to share. After the Squash Co-op, he helped create the Land Projects Network which supports land owners to share labour and produce with local people. In 2015 he helped organise the Land Conference which looked at the whole question of land ownership. Roland is currently setting up a housing co-op with a small group of friends. Roland believes that in order for humans to have peace and true democracy, organisational structures need to be non hierarchical like co-ops. For everyone to have a voice there needs to be general assemblies in every town and village. And to erradicate inequality people need to share widely with their friends and neighbors. This is just a start, but these are things we can all do right now.