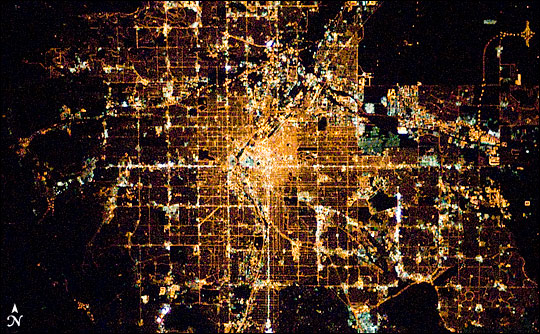 UPDATE: We’ve summarized much of the series this article is part of in a new report, Policies for Shareable Cities: A Sharing Economy Policy Primer for Urban Leaders. Get your free copy here today.

Bearing the weight of booming populations and a precarious economy, cities can no longer conduct business as usual. Despite the countless technological and cultural shifts of the past century, many cities still resemble lumbering relics of the Industrial Era, belching forth smog produced not by factories, but instead motorized boxes stalled in traffic.

In response, cities are embracing the concept of the “city as a platform,” a hyper-connected urban environment that harnesses the network effects, openness, and agility of the real-time web. It’s a model most recently adopted by the City of Palo Alto, which announced an ambitious open data initiative on August 2nd.

Grand declarations make for great press conferences, but little else. As Palo Alto’s roadmap demonstrates, the devil is in the implementation. It’s an incremental process that requires an engaged citizenry that sees tangible benefit from such initiatives, changes in municipal procedures and IT infrastructure, and buy-in from business leaders, developers, and entrepreneurs.

An enormous and ambitious undertaking, no doubt, meaning many things to different constituents. Such disruptions are not without peril. As noted by critics such as Evgeny Morozov and Sarah Leonard, civic tech movements are not free of ideology, and transparency policies are often more opaque than promised.

While technologists boast of the potential for smartphone apps to connect citizens to city services and institutions, those smartphones double as data exhaust-emitting GPS devices, prompting significant civil liberties concerns. As Alex Howard succinctly puts it, “While the apps used to find city services are generally not the ones used to surveil citizens, in practice the mobile device itself may be an agent of both actions.”

The policies enacted and implemented in the name of innovation require ongoing debate and scrutiny; open data initiatives and civic apps are not ends in themselves. Despite this, the civic tech movement must play a fundamental role in addressing the challenges besetting cities and their denizens in the early 21st century: exploding populations, crumbling infrastructure, unemployment, even municipal bankruptcy.

So where do citizens and municipal institutions start? 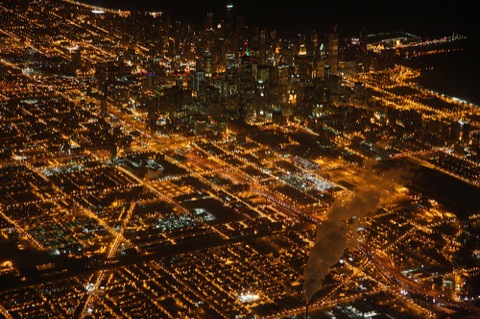 Downtown Chicago at night. Photo by Nathan Rupert via Flickr.

In many cases, it’s neither possible nor desirable for government institution to embrace the “fail early and often” approach preferred by tech entrepreneurs. While the process of governance may be painfully slow for technologists, existing policies aren’t always the result of bureaucratic inefficiency. But citizens can catalyze creative disruption from the outside. In some cases, civic hacking spurs significant change within city hall.

While compiling data for the early civic tech startup Everyblock in 2007, Daniel X O’Neil, executive director of the Smart Chicago Collaborative, had to step away from the keyboard and pick up the phone. “There wasn’t anyone else in the country back in ’07 who was cold-calling cities and asking for civic data,” he said during an interview in the spring.

“When you cold-call Mayor Bloomberg’s office, you end up getting forwarded to those people in all the cities,” O’Neil said. People like Nigel Jacob in Boston, now co-founder of New Urban Mechanics, and Jay Nath, currently the City of San Francisco’s Chief Innovation Officer (CIO) and the catalyst behind the city’s Sharing Economy Working Group. An ad-hoc network began to cohere of “people doing these oddball things,” O’Neil says, who then “found other people with very similar ideas to what we were doing.”

The Eight Principles of Open Government Data emerged from this informal community of technologists and forward-looking government employees. Written in 2007 by 30 early advocates including Tim O’Reilly, Lawrence Lessig, and O’Neil, it remains a foundational document for the movement, setting an early framework for open data policy. 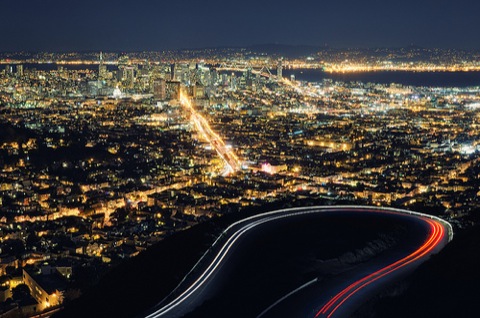 San Francisco at night. Photo by Andrew Mace via Flickr.

In the words of the City of Chicago’s CTO John Tolva, “As much as gov 2.0 is a grassroots movement, leadership at the top matters.” Tolva was named CTO in 2011 by newly-elected Mayor Rahm Emanuel, who has prioritized civic tech and open data initiatives in the name of efficiency and economic growth.

For cities lacking Chicago’s resources and vibrant tech community, such grand projects may be daunting. It’s an incremental process that often relies on evangelists within government tapping existing resources and institutional skills, as well as like-minded citizens and entrepreneurs.

In the five years since O’Neil was cold-calling mayor’s offices, a wide array of existing resources, guides, and proven approaches have emerged. Code for America (CfA) recently launched open.impact, a step-by-step guide for governments and citizens to adopt open government policies.

Build an economy on open data 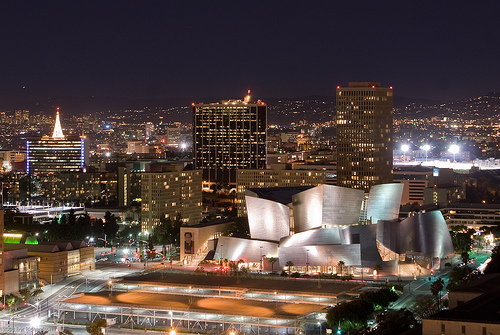 The case for civic tech is often framed in terms of transparency or efficiency, but the economic benefits are equally significant. Hackathons end, administrations leave office. For civic apps and open data policies to have lasting impact, local developers and entrepreneurs must make the economic case by creating value out of these efforts.

“Currently civic technology is in the hacker weekend, hobbyist space,” says O’Neil, reflecting on the Chicago civic tech community he helped shepherd. “It’s very important to move it into the technology industry.”

Chicago’s civic tech community grew fast, but community goodwill, weekend hackathons, and civic app competitions do not make for a sustainable long-term model. “There are some structures we need to have that include venture capital and a business model and apps that can really serve people,” notes O’Neil.

The economic benefits of open data initiatives must become tangible to government workers and citizens by creating vibrant new businesses that serve the populace. Pointing to successes such as SeeClickFix, Everyblock, acquired in 2009 by MSNBC, and OpenCity, Tolva states, “people are seeing that this is a resource they can build a business on top of.”

And while it’s dispiritingly common in the current political climate to consider government, business, and social justice advocacy in opposition to one another, the reality is far more nuanced. “The open gov movement has moved from transparency for transparency’s sake to the bedrock of analysis and policy change,” says Tolva.

“An example is doing a very sophisticated analysis of food deserts, or more specifically, lack of access to fresh food,” he says. “The analysis of those data points — where those corner shops were, where their revenue was coming from, community gardens–helped the mayor go to the supermarkets and explain what we need,” he says.

Beyond open data and civic apps 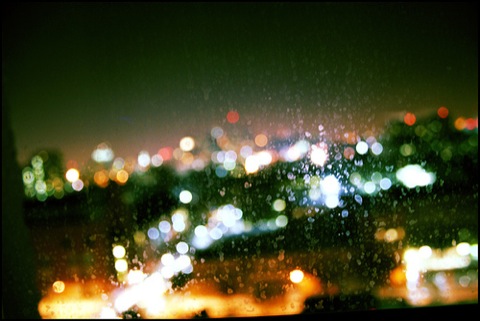 Philadelphia on a rainy night. Photo by cjelli via Flickr.

Cities must also keep their eye on the big picture. Open data policies are only the beginning. “Data is the gateway drug to the sharing economy,” says Lisa Gansky, author of The Mesh: Why the Future of Business is Sharing and founder of Mesh Ventures. The larger shift, she notes, is “about bringing commerce and community together using mesh concepts, converting waste to value.”

She advises cities to think long-term to build a platform that is not only stable but extensible. To not only embrace the networking, collaboration, and open data innovations of the web, but also its agility.

Advocates should consider “what kind of things can a city do technology-wise to make real-time management of infrastructure a reality,” she says. To turn cities into economically and environmentally sustainable platforms for civic engagement, institutional and economic change is necessary, she notes. As is innovative urban design, as demonstrated by bikesharing programs implemented in cities such as Copenhagen and London.

At the most fundamental level, revitalized neighborhoods and communities are what undergirds the city as a platform.

“The key to rebuilding the value of cities is at the atomic level, at blocks and communities,“ say Gansky. Citing the Oakland-based small business incubator popuphood, Gansky says that such projects are ”like an urban pheromone that activates neighborhoods and creates a vitality there.”