How to Raise Non-Competitive Kids - Shareable
Skip to content 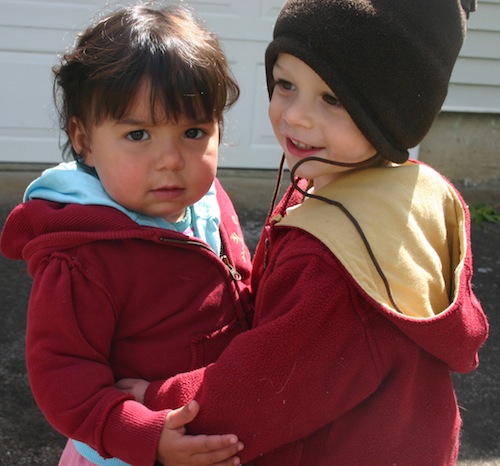 In 2008, an interviewer admitted to Alfie Kohn that she considers herself a competitive person. “As long as you acknowledge that’s a problem to be solved; it’s not a good thing about us,” he responded. “People say to me, ‘Oh I’m really a competitive person,’ not realizing that it’s as if they’re saying, ‘I have a drinking problem.”

Competition, which Kohn defines as any situation where one person can succeed only when others fail, seems to be something of a state religion in the United States. But Kohn is convinced that we’ve all bought into dangerous myths about the value of competition in our personal lives, workplaces, society, and economic system. He laid out his arguments in his 1986 book No Contest: The Case Against Competition

, and he’s been spreading the word ever since.

He insists that competition is not human nature; it’s something we learn. “The message that competition is appropriate, desirable, required, and even unavoidable is drummed into us from nursery school to graduate school; it is the subtext of every lesson,” he writes.

And according to Kohn, competition undermines self-esteem, destroys relationships, thwarts productivity, and discourages excellence, and he cites more than a hundred studies to back up his assertions.

I didn’t play competitive sports, but I’m all too familiar with the academic awards assemblies Kohn rails against. During my 17 years in school, I marched onto stages to collect an assortment of shiny pins, engraved dictionaries, and gold-sealed certificates. Kohn argues that honors like the ones I won make the vast majority of students feel like losers. More surprisingly, he insists they’re just as toxic for the winners, arguing that my victories may have made me into a more “cautious, obedient” person.

I would like to disagree, except I see Kohn’s point. I remember feeling an almost absurd fear of academic failure, especially when I was very young; Kohn argues that it’s no surprise that getting good grades or winning awards would breed anxiety. “Winning offers no genuine comfort, because there is no competitive activity for which victory is permanent.”

Of course, the competitions didn’t end when I got home from school. Like most Americans, my childhood was crammed with kickball tournaments, family game nights, three-legged races, trivia contests, and scavenger hunts. When I think about it, a lot of those activities weren’t exactly fun, and many were downright stressful.

Kohn argues that growing up in a competitive society has dangerous implications. We can become almost psychotic in our inability to recognize when being competitive is harming us. “Having thoroughly assimilated the attitude that the better I do, the worse you do (and vice versa), we are not open to mutually advantageous agreement or cooperation of any kind. The costs can be high.” Think: nuclear war and environmental degradation.

Okay, I’m convinced. Sign me up for Competitors Anonymous. I’ll start looking for more opportunities to share and collaborate with other writers. My husband and I will go on walks instead of competing in tennis matches; we’ll work on crossword puzzles together instead of vying against each other in Scrabble games. 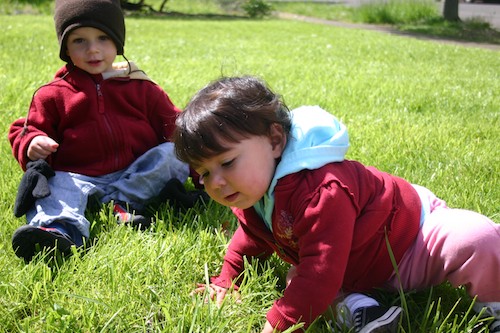 Except, there’s just one major challenge. We’re parents. And at two, our son is toddling toward Pin the Tail on the Donkey, Musical Chairs, spelling bees, honor rolls, awards ceremonies, soccer matches, and field days. I’m convinced learning to share, cooperate, and collaborate will serve him well in the future, if blogs, wikis, open source software, and the Creative Commons are any indication. But is it really possible to teach a child those skills in our uber-competitive society?

Kohn offers some advice to parents in No Contest and a few of his other articles and interviews on the subject. Here are six tips I gleaned from him:

1. Ditch organized sports:Instead of signing your kids up for soccer or tennis lessons, encourage activities that don’t create winners and losers. Swimming, walking, running, and playing outside can all be healthy non-competitive activities. Kohn also recommends Terry Orlick’s Cooperative Sports and Games Book

and Cooperative Games and Sports-2E: Joyful Activities for Everyone

which compile games that have the goal of everyone working together to achieve something. Josette and Sambhava Luvmour wrote a more recent collection called Everyone Wins!: Cooperative Games and Activities

2. Replace competitive board games: Kohn says it’s no surprise that kids cheat and fight when they’re going head to head at Checkers or Chutes and Ladders. He recommends that parents purchase board games from Family Pastimes, a Canadian Company started by Jim Deacove. According to their website, “Players help each other climb a mountain, make a community, bring in the harvest, complete a space exploration… They are never against each other.”

3. Pay attention to praise: Most of us, especially those of us “marinated in the myths” of competition, tend to respond more enthusiastically when our kids win something than when they do their best or just have fun. But Kohn is insistent that a parent’s love and acceptance must never be conditional on success or anything else.

4. Encourage sibling cooperation: Kohn points out that often parents use innocuous-seeming contests to cajole their kids into action, like, “The last one to the car is a rotten egg.” or “The first one in his pajamas gets a treat.” Instead of setting up siblings to compete against each other, Kohn advises that parents encourage cooperation: “Let’s see how fast we can clean up together.”

5. Get involved in your child’s school: In one interview, Kohn jokes that if American society ever catches on to the downside of competition, we’ll see a spate of self help tomes, like How to Be a Less Competitive You, instead of a collective movement to transform our society into a less competitive one. But he hopes that parents will get together, find out what’s going on in their children’s classrooms, and complain about assignments and activities that needlessly pit kids against each other.

6. Be a good role model: Of course, no matter how many cooperative games we introduce, if our kids see us being competitive with our spouses, siblings, friends, and coworkers, they’ll probably be competitive too.