How to Improve Your Community's Internet Connectivity - Shareable
Skip to content 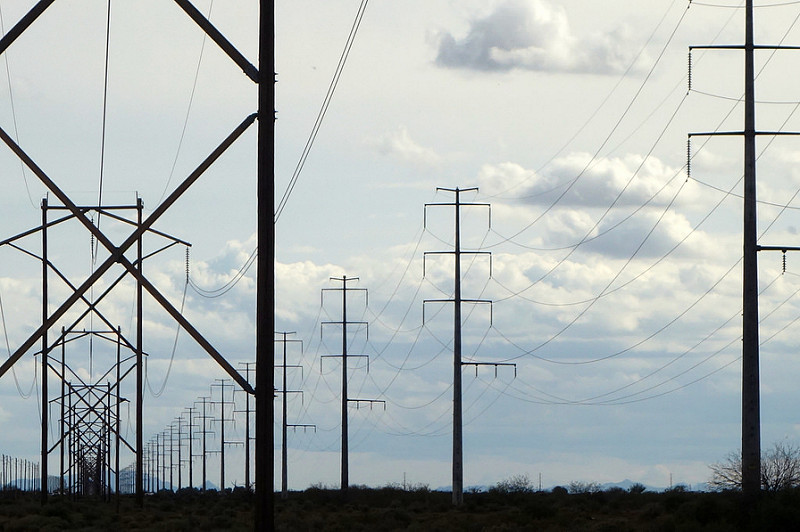 Many people have come to the Institute for Local Self-Reliance (ILSR) for advice on how to get started on an effort to improve Internet connectivity. This is a working document with some suggestions and places to get ideas. Please let us know if you have suggestions or additional comments by emailing us – broadband@muninetworks.org.

An increasing number of municipalities are investing in telecommunications infrastructure to serve public facilities, local businesses, and even residences (see our map here). The national cable and telephone companies are refusing to invest in communities because they effectively have a monopoly on Internet access locally. Most Americans are stuck choosing between slow DSL and expensive cable options.

Deploying a publicly owned telecommunications network is no small task. This Toolkit is designed to help your community ask the right questions to implement a connectivity improvement initiative. Each community is unique and the path you choose will also be one-of-a-kind but there steps common to every initiative.

Begin At The Beginning: Establish A Concrete and Viable Vision:

"A vision needs to identify the potential benefit(s), both quantitative and qualitative, and a reasonably concise assessment of the problem(s). A comment problem is a lack of local control over essential infrastructure. Gaining control over the infrastructure is one piece, but what will that allow the community to do? Hope is a valuable part of the vision. The community has to have faith that it can do better and find ways of bringing the community together to create (or maintain) a good place to live and work." – From the 2014 ILSR report, Santa Monica City Net: An Incremental Approach to Building A Fiber Optic Network

What are the problems you wish to solve in your community?

Determine what and where the needs are and clearly document them to share with community members.

Look at nearby municipalities and counties and see if they are working on developing a network. We maintain a list of the community networks built in the United States on our Community Broadband Map.

Review restrictions that your state may have in place regarding developing a municipal network. State statutes can sometimes dictate the business model, funding, or geographic area of your potential network.

Determine What You Have: Review Existing Community Assets

A number of communities already have fiber in place for other purposes. Managing traffic signals, monitoring wells, or connecting electrical substations are a few common municipal or county government uses of fiber. Sometimes, local government already has fiber to connect schools or public facilities. Before delving deep into the process, one should have an idea if any of these assets may exist in the community.

Community anchor institutions (CAIs) are entities found in many communities and used by a large segment of the population. They tend to be nonprofit or government facilities such as schools, colleges, libraries, social service entities, hospitals, and medical clinics. If CAIs are not already connected by a community network, how well are they served?  Can they get the connections they need at an affordable price?  If not, they should be part of the plan – connect them as anchor tenants of the network.

For example, check on whether your city has a municipal electric department or public power within the city or county.  These institutions can be helpful assets in building a network because they often already have some fiber assets to manage the electrical grid, and are generally experienced in managing a business enterprise. A substantial majority of community-owned networks were built with the assistance of a municipal electric department. However, there are other models and possibilities for communities who do not have a public power utility.

Community broadband networks have been around since the 1990s and ILSR has collected many of their stories. MuniNetworks.org has hundreds of articles about local communities that have explored municipal networks solutions.

Look into the laws in your state: 19 states have passed laws that prevent or restrict municipal investment in telecommunications. There are similarities, but each one holds subtle but critical differences. If you live in a state with legislative barriers, encourage your state elected officials to take steps to remove them. Check out the Coalition for Local Internet Choice.

In-depth case studies are also available that dig into challenges, strategies, and methods used by communities that have launched municipal networks. Case studies that are available onMuniNetworks.org and ILSR.org include:

Understand the Indirect Benefits of building a community fiber network, which is where community ownership really separates itself from private ownership. We discuss it in Community Broadband Bits Episode 80.

Inform the Public and Build Support

Strong and vocal support by local leadership has been a broad theme for most successful networks. Local officials and government staff are sometimes limited in how they can build and express support; for example, they are generally unable to use public funds to combat misinformation campaigns from incumbent cable or phone companies prior to a referendum. This makes it all the more important for individual and institutional supporters of a community network to do more than offer passive support.

Gather support of citizens and local businesses to push for municipal networks:

Local governments will almost always want to approach the incumbent providers to ask them to upgrade their networks. This is unlikely to result in any meaningful new investment, but it is important for elected officials to give incumbents an opportunity to improve their services before the community takes action.

Having a vision and knowing what problem(s) the community must solve is very important because it may be that the incumbent is fundamentally unable to solve a problem the community has and the community should be aware of that. Massive absentee companies are not likely to be able to reform their customer service practices in response to a local request.

Often, misinformation spreads regarding the building of municipal networks, often through well-funded campaigns bankrolled by incumbent providers. These can derail efforts cities make to serve their citizens’ best interests. One particularly effective strategy observed in the Lafayette Utility Services’ (LUS) case was the “inoculation” strategy.

Frame the issue in a way that highlights the differences between the motivations of incumbent providers (profits) and community networks (serving the community). Underline the importance of local choice, as opposed to allowing executives in other states determining what services will be available to your community.

Advocate For Local Policies That Enable Current or Future Investment

If your community does not have a “dig once” policy, encourage local elected officials to put one in place. Even if your community does not deploy its own network, such a policy can lay the groundwork to encourage private companies to invest because resources for underground fiber will already be in place. There are several approaches that we have documented that can serve as model policies.

Even if your state restricts placement of fiber, your community can prepare for the future by ensuring conduit placement by local agencies. Entities coordinate so construction projects are always reviewed for conduit placement candidacy. Several communities take it one step further, requiring developers to pick up the modest expense of installing conduit. A few communities with model policies are:

Reach out to other communities to discuss the possibility of a multi-community partnership or to learn about their recommendations for consultants.

Are there electric or telephone cooperatives in your region that may serve as reliable partners?

When Your Community Decides to Move Forward

Typically, a local government will hire a consultant and complete some form of feasibility study to determine likely costs and approaches to meet community needs. Then the community has to start making decisions about financing options and how to the build the network or find a trusted partner. The community has to continue paying attention, to make sure the network meets their needs and is producing the expected benefits.

The Institute’s mission is to provide innovative strategies, working models and timely information to support environmentally sound and equitable community development. To this end, ILSR works with citizens, activists, policymakers

The Institute’s mission is to provide innovative strategies, working models and timely information to support environmentally sound and equitable community development. To this end, ILSR works with citizens, activists, policymakers and entrepreneurs to design systems, policies and enterprises that meet local or regional needs; to maximize human, material, natural and financial resources; and to ensure that the benefits of these systems and resources accrue to all local citizens.

Since 1974, ILSR has championed local self-reliance, a strategy that underscores the need for humanly scaled institutions and economies and the widest possible distribution of ownership.

Every week, we produce original research packaged in easy-to-read articles, podcasts, reports, and videos that we distribute to media organizations and allies across the idealogical spectrum. We have multiple national experts on staff that provide a unique and valuable perspective on a range of national policy issues. For media inquiries, contact our Communications Manager, Nick Stumo-Langer.

Through our work across the economy, we seek to empower communities to take charge of their own future. Watch our video to explore the initiatives that make the Institute tick and learn how you can get involved!