How to Help Your Neighbors Go Solar - Shareable
Skip to content 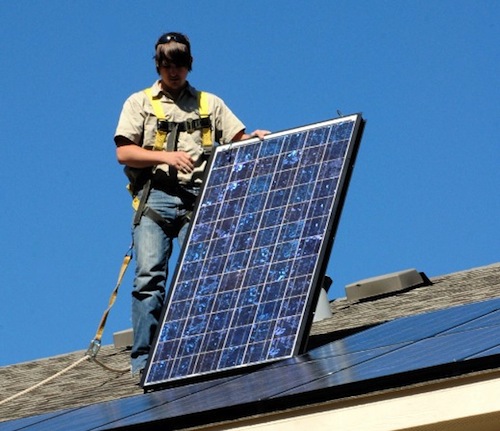 Fitting your house out with a solar panel system can save money on future energy bills and contribute to reducing carbon emissions. Unfortunately, the initial cost of installing panels is still a major deterrent in making the switch to alternative energy. 1 Block Off the Grid (1BOG) is helping people like Michael Martinez use group purchasing power to reduce these costs, assisting neighborhoods all across the US to band together and go solar.

Career: Michael works as an accountant and is a CPA 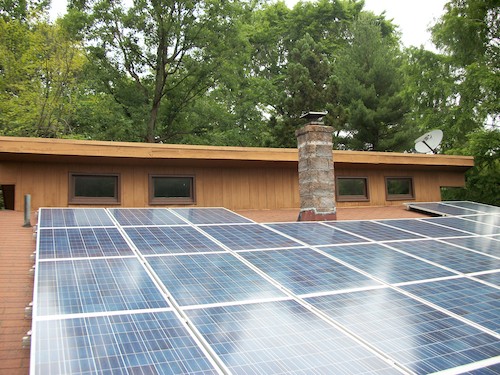 The story: With a State Government that offers a 50% rebate to switch to solar power, on top of the Federal Government’s existing 30 percent rebate, the state of Louisiana has some of the best solar incentives across the United States. Nevertheless, choosing to install solar panels is a daunting task and still requires financing and knowledge that can be beyond the reach of many citizens.

Passionate about the benefits of “going green,” Michael had always been interested in exploring a solar panel installation for his home. But the upfront costs required to install such a system meant that it stayed on the “nice to have” list, instead of becoming an achievable priority; as Michael explained, “The price was too high as an individual with no bargaining power.” When Michael heard about 1 Block Off the Grid’s campaign to help people gain an extra 15 percent discount on top of government rebates through a bulk purchase of solar panels, it was the opportunity he had been waiting for. Not only was the reduction in the installation price hugely valuable in itself, but “1BOG also found the best company to install the solar panels instead of me getting multiple quotes from multiple companies.”

Part of 1BOG’s first New Orleans campaign, Michael’s 6.9kW system of 30 solar panels was activated in December 2009, with Michael recently receiving his first electricity bill in nine months – for $18.51. “For the past nine months I have had credit on my electricity bill. My solar system is forecast to run about 90 percent of my yearly electric expense,” he explains. Having already received the government rebates for his system installation, it will only take Michael 5-7 years to completely recoup the remaining 20 percent of the installation costs through his electricity savings.

With 1BOG enabling communities across the United States to make solar power a priority by bringing neighbors together for a collective purchase, the cumulative benefit of these economic and environmental savings is almost immeasurable. 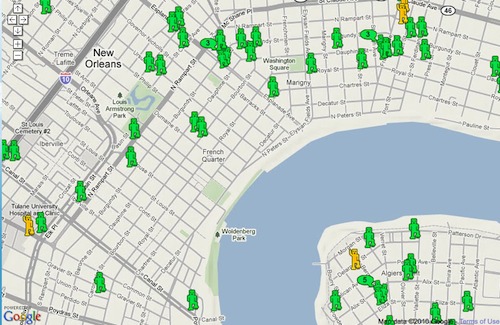 The motivation: While the initial benefits of utilizing 1BOG to arrange a solar panel installation are more individual in nature, the sense of community built around the group purchasing of solar panel installation is a critical factor. “I have slowly noticed solar panels being installed across the New Orleans area,” observes Michael, as 1BOG launches into its second New Orleans campaign. “1BOG helps to get the word out in the area about going green,” and as a proud 1BOG member, Michael helps to spread that message.

While achieving great price savings for its community, the other aspect of 1BOG’s success is their education and advocacy around solar power, helping their members through the installation process. “They educated me on the process of going solar and answered my many questions patiently until I was satisfied.” Performing research and brokering deals on the client’s behalf has seen more than 1000 homes across the United States become equipped with solar panel systems. It is this groundswell that Michael believes is most important in achieving environmental sustainability. “The more people talk about going green, like 1BOG, the better.” 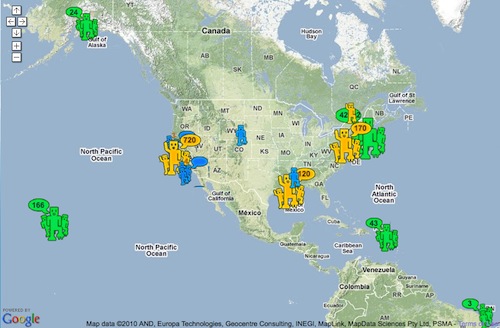 A shared future? The notion of joining collectively with other community members to achieve common benefits was a relatively new one for Michael and his neighbors, but is something he would definitely be prepared to explore further. Beyond the realms of the solar industry, groups such as the Carrot Mob are harnessing the power of group purchasing to encourage and support socially responsible decision-making in business.

An individual consumer can often feel powerless to make the right choices when it comes to responsible brands, environmentally friendly products and even whether or not to go solar. Organizations like 1BOG help consumers band together to not only facilitate individual choices but to enable collective action that supports the wider community.