How to Build a Better Block - Shareable
Skip to content 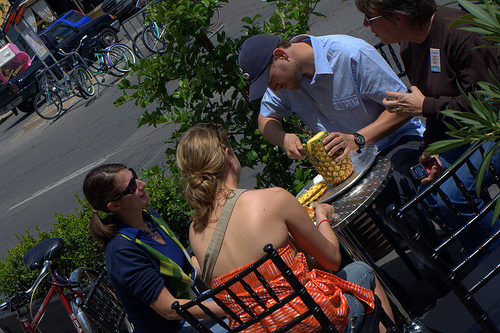 This article originally appeared on BetterBlock.org. It is reprinted here with permission from the author.

Due to the incredible success of the first Better Block Project in Oak Cliff, Texas, we’ve outlined the initial steps we took to pull together the effort. Below are some of the key elements needed:

– Identify a location with a block of buildings that has a good pedestrian form, but lacks a complete street. Typically, pre-war built areas or former streetcar intersections.

– Latch the Better Block to an existing event, such as an art crawl, ciclovia, fun run, etc. 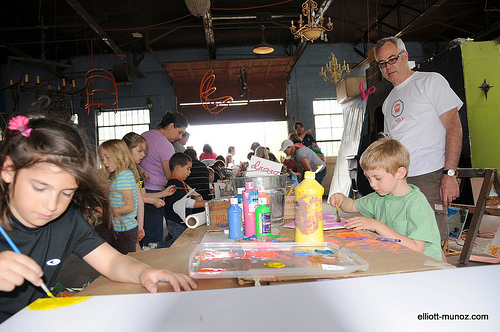 – Create groups to develop and install temporary “pop-up” businesses to show the potential for what could be if the street had a more inviting presence. Also, try and keep in mind all users (young, old, et cetera). We installed a cafe with outdoor seating to highlight the ability to re-utilize the space given to cars. We also created a kids’ art studio so families could be involved, and a flower/gift market filled with local crafters' goods. You could also do a book drive collection, and create your own small bookstore with what is collected. You don’t have to get overly elaborate with your product offerings.

For the cafe, we only offered coffee out of pump urns that we brewed onsite… a local pastry shop came by and freely gave us scones, muffins, and more to help. We put as many local products as we could in each of the shops.

– Include many people-friendly aesthetics. We worked with a local props warehouse to bring in planters to help divide the street, and temporary street lighting. You can also build your own planters from old pallets and build sandwich boards. We also strung bailing wire between the buildings at 15′ high (above a semi-trucks lowest clearance), and attached old christmas lights to help provide more ambiance.

– Paint your own cycle track! You can use a lime green paint in the typical parking area and paint a five-foot stripe. It’s also good to add a two-foot buffer zone (painted white diagonal lines) to allow for adjacent parking/door zone clearance.

– Invite artists to perform in the street. Music is a key component to having an exciting street. Use a guitar amplifier and pump out tracks from an iPod, or invite DJs, drum circles, et cetera. 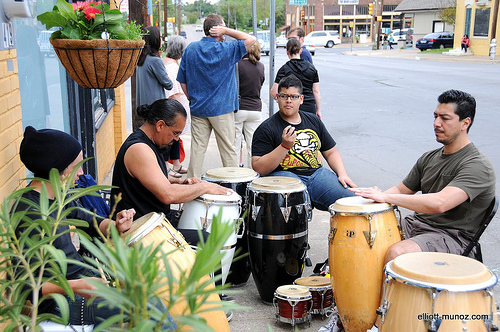 – Remember that people want a reason to stay and be a part of the environment. Be sure to provide plenty of seating, things to read (maps, build simple kiosks to use as community boards, food/drink), chess boards, et cetera. Print out and post the story of the block (its history, its present, its future as a neighborhood place).

– Promote throughout the neighborhood, city, and more. Send fliers to local universities, schools, and more.

– You’ll more than likely need a permit to close a portion of the street. We specifically asked to allow one lane of vehicle traffic so that residents could see that a “complete street” that allowed all modes of transit was a viable solution. Had we simply blocked off the entire street, the message would not have been conveyed as well.

– Invite your mayor, council members, city staff, so they can see the possibilities for themselves. Be sure to track sales to show the increase in area business (Potential for increased tax revenue is a city’s largest motivator for change.), and spotlight how traffic slows but people still have easy access and come out.

Jason Roberts is a founder of the Better Block project which is a demonstration tool that temporarily revisions an area to show the potential to create a great walkable, vibrant

Jason Roberts is a founder of the Better Block project which is a demonstration tool that temporarily revisions an area to show the potential to create a great walkable, vibrant neighborhood center.