Cycling Etiquette (A.K.A. How Not to Be a Jerk in Three Easy Steps) - Shareable
Skip to content 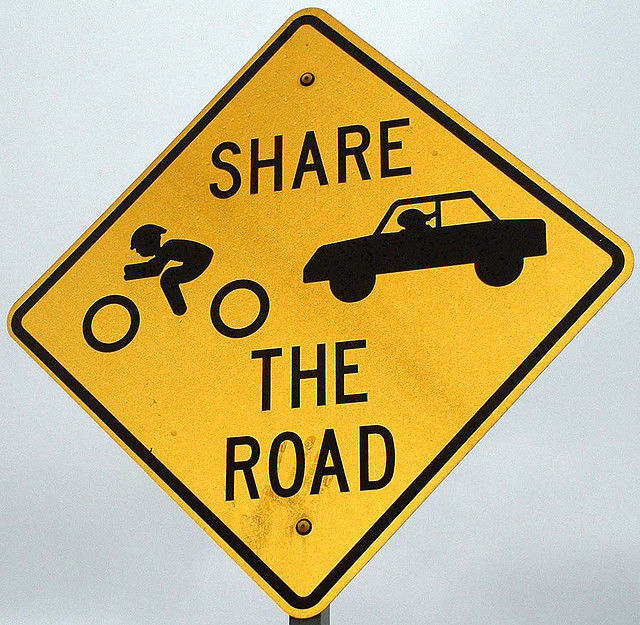 Cycling ads bombard us with colorful imagery of riding bikes, leaning on phrases like “carefree” to titillate the mind’s happy-zone (while conveniently helping us to loosen our purse strings). And there’s little doubt that in these complicated times, the carefree message is a compelling one. After all, how beautiful would it be to see the masses out on their bicycles, enjoying the wind blowing through their collective hair without a care in the world?

In this carefree world, our bikes would work flawlessly no matter how long it’d been since we’d lubed the chain. Finally absolved of all our worries, we could blast around blind corners, hammer bike paths, and skid to our heart’s content. We could ride three, four or five abreast, airily chatting away and – with our hands free from the burden of signaling – we could update our online status from the comfort of our bike seats.

In the real world, caring isn’t a choice; it’s a responsibility that’s part and parcel of the social contract. We pool our resources and share the benefits. Ideally, everyone on roads, bike paths and trails watch out for each other, behaving in predictable and considerate ways, operating from a shared set of rules.

Since you can easily find the best set of rules for your ride with the magical googling machine, they won’t be listed here. Instead, we’re going to focus on a single maxim that we’d all do well to live by:

Jerks don’t compromise – they don’t take the time to understand etiquette and they don’t take others’ perspectives into consideration. Jerks are self-centered, self-serving, and often assume everyone else’s behavior exhibits the same level of jerkitude as their own. They assume the bike rider in the middle of the road is a jerk, not noticing the shoulder filled with glass and potholes. They assume the driver who honked is a jerk, not realizing his intention was to give a helpful heads up before nervously passing a bike rider. They assume the person going the wrong way down the trail is a jerk, forgetting that the directional sign can be hard to see.

To address jerky behavior, we must first identify the jerks. The easiest place to begin your jerk-hunt is… in the mirror. We all have the capacity to forget how our behavior affects others. 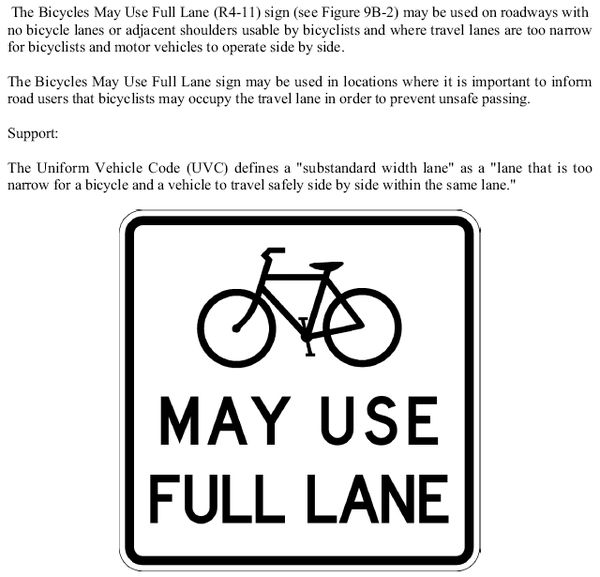 Here are three easy tips for mitigating jerkishness and making the world a easier place for us all to live, whether on a bike, behind a steering wheel, or cruising around on the hoverboards Back to the Future promised would be around by now.

Kristin Butcher is a freelance writer based out of Boulder, Colorado. She spends her time writing about people, the outdoors and, of course, bikes. You can read her column, Butcher Paper, in BIKE Magazine.

PeopleForBikes is the leading movement to improve bicycling in the U.S. By collaborating with millions of individual riders, businesses, community leaders, and elected officials, we’re uniting Americans to boost bicycling

PeopleForBikes is the leading movement to improve bicycling in the U.S. By collaborating with millions of individual riders, businesses, community leaders, and elected officials, we’re uniting Americans to boost bicycling on a national level for results that can be seen locally.

Our goal is to make every bike ride better, whether that ride takes you on trails, down to the grocery store, or all the way across town. Why? Because when people ride bikes, great things happen for our bodies and our minds, and our communities and our nation.­­

So who are we?

We are casual riders, weekend warriors, and commuters.

We are parents and grandparents, neighbors and friends. We are business owners and industry leaders.

We are people who enjoy riding bikes, just like you.