Car Sharing Laws for Everyone - Shareable
Skip to content 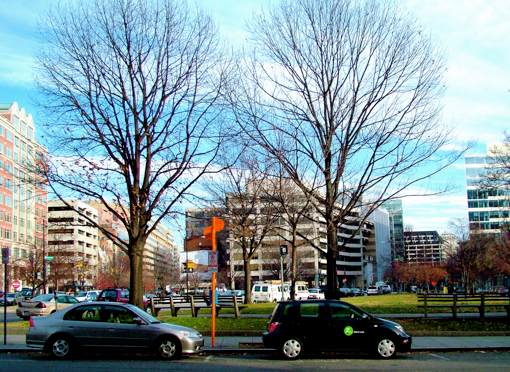 On January 1, California enacted a cool new law to make it easier for people to share their cars. With your help, this kind of law could quickly and easily spread throughout the country. If you have an hour to spare, see if you can get one of your legislators on the phone and ask them if they would be willing to sponsor a similar bill in your state.

The basic sentiment behind California’s AB 1871 is this: If you share your car and get money in return, so long as you don’t make more money than it costs to own your car, then you should not be treated as a car rental business. The law is a little more detailed than that, as I explained in Part 1: DIY Carsharing. However, in the big picture, the important thing is that our policy makers have made a distinction between 1) sharing as a way to offset costs and 2) sharing as a way to make a profit. This distinction could potentially be the basis of a wave of sharing laws that could give us new ways to save money by sharing housing, food, and many other necessities.

In the meantime, car sharing laws are an easy place to start. California’s AB 1871 addresses a common barrier to car sharing, which is that if you share your car with someone else and get paid for it, your insurance company may declare that you are operating a car rental business and may refuse to cover you.

California’s new law gives us a pathway around this insurance barrier, by creating a framework whereby you can regularly let people use your car and earn money (but not a net profit). The law provides that if you want to share your car, you have to make your car part of a Personal Vehicle Sharing Program (PVSP) that facilitates the car sharing and will keep track of who drives your car, when, and where. Most importantly, the PVSP provides the insurance while other people are driving your car. That way, your primary vehicle insurance does not have to cover the other people who drive your car, and they won’t classify you as a car rental company.

Time for Car Sharing Laws in the Other 49 States

The history of AB 1871 bodes well for the passage of such a law in the other 49 states. The final text of the law was passed by unanimous votes in both the Senate and Assembly, so it will likely be a slam-dunk anywhere else.

However, getting the law passed elsewhere first requires understanding the interests of auto insurance companies and the insurance industry. Entrepreneur Sunil Paul, founder of peer-to-peer car sharing company Spride, was responsible for introducing the law and lobbying for its passage. He explained to me that the process involved a handful of tradeoffs with the insurance industry. When the law was first introduced, it was only about 150 words long and it basically said that your insurance company could not classify you as car rental company if you are sharing your vehicle, so long as 1) you are not making a profit, and 2) separate insurance will be provided by a carsharing organization while the car is driven by someone else. The lobbying groups for the insurance industry immediately registered their opposition.

It seems that insurance companies’ main concern was that they didn’t want the new law to force them to take on any additional risk when a customer starts sharing their car. By creating a system whereby a third party car sharing program provides insurance to cover the non-owner driver, it creates another layer of insurance to insulate the primary insurance provider.

After its introduction, the law was amended about 8 times, creating a requirement for a PVSP and adding specifics about how it would operate, keep records, indemnify the primary insurance provider, and make absolutely sure that the primary insurance provider will not be liable for accidents that happen while the car is used by a PVSP member. Once these changes were made, the insurance industry retracted its opposition and the bill sailed through.

A Suggested Change to the Law

If this law is proposed in other states, it’s definitely worth revisiting and questioning the necessity of all of the provisions the California law included, particularly the requirement that third-party PVSP be involved at all. The requirement of enrolling cars in a PVSP still presents a pretty difficult hoop for most car sharers to jump through, especially until the market makes available many PVSP options. It should be enough to allow people to share their cars with others, so long as they aren’t making a profit and so long as the other drivers carry their own insurance policies. According to Sunil Paul, the requirement that a PVSP be involved was, in the insurance companies’ minds, a way to ensure that the drivers and cars are vetted by a third party. However, I believe it’s reasonable to expect the driver’s insurance provider to do their own vetting, since they are the liable party, after all.

So, 49 other states, ready to start talking to your legislators? If so, send them the text of California’s law; here it is! If you have any questions, feel free to contact me at the Sustainable Economies Law Center: Janelle.SELC@gmail.com